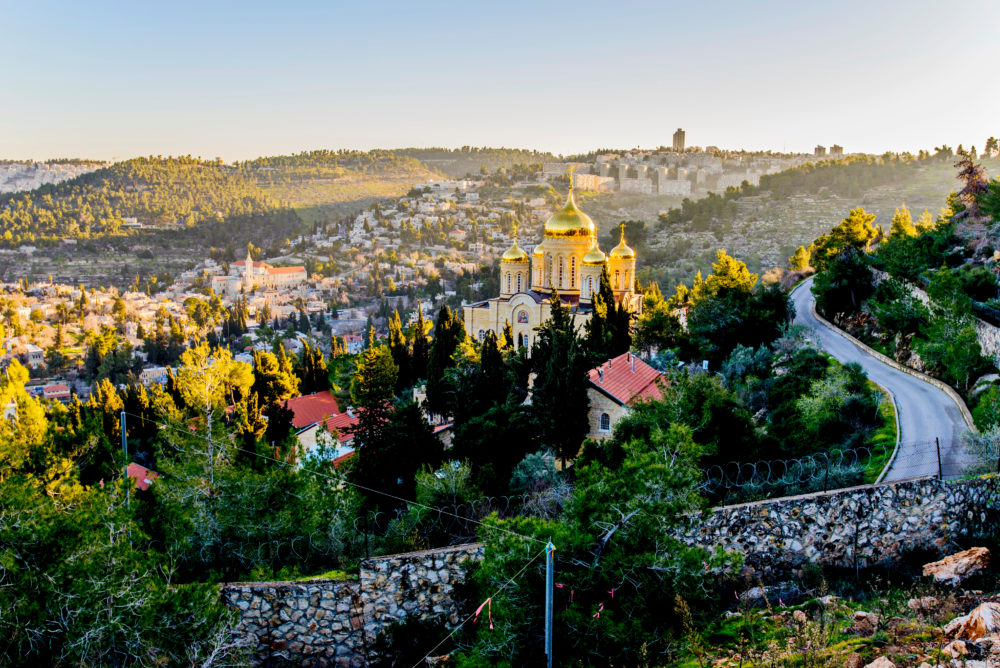 My name is Shulie Mishkin and I am a tour guide in Israel. This column will be an opportunity to explore places and people in the land. Welcome!

This week let’s visit the beautiful village of Ein Karem. Today Ein Karem is part of the municipality of Jerusalem, just down the road from the modern and enormous Hadassah Ein Karem hospital. But it feels like a place in the country; charming, small and easy to traverse. Like many places in and around Jerusalem, Ein Karem has a Christian connection and you can see quite a few churches dotting the picturesque landscape. But let us remember that the story of the beginnings of this new Christian religion are deeply rooted in Second Temple Judaism, and Ein Karem is no exception.

The village, like many ancient farming villages, exists because it has a natural spring at its center. The spring was the lifeblood for the people and their agriculture. Ein Karem was settled already three thousand years ago. First it was a Canaanite settlement, then an Israelite one and then a Jewish town in Second Temple times. Was it called Bet HaKerem in those days? We know that name from the Bible and it was clearly a village in proximity to Jerusalem, also Ein Karem keeps the same basic meaning (both connected to vineyards) and the land sits above the mighty Nahal Sorek, whose name is also connected to grapes and vines. So maybe, but so far no one has found the “Welcome to Bet HaKerem” sign from two millennia ago.

Ein Karem was one of a ring of farming villages around Jerusalem, supplying food for the city and the Temple. Jerusalem in ancient times was only what we today call the Old City and no farms could possibly exist in that small area. So other places provided the wheat, oil, wine and animals to sustain the residents, fuel the Temple service and feed the thousands of pilgrims who would visit the Temple every year.

What’s the Christian connection? The New Testament talks about an important meeting between Mary, Jesus’ mother, and her cousin Elizabeth, in “the hill country of Judea.” Both women are pregnant at the time, and Elizabeth’s fetus starts kicking like crazy when she meets Mary. The women interpret this as a sign from God about the holiness of Mary’s child. Eventually, Elizabeth’s son will be called John the Baptist and he becomes the harbinger of the arrival of Jesus as Messiah. Already in the Byzantine period, the Empress Helena identified Ein Karem with this story and a number of important churches were built here.

The most centrally located church is the church of John the Baptist, or John in the mountains as it is known in Hebrew. This church was built by the Franciscans in the seventeenth century but it is built on the remains of a much older church from Byzantine times. In the 1940s the Franciscan fathers had the courtyard of their church torn up by British tanks that were parked there. After the tanks were removed they took the opportunity to excavate. They found the remains of the older church as well as Roman statues and a very curious installation. Father Saller, who wrote the report about the excavation, described a strange underground cavern. It is plastered like a cistern but has steps leading down to it and only a small rectangular cavity at the bottom. He was puzzled – it clearly was for water but it was not built like a cistern! Sixty years later a young Israeli researcher, Tamar HaYardeni, looked back at Saller’s notes and understood that he had found an ancient mikveh from Second Temple times. She received permission to go down and photograph it. What would the good father have thought if he knew that he had found the mikveh that may have been used by John, famous for immersing people (since that is what baptism really is).

Whether you visit Ein Karem for the Jewish story, the Christian story or just to enjoy its beauty, it is well worth a trip, especially at the end of the winter when the almond trees are in bloom and their colors fill the valley.

Shulie Mishkin is a licensed tour guide who focuses on sources and learning through experiencing the land. She also does virtual tours. Find out more at https://www.shuliemishkintours.com/