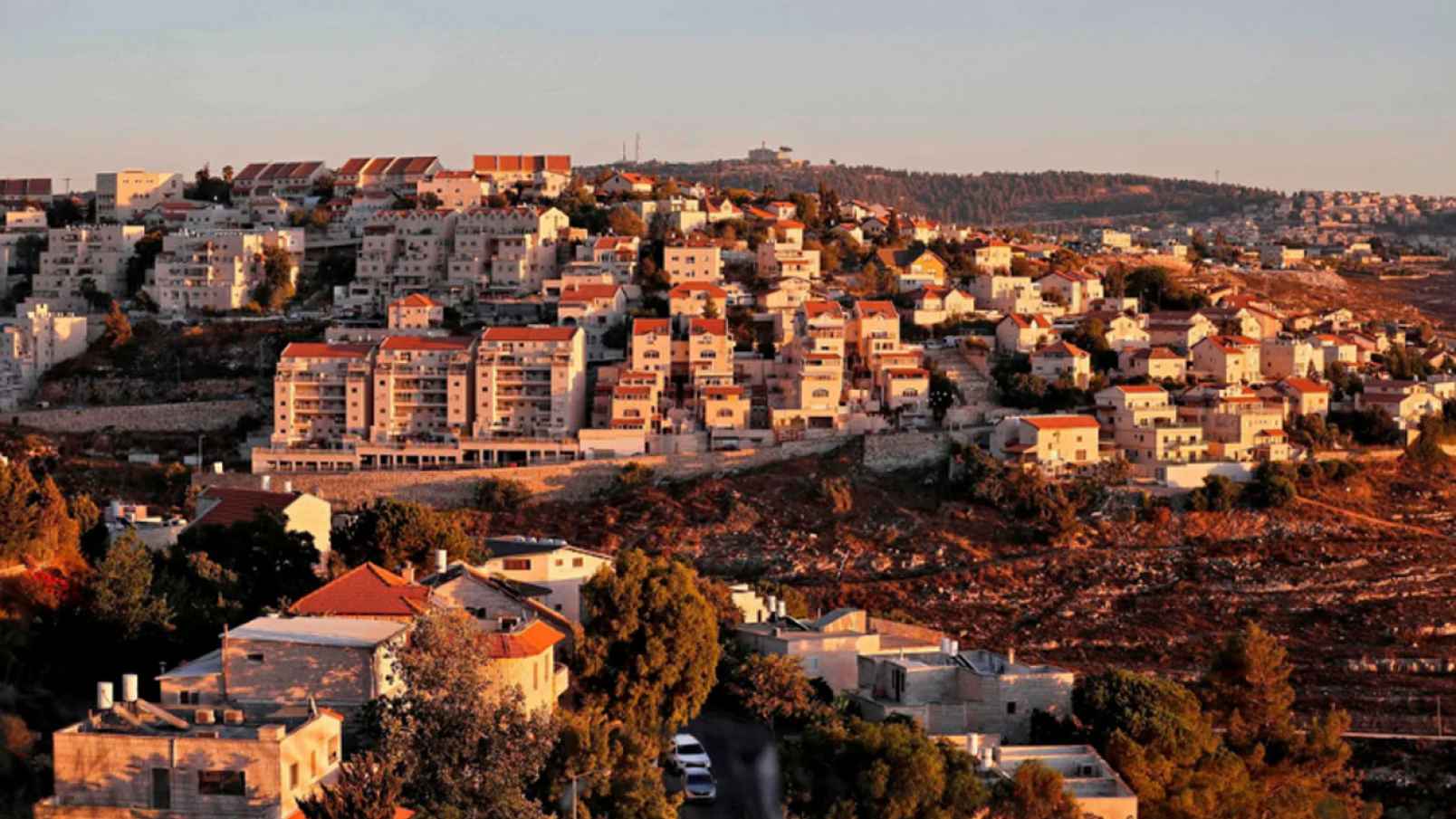 There are many outrageous charges leveled at Israel by Palestinian Arabs and their supporters on the political left. Advanced without concern for veracity, the charges enter public awareness by way of constant repetition.

Rather than being directed at all of Israel’s Jews, this one focuses on those who live in Judea & Samaria. Within this population of “settlers,” it is said, there are young men who act violently towards innocent Arabs.  This phenomenon is identified as a growing problem of serious concern.

Among those who give voice to this accusation are left-wing elements inside of Israel: officials, such as Defense Minister Benny Gantz (Blue & White) and Foreign Minister Yair Lapid (Yesh Atid), and some portion of the Israeli media. In the international community it comes – unsurprisingly – from the UN and the EU, as well as the US.  The State Department report on terrorism released in late December included the outrageous contention that this was one of the causes of Palestinian Arab violence.

We can, however, identify significant problems with the ways in which “settler violence” is researched:

○ Frequently there is a failure to confirm that alleged attacks really happened as charged, and that those doing the attacking really were Jews living in Judea & Samaria.

○ Very often there is no attempt to consider the broader context of the alleged violence.

Nor is it difficult to discern the agendas at work:

□ Attempts are made to equate the severity of alleged attacks by “settlers” with attacks on Jews by Palestinian Arabs. Presumably, this redirects attention and mitigates distress about Arab attacks.

□ As well, there are attempts to use this situation to convey the impression that it might be better if Jews did not live in Judea & Samaria. This bolsters the case for that “two-state solution.” Commitment to “two states” may be what motivates the likes of Gantz and Lapid, although it is possible that they are simply demonstrating a pathetic eagerness to stay in concert with the international community.

□ Then, finally, international entities may level either implicit or overt criticism against the Israeli government and/or the IDF for failing to confront “settler violence.” This is consistent with other efforts to delegitimize Israel.

What I provide here is an over-view of the situation.  I do not presume to claim that there are no instances of settlers attacking Arabs. What I do claim is that both the severity and the frequency of such attacks are inflated.

I begin with one recent accusation that addresses the matter of context.

At the end of last year, it was reported that students of the yeshiva in Homesh, in Samaria, threw stones within the perimeter of the neighboring Arab village of Burqa.  In one news report, it was said that windows in a new house were broken.  I have seen no documentation of physical injury to the Arabs of Burqa by the students of Homesh.

I certainly do not endorse stone throwing.  But I feel the need here to consider the broader situation:  These students were grieving, having suffered the loss of one of their own, Yehuda Dimentman, in an unprovoked drive-by shooting by Arabs in mid-December.

While grieving, surely many were also very angry. How could it have been otherwise?  But there was not the remotest indication that they were planning a retaliatory murder of a local Arab.  Rather, it seems some may have thrown stones.

In a situation such as this, should we be focused on “settler violence” or on methods for preventing murderous attacks by Palestinian Arabs?

This comes to 18 attacks against Jews in Judea & Samaria per day!

Compared to 2020, last year showed a 38% increase in stone-throwing incidents, a 36% increase in Molotov cocktail attacks, and twice as many stabbings.

I post about Israel regularly.  Repeatedly I have noted the praiseworthy behavior of Jews in Judea & Samaria when coping with the terrorist murder of one of their own.  They don’t seek vengeance, they want to build in the memory of the person who was cut down.

These Jews are in the main dedicated to Zionist ideals. No, they are not perfect: given the stresses they deal with, we shouldn’t be surprised that some small number might lash out in frustration on occasion.  But they should be saluted for their courage in the face of terror and their commitment to their ideals, not vilified. Yet they are being vilified.

On January 27, Jerusalem Post Editor Yaakov Katz wrote a column called ‘It is time to combat settler violence.” At first blush it appeared fairly moderate. For he made the point that it was only a small minority of “settlers” that was violent. But then I looked again.

Katz voiced distress about the lack of enforcement of law in Judea & Samaria (law concerning Jews, he meant).  In this context he cited Deputy Minister Yair Golan (Meretz), who “called the Jews who have been trying to illegally resettle the evacuated settlement of Homesh ‘subhuman,’ after the army said that some of them had vandalized nearby Palestinian property.” (Note: the charge is vandalizing property, not vicious bodily attack.)

Wrote Katz: “Golan – who later apologized – was wrong in his choice of language…On the substance, though, he was not wrong.”

I was aghast!  Golan had sent a public message to the Bedouin in the Negev when they were rioting by the thousands, subverting law and insisting on their right to illegal housing. He told them not to worry because he and others were with them.

Katz apparently didn’t mind that Golan endorsed violence on the part of the Bedouin.  He didn’t demand that Israel apply “rule of law” in the Negev.  Only in Judea & Samaria, where Jews are concerned and there are, says Katz, “violent criminals” in some of the Jewish communities.

What we see here is a stunning example of a highly politicized double standard!

David Bedein, director of the Center for Near East Policy Research, then put out an open letter to Katz, in which he posed a number of questions in order to make the point that matters are not always as they seem:

“…ISM is a well-organized anarchist group who use clever infiltration such as wearing tzitzit [ritual fringes]…flowing from their shirts to gain entry and access to Jewish communities in Judea and Samaria, while befriending pro-Arab NGOs.

“Have you ever asked anyone in the police or GSS [General Security Service] about whether some or all of the masked rioters are indeed members of The ISM or any other anarchist group?”

In the fall of 2019, Rabbis for Human Rights (RHR) went to help Arabs harvest olives near the community of Yitzhar in Samaria – as is their practice.

Rabbis for Human Rights is identified by NGO Monitor as a partner of Ecumenical Accompaniment Programme in Palestine and Israel, which “promotes BDS campaigns and utilizes demonizing rhetoric accusing Israel of ‘apartheid,’ ‘collective punishment,’ and ‘war crimes’.”  On the occasion I recall, the members of RHR who were helping with the harvest claimed that a group of “Jewish settlers” charged down from Yitzhar and began attacking them. The “settlers,” they said, then set fire to the olive grove.

I subsequently learned from an impeccable source that it was the Arabs who set the grove on fire to implicate the “settlers.”  Various members of RHR individually put out information on Facebook about what had transpired.  One said that the entire olive grove had been burned down.  A subsequent message observed that they would have to return the following week to complete the harvest.  There were messages, as well, about an elderly rabbi allegedly injured by the “settlers” that did not hold up.

Many believed what the RHR had charged regarding violent “settlers.”  Only because I asked questions, and monitored the situation, did I find the holes in the story.

I have learned that on occasion there have been Jews – Jews without honor or a shred of integrity – who have confessed to having attacked Arabs for a price.  Some of them – perhaps many – are not “settlers” at all.

What I have further learned is that the EU has paid the anti-Israel NGO Breaking the Silence a very substantial sum to raise public awareness of “settler violence.”  Breaking the Silence, NGO Monitor tells us, is “active in promoting ‘war crimes’ charges against Israel…based on anonymous and unverifiable hearsay ‘testimonies’.”

We see then that there is no reason to accept charges that there is “more settler violence.”  The issue is simply being more vigorously promoted.  Several reports actually indicate a reduction in Jewish violence.  According to data made available by the Israel Police in December, reports Yisrael Medad, “there has been a 61.1% drop in so-called price-tag attacks.”

Attention must be directed towards the considerable increase in violence directed AGAINST settlers, which has been documented.

Arlene Kushner is an author, investigative journalist and blogger. She can be found at arlenefromisrael.info.