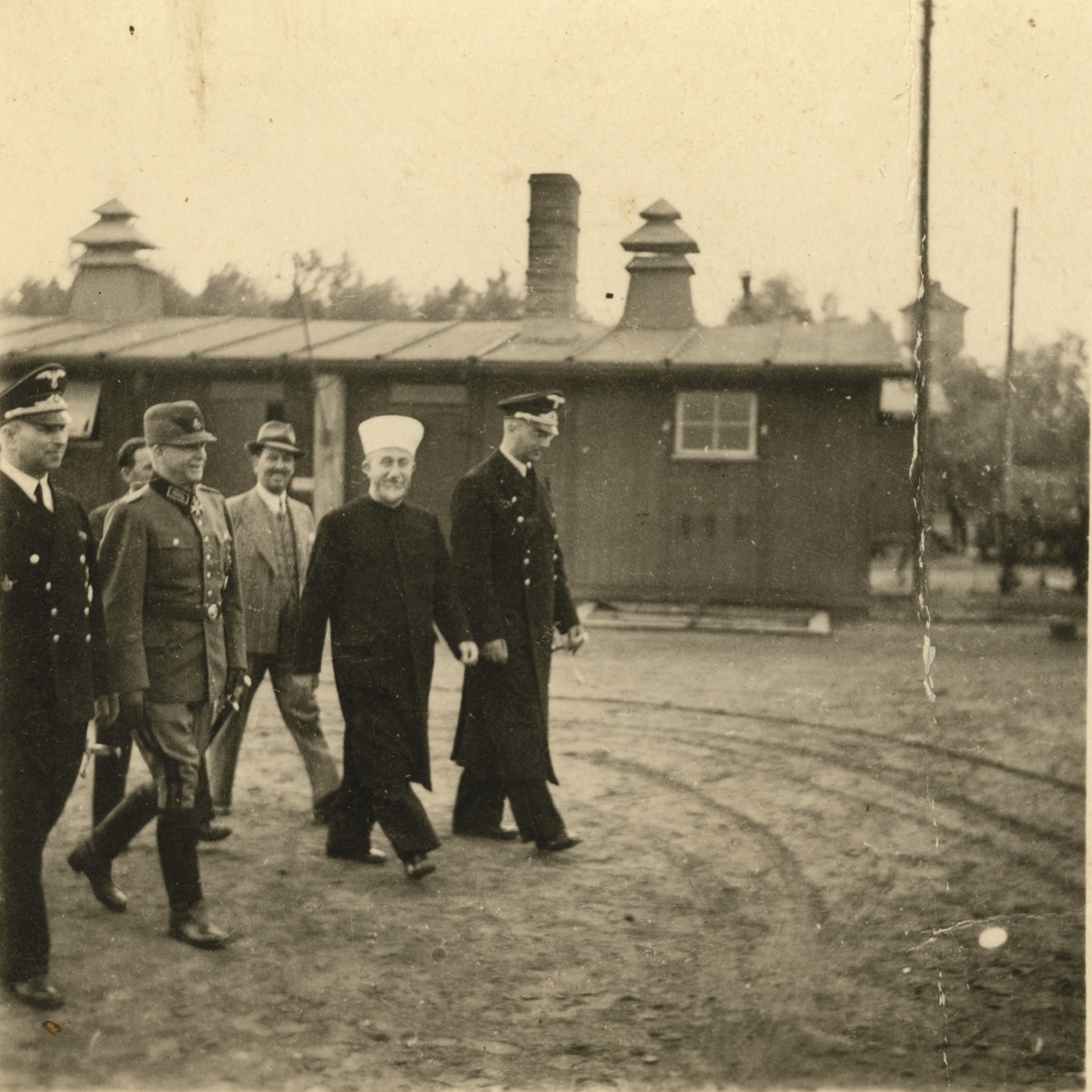 To marginalise the wartime Grand Mufti’s contribution to the Nazi enterprise sets a dangerous precedent, and to erase him from Yad Vashem minimises the history of how Nazi ideology was imported into the Arab world, where it still partly festers today. Writing in JNS News, Ellie Cohanim and Maya Carlin wade into the controversy over Yad Vashem’s refusal to re-instate a photo of the Mufti.

Throughout Hitler’s rise to power, the mufti remained a leading figure in the Arab world, and his vehement anti-Semitism and contribution to organized war crimes against Jews have been and will remain significant facts in Holocaust history.

The mufti is best known for directly forming and training Arab refugees and Arab-Europeans in Waffen-S.S. (combat) divisions. He was tasked in 1943 by the S.S. with recruiting Bosnian Muslims in an effort to establish the “Mountain division.”

In Himmler’s Bosnian Division, author George Lepre explains the significance of the Nazis’ securing of a religious authority like al-Husseini in their expansion efforts, since local Muslim leaders prohibited Muslims from working alongside the Nazis. Due to the mufti’s commitment to the program and robust propaganda efforts, an estimated 27,000 recruits signed up.

In addition to his endeavor to recruit Arabs into Axis armies, al-Husseini wholeheartedly supported Hitler’s master plan for Jews and had personal knowledge of how Nazi concentration camps operated. In a series of photographs sold at a Jerusalem auction in 2017, the mufti is seen alongside a handful of other global leaders at the Trebbin concentration camp in 1942. This serves as proof that the mufti understood the fate of Jews in Europe and hoped to emulate that path for Jews in the Arab world.

While recruiting for the Waffen-S.S. and visiting concentration camps certainly aided Hitler’s wartime agenda, the mufti’s most profound contribution to Nazism was in the propaganda realm. He spearheaded efforts to politicize Islam through radio interviews, pamphlets and newspapers that ultimately helped facilitate the emergence of a new Islamic anti-Semitism.

In his constant broadcasts on the Arabic-language Nazi network Radio Zeesen, he manipulated texts from the Quran to attack Jews as enemies of Islam. Between April 1939 and April 1945, Radio Zeesen broadcast in Arabic every day and al-Husseini was its key clerical voice.

The radio segments were professionally broadcast daily in various Arabic dialects to amass the widest range of listeners possible. The program severed as a significant tool for the mufti to propagate this new Islamic-based anti-Semitic narrative. By providing a religious justification for Jew-hatred, he was able to secure the Muslim supporters that the Nazi Party otherwise would have struggled to acquire.

In addition to Radio Zeesen, anti-Semitic Islamic literature spread like wildfire throughout Arabic-speaking communities. The manifesto Islam and Jewry combined anti-Jewish motifs in the Quran with modern European anti-Semitic tropes in a form that can be characterized as “Islamic anti-Semitism.”

As Matthias Küntzel explains in Nazi Propaganda in the Middle East and its Repercussions in the Postwar Period, the text exaggerated and highlighted classically minimal episodes of anti-Jewish moments in the Quran to appear to be central themes in the religious text. This propaganda disseminated among Muslims helped fuel the Jew-hatred on which Hitler would eventually capitalize.

The Egyptian-based publisher of Islam and Jewry, Mohamad Ali al-Taher, was an associate of the mufti’s and has been linked to facilitating relations between the Egyptian Muslim Brotherhood and German agents. Radio Zeesen and Islam and Jewry, which allegedly was written in part by the mufti, helped catalyze the rampant Jew-hatred in Egypt and fed into the Muslim Brotherhood’s vigor to annihilate the Jewish state.

In late 1945, on the anniversary of the 1917 Balfour Declaration, a wave of gruesome anti-Jewish pogroms swept Cairo. Several Jewish institutions were burned down, including the Ashkenazi synagogue in the Muski Quarter, and more than 100 Jews were wounded. By this point, the extent of the mufti’s war crimes was public knowledge. The mobs who perpetuated the pogroms chanted slogans defending him and vowed to murder every Jew if he were to be captured.

The Muslim Brotherhood’s ability to garner a massive mob to conduct such pogroms that year indicates that the Nazi ideology fueled and coordinated in part by al-Husseini had had a serious impact.

After the end of WWII, Jew-hatred remained so robust in Egypt that the country became a makeshift safe haven for Nazis. Collaborators like Johann von Leers, a senior S.S. official nicknamed “Hitler’s number one anti-Semite” for his work in Joseph Goebbels’s Propaganda Ministry sought refuge there.

In fact, the Mufti himself facilitated Leer’s entry into Egypt, where he would oversee anti-Israel propaganda as head of the Institute for the Study of Zionism. The author of dozens of books and articles published between 1932-1944, Leers was one of the most prolific anti-Semitic writers in Hitler’s Third Reich. According to recently declassified CIA documents, the work that Leers began in Germany and continued in Egypt irrefutably links to the decades of violent Arab-Israeli relations that would dominate the region for years to come.

Some scholars argue that the mufti was more concerned with achieving power or gaining a foreign ally than with exterminating Jews. Whether or not these alternative motivations played a part in his thinking is irrelevant, however. He unquestionably emerged as the leading non-European aide for the Nazis, and played a vital role in recruiting and training the S.S. soldiers whose main ambition was to secure Hitler’s reign by systematically murdering Jews.

Therefore, the marginalizing of his contributions to the Nazi wartime efforts is ludicrous and sets a dangerous precedent. Erasing him from Yad Vashem’s exhibit also minimizes the history of how Nazi ideology was imported into the Muslim and Arab world, where it festers in many corners of that world to this very day.