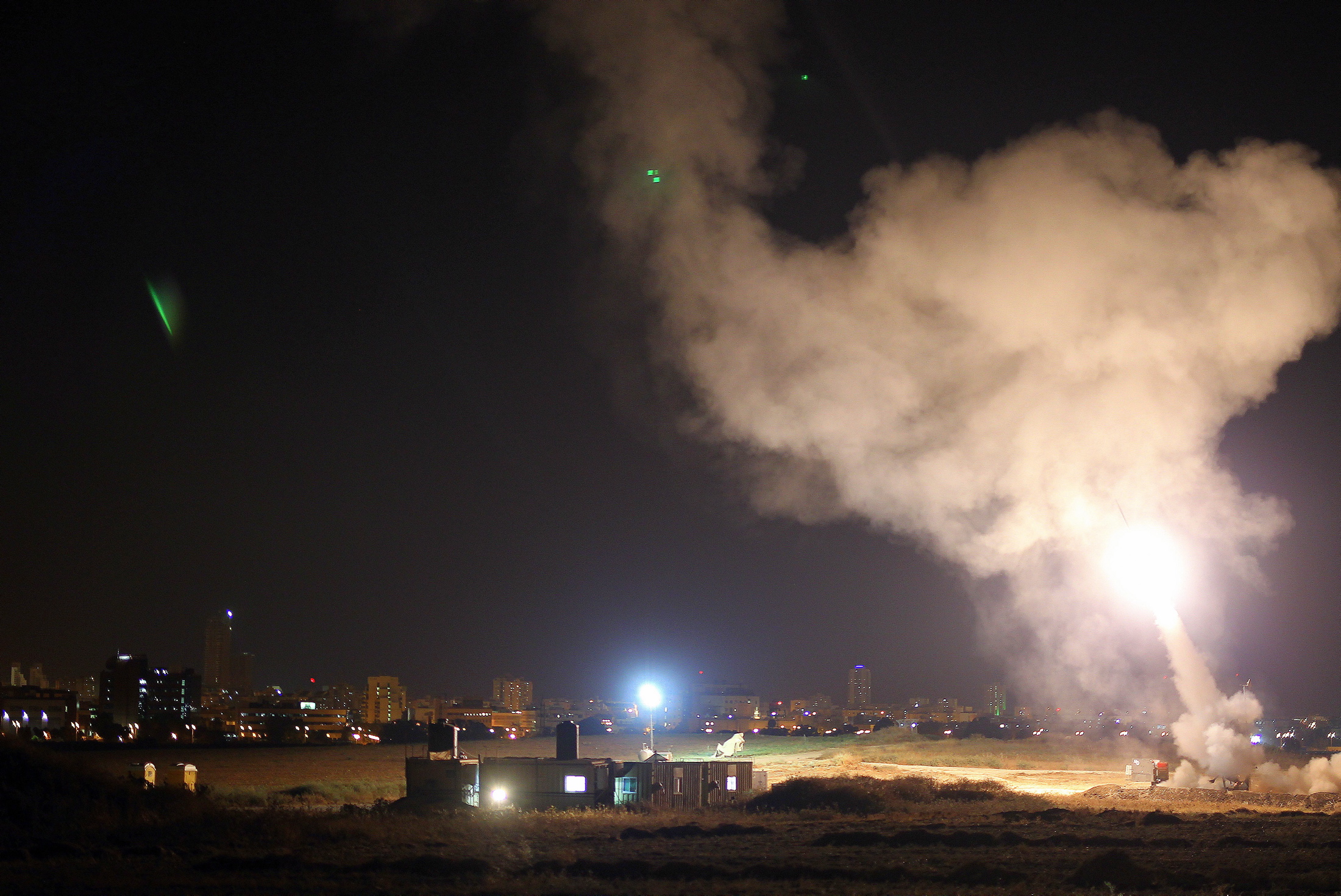 In the Bible chapter Judges, biblical figure Samson used a donkey bone jaw as a weapon. Also in that same chapter, a tent peg, millstone and a host of other odd weapons are used. Rather than the primitive makeshift weapons of the era, the Iron Dome of today is in stark contrast, a 21st century marvel and not really ‘a massive iron shield’ per se, but a metaphorical name for a defense system that ‘shields’ the nation. Although this dome does not have a 100% effectiveness, it is something many feel is necessary and even launched a kid’s toy line due to popularity. As Hamas attacks have become very frequent and Iran with it’s proxies rhetoric of destroying Israel continues, the Jewish state’s goal to survive is something it can’t be complacent about.

Videos on social media last year showed rockets fired from Gaza crumble upon impact as if they struck an invisible and impenetrable barrier. The roots of this invisible ‘shield’ go back to the aftermath of the 2006 Israel-Lebanon war, when Iranian proxy, I Hezbollah fired a volley of seemingly innumerable rockets unto Israel. The latter was still recuperating from 2 intifadas prior and a series of suicide bombings. This made the Israelis realise that they had entered a new era in warfare and had to adapt or face more destruction. So in 2007, they announced that the state-run Rafael Advance Systems would concoct a new, innovative technology system meant to defend the nation and with assistance from Israel Aerospace Industries, conceived the Iron Dome system. Again, is not a huge iron barrier that encapsulates Israel like a massive Berlin Wall or Great Wall of China – no, this is a more metaphysical concept.

How it works is multifaceted – firstly, Iron Dome’s radar is able to detect incoming rockets upto 70 km away. The second component is the battle management and weapons control (BMC), which calculates the trajectory to determine whether or not an incoming will hit a zone of human habitation or an empty area. The operater has to make a decision in the blink of an eye. While the Iron Dome is active, targeted residents still have to flee to air raid shelters when a barrage of rockets fly. If they do calculate that rockets will hit an uninhabited area, then they don’t deploy. The system’s success rate is 90 % – this definitely diminishes Hamas’s attacks, but even a 10% miss rate means that although loss of life is mitigated, it is not completely inevitable. 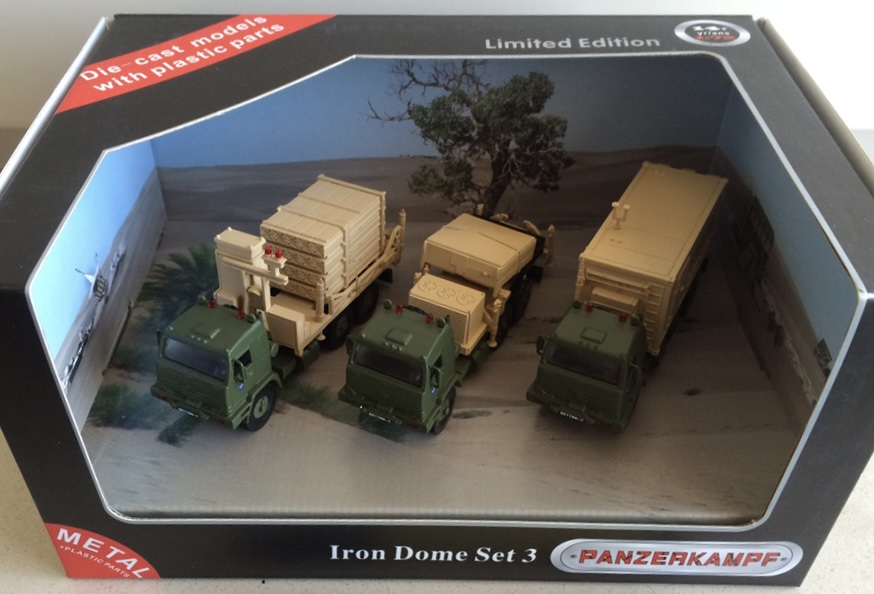 A battery has 3-4 rocket launchers with 20 missiles each. They do not truly strike the incoming projectile as we assume but rather explode when they get close by and this destroys the incoming in the process. The debris from such explosions can still do damage to people and the environment as it falls on the ground below.

Many critics have also mentioned costs: yes, to counter an enemy rocket, is an expense task that does not favour Israel. Each battery, costs over $50 million, and one interceptor Tamir missile costs approximately $80,000. In contrast, a cheap Hamas missile costs a mere 500$ to produce. So, that equals 2 Tamir missiles deployed to intercept each Hamas rocket. If you do the math, for every rocket Hamas or Hezbollah uses, Israel spends over 300 times to deter. Israel’s military budget of 5% of its GDP is already one of the highest in the world. This is money that they could potentially use for infrastructure, education or a slew of other projects.

On the news and social media, we saw dark skies, illuminated by hurling fireballs and sirens wailing away, reminiscent of alien invasions or apocalyptic battles in film. Also, if you think deep, it seems very surreal that a nation in 1948, fended off a host of Arab enemies with the most basic Czechoslovakian-made weapons and now has evolved in a mere 3 generations to having a sophisticated defense system that is the envy of most large nations – and this is while we still have veterans of the 1948 war still living among us. Since 2010, the US has also donated massive amounts of aid to help keep the state of the art defence project afloat. 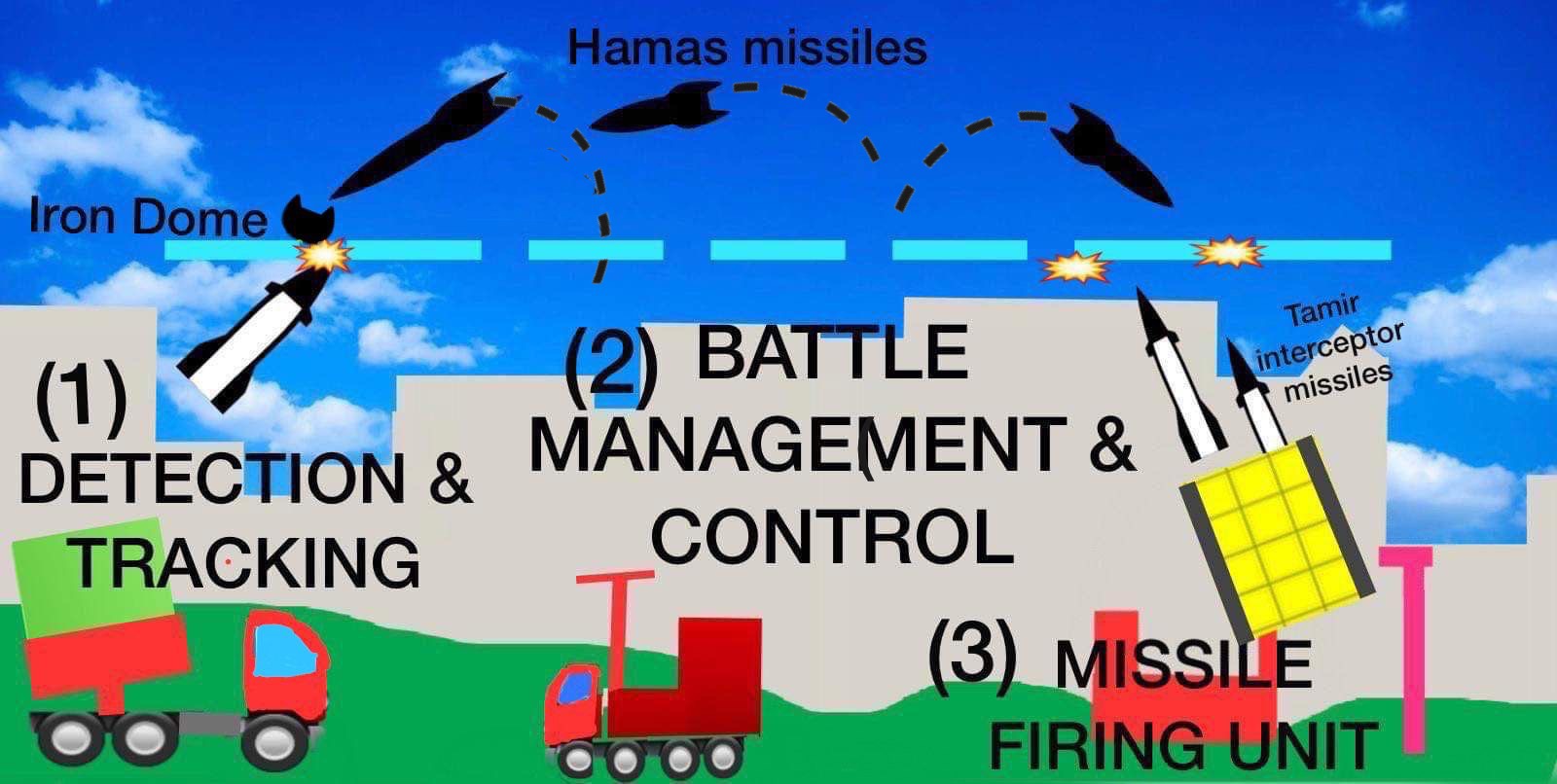 The Dome is also designed to operate in all weather patterns, including fog, rain or snow. In addition, there are Iron Dome installations across the nation. Most are situated strategically in close proximity to Hamas territory. There is also an installation in Tel Aviv. These are also mobile and can be transported by trucks if the need arises and cover more ground (or air). In 2016, Hanan Shpetrik, an Israeli toy car designer, came up with a kid’s toy version of the Iron Dome. Who knows maybe a Transformers movie character morphing into an Iron Dome could be next? Shpetrik in an exclusive interview revealed that the die-cast models were a limited edition of 2000 toys.

So, while the dome was built initially to deter Hezbollah in Lebanon, it evolved into a system that has been used against Hamas in Gaza more so. Still, Hezbollah keeps arming itself and now has an estimated tenfold the arsenal it had in 2006. The Lebanese militia probably have more firepower than some small NATO nations and more-so than, the Lebanese Army. So, Israel has to be ready to counter anything thrown its way. This year, Iran’s proxy in Yemen, Houthis conducted not 1 but 3 brazen attacks on the UAE and has conducted many attacks on Saudi Arabia prior. While Hezbollah and Hamas are on the Israeli borders, who knows if in the near future, Iranian proxy Houthis’ missile ranges could increase? UAE is around 1000km away from Yemen, Israel is 2000km. So who knows how things will evolve, if Israel could face threats from miles away. Maybe the Iron Dome is just the first step in evolution for a more wide-ranging future defence mechanism?

So while the dome does not cut casualties by 100%, it saves lives regardless. Therefore, if the goal is to save every possible life to the best of Israel’s ability, then it is an overall success. So, it is an expense which upholds the nation’s safety and stability and reflects that the state of Israel is willing to invest in saving human life no matter the price.