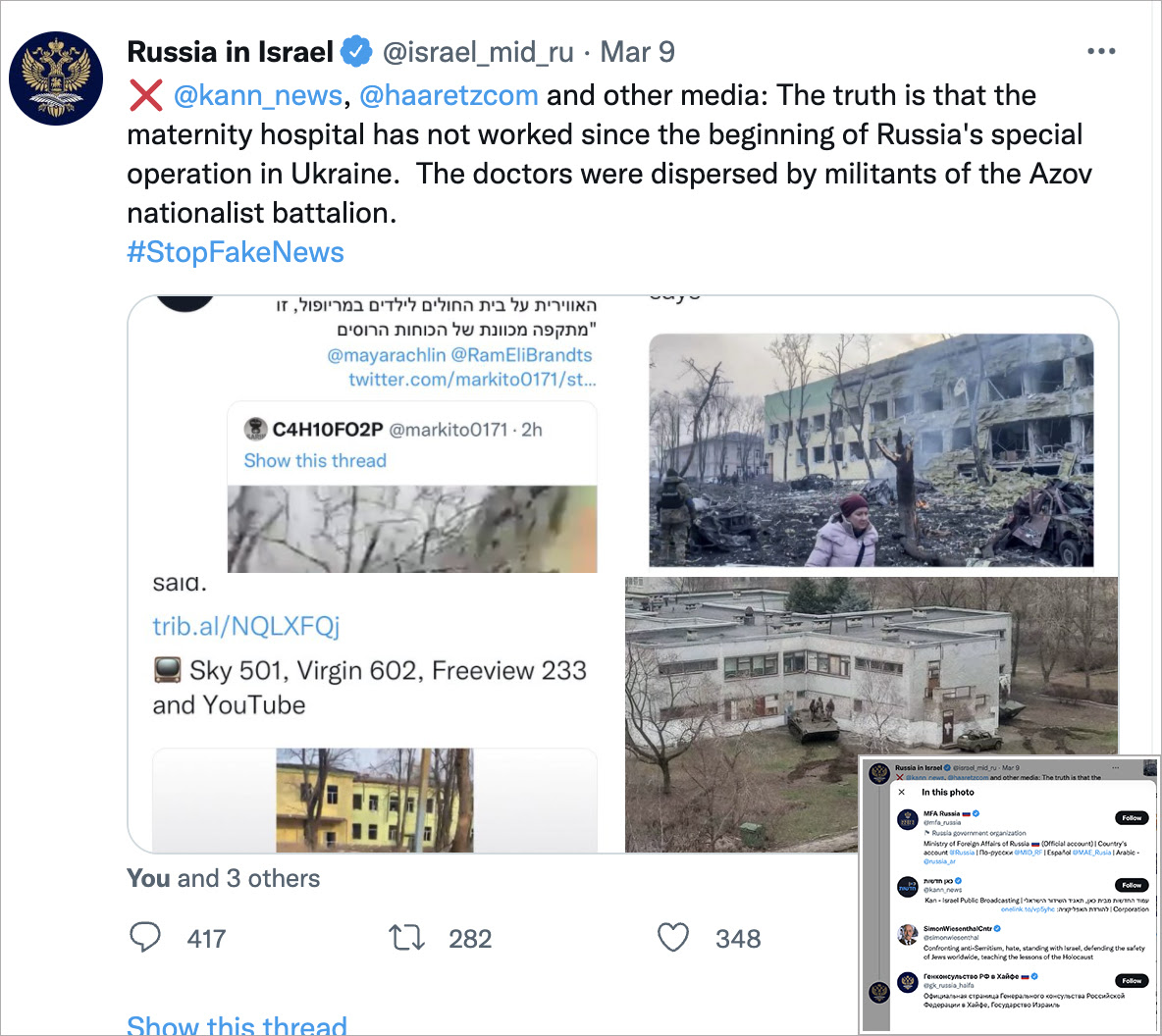 The Simon Wiesenthal Center (SWC) was an early target of a burgeoning Russian misinformation campaign trying to deflect world condemnation for their bombing of a hospital in Mariupol, Ukraine that killed or maimed pregnant women and innocent children.

The official Russian Embassy in Israel tagged the SWC and three others of spreading fake news using the social media #stopfakenews and instead, accused the Ukrainian Neo-Nazi ‘Azov Division’ of being responsible.

“Perhaps there are still some Russians who are ready to swallow whole such a lurid lie. The videos that emerged later in the day of pregnant women being carried out of the bombed-out hospital on stretchers have shaken the conscience of the world,” declared Rabbi Abraham Cooper, Associate Dean and Director of Global Social Action at the SWC.

“During World War II, Hitler gave strict orders to hide the decision made at the Wannsee Conference to mass murder every European Jew, but Vladimir Putin openly spoke of his plans to destroy Ukraine in front of the international community and media. But the disastrous invasion has led him to unleash a full court fake news campaign to shore up support at home and to continue to demonize a peaceful neighbor being crushed by his forces.”

Later this month, the SWC will be releasing its 2022 Digital Terrorism and Hate Report that will include examples of additional false flag/fake news propaganda.