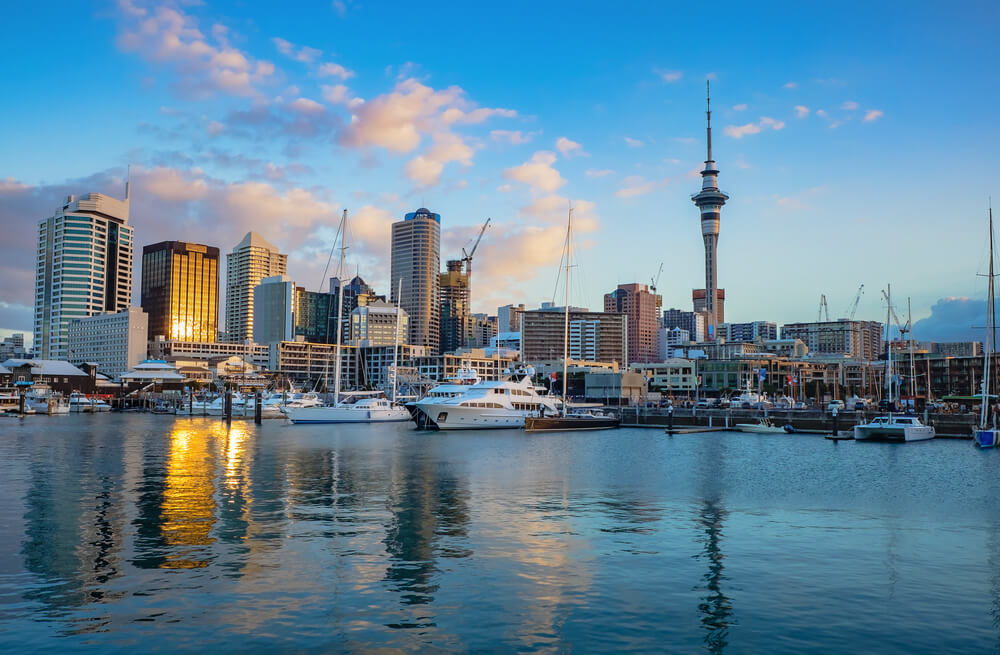 Very often there are news items that upset conventional thinking and as a consequence, they sink without trace.

On the other hand, inconvenient revelations can also result in a re-evaluation of the subjects involved.

Three unrelated news reports this past week demonstrate how unexpected facts can have an impact nationally and internationally.

One could call them “down under” connections because all three have something to do with New Zealand and Israel.

After fifty-three years of diplomatic relations, Singapore is opening an Embassy in Israel. Realizing that a physical presence on the ground is more conducive to productive diplomacy the Singaporean Government also desires to take advantage of the enormous opportunities offered by Israeli technological innovations. It also sends a message that having a presence in Israel facilitates inter Governmental and trade opportunities.

Contrast this move with New Zealand’s reluctance and refusal to open an Embassy preferring instead to have a remote diplomatic representative situated in Turkey.

New Zealand only gave de jure recognition of Israel on 28 July 1950, i.e. two full years after the country was re-established. One could speculate as to why it took so long to finally acknowledge the fact that Jewish sovereignty had been successfully restored but it certainly set the pattern for the future.

Seventy-two years and umpteen anti-Israel UN resolutions later we are still waiting for a New Zealand Government to open a presence here. God forbid that a diplomatic mission should be established in Israel’s capital, as is the usual protocol in every other country, but at least a Tel Aviv situated Embassy would demonstrate that NZ takes its relationships with us seriously.

Realistically, there is no prospect of any change and we will have to reconcile ourselves to that sad reality as well as a continuing scenario of New Zealand voting at the UN against Israel with the immoral majority of hypocritical nations.

The second news item which caught my attention was the result of an international survey rating the world’s happiest nations for 2022.

When one reads newspapers and online news sites it is easy and quite logical to dismiss any notion that Israel should feature anywhere but towards the bottom of the list. After all, the overwhelming impression the generally ill-informed public is likely to gain from the endless cycle of negative news about Israel is one of mayhem, violence, acrimony and dissension. Accused of libels of apartheid and colonial settlement, it is unsurprising that the impression is made of a country continually embroiled in social upheavals, non-democratic norms and a society seething with discontent and bitter feuds.

It therefore must have come as a shattering bolt from the blue when the list of happiest nations was released for publication because lo and behold, miracle of miracles, Israel was in ninth spot, in fact, one above New Zealand which came in at number ten and ahead of Australia which gained twelfth place.

No doubt this totally unexpected result which shattered all the usual delusions and lies peddled by the media explains why in the headlines of many of the news outlets the list stopped at number eight, thus avoiding the inconvenient facts. One had to go to the small print in the main report in order to discover that Israel was the ninth happiest country in the world. As most only read the headlines the real truth lies buried.

The happiest country is apparently Finland, followed by Denmark, Iceland, Switzerland, Netherlands, Luxembourg, Sweden, Norway, Israel and New Zealand. Canada is 15, USA is 16 and the UK 17.

What criteria were used to determine the rankings?

Health, life expectancy, GDP per capita, social support in times of trouble, low corruption, high social trust, generosity in a community where people look after each other and freedom to make life decisions were all a factor.

Needless to say, the news that Israel made the top ten, sunk without a trace no doubt because it does not fit in with the politically correct narrative so beloved by commentators, self loathers and associated radical groups.

The third revelation to hit the headlines was the result of a 2021 survey about antisemitism in New Zealand. It revealed an appalling ignorance of the Shoah and an alarming acquiescence concerning commonly held conspiracy theories about Jews.

Shocking as these attitudes may seem to most I must admit that it did not come as any great surprise to me. Over 50 years ago I was very involved in New Zealand with interfaith and Jewish/Israel outreach activities and one of the most salient things which stuck in my mind was the high level of ignorance prevalent amongst the general population. Social media had not yet become the source of most disinformation and conspiracy theories about Jews and Israel but despite this, there still was a huge black hole as far as these subjects were concerned.

Shoah education was non-existent in high schools, the vast majority of Church groups I addressed were woefully deficient in any meaningful understanding of Judaism and Jewish history and except for Evangelicals, there was a total lack of knowledge as to the connection between Israel and Jews. Among many of the latter, the sole reason for encouraging Jews to be in Israel was to facilitate our mass conversion.

I met some very sincere individuals who tried their best to disseminate the truth but it was hard going for them to influence ingrained prejudices and the rising tide of anti-Israel pc policies especially as sponsored by the World Council of Churches.

Fast forward half a century and very few things have changed.

Education of the Shoah is still not a compulsory part of the high school curriculum, Christians are a diminishing section of the population and thanks to social media, the internet and other sources of incitement the number of those who are influenced to believe the worst about Jews has grown.

There is no doubt that education is a vital tool in the battle against hate. Local Holocaust groups are doing a valiant job in this respect but unless and until the NZ Government turns rhetoric into action there will be no chance that any change will materialize. As well as Shoah education they must, as a matter of urgency, adopt the IHRA declaration on hate against Jews and Israel. Failure to do so merely exposes their mealy-mouthed double standards and contributes to the accelerating dangerous perceptions of Jews and Israel among the general population.

It has been suggested that “getting to know each other and doing things together” is the best way to fight the racist hate against us. While this sounds good in theory and can work among a few who are willing to learn, in practice, it has limited impact. The outreach to indigenous groups is important and hopefully successful but one has to wonder whether it will counter the massive influence that radicalized hate groups are already making in that area.

Taking into account those Jews who are not affiliated and do not take any part in organized religious, Communal and Zionist organizations the number remaining is somewhat diminished. Subtract those whose knowledge of Judaism and Israel is minimal and the number who can interact in a positive manner with the misinformed decreases even more. Subtract further anyone who feels inhibited to flaunt their Jewish connection and you end up with an even smaller smattering of defenders of Jews and Israel.

We should by all means try to galvanize and involve as many as possible but at the end of the day, one has to be realistic.

Then, again, we also need to learn from the recent past.

The avalanche of hate and incitement combined with apathetic ignorance, unfortunately, mitigates against success in convincing increasing numbers of all age groups and ethnicities exposed to it that neither Jews nor Israel are the evil forces so portrayed.

I recall my late parents telling me how lifelong non-Jewish friends in pre-war Germany with whom they mixed and socialized suddenly, from one day to the next, cut off all contact with them. Despite “knowing each other and doing things together” they swallowed the slanders being trotted out by the politicians and media.

With the right amount and constant drip-feed of poisonous lies, who can guarantee that even in benign societies it can be a case of “never again?”

This latest report should be a wake-up call for NZ Jews and indeed all those who realize the dangers which loom ahead.