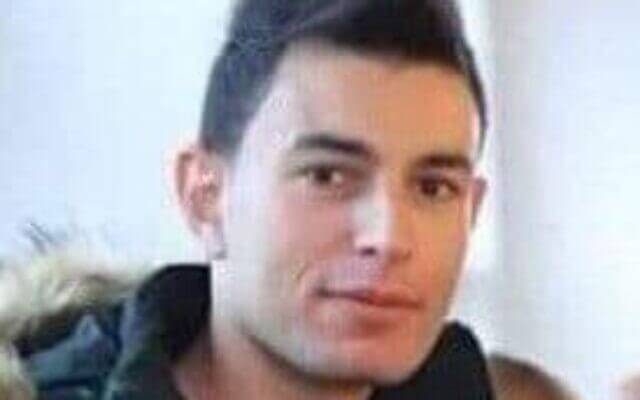 The story of Raad Hazem’s recent attack killing three Israelis serves as a perfect microcosm of our lives as Palestinians and our history living under occupation. Jaffa, Tel Aviv, Jenin refugee camp, Dizengoff Street, are all names raised in the course of the story, and these are not just the names of geographical places. In fact, when we look deeply into Raad’s story we find it is the story of all Palestinians.

Raad, which is Arabic for “thunder”, was born in Jenin refugee camp, one of the 19 Palestinian refugee camps in the West Bank, run by the United Nations Relief and Works Agency for Palestine Refugees (UNRWA). The camp was established in 1953 within the boundaries of the Jenin municipality, and most of its residents are from the Carmel area in Haifa and the Carmel Mountains. These residents and their descendants were displaced during the 1948 war known as the Nakba.

Raad lived in the camp and experienced many scourges over and over again, the source of which was always the occupation. The most painful of these was when he was seven years old in 2002 when Jenin camp was invaded and completely destroyed by the occupation. From April 3-17, 2002, twenty years ago, the occupation government and its army launched a massive attack on the Jenin refugee camp, resulting in at least dozens of casualties and 13,000 homeless as well as massive damage to homes and infrastructure. According to a United Nations report, the occupation army killed at least 52 Palestinians in the attack, and in return the Palestinian resistance was able to kill 23 soldiers of the occupation army.

Raad was a child at the time. He lived and saw the massacre in front of him in all its details. He saw how sixty Merkava tanks entered the camp. He saw armored bulldozers destroying homes and buildings in order to open and widen the camp’s corridors in order for the tanks to enter the camp.

Raad saw how the buildings were leveled to the ground, he witnessed the displacement of families, he saw dozens of martyred children of his generation under the rubble, and he watched his house being flattened and destroyed by the bulldozer.

Two months later, on June 23, 2002, the occupation government began building the apartheid wall. Raad grew up as the wall grew before his eyes. Raad grew up with the army’s incursions into his neighborhood and his house. Raad grew up and saw the arrest of his father. Raad grew up with his father handcuffed in a small cell in one of the occupation prisons, and handcuffed in a large prison behind this apartheid wall. Raad grew up deprived of freedom of movement, suffering at military checkpoints from long waits and humiliating searches. The occupation army forced him to take off his clothes, soldiers searched him naked in public, forced him to walk long distances, and prevented him from reaching his university. Raad is now grown up and the apartheid wall now surrounds him, and barriers always remind him that there is an occupation that deprives him of his most basic human rights.

Raad studied computer science and specialized in it, and yet at the age of 29 nothing had changed in his life. The occupation continues, the apartheid wall is expanding more and more, and he is imprisoned behind it. He grew up and remained deprived of seeing the sea, or knowing the meaning of freedom and returning to his original homeland.

On April 7, 2022, this handsome brown young man crossed through a hole in the apartheid wall, and he crossed into the territory occupied in 1948, where the occupation established its alleged state. The creation of this state was possible only after ethnically cleansing and demolishing hundreds of villages, displacing hundreds of thousands under coercive conditions, and massacring scores of innocent people.

The apartheid wall had separated Raad from his original city, Shefa-Amr, the city in which his father and grandfather were born. Even though the city is only a one-hour drive from Jenin refugee camp, Raad and his family have been prevented by the occupation from returning to it, or even visiting it.

Raad arrived in Jaffa, which the occupation and the world call “Tel Aviv.” He saw the sea for the first time in his life. He walked between its streets and its villages. “Tel Aviv” was built on the ruins of seven villages that surrounded Jaffa, the largest of them is the village of Mu’nis. The village and its people were besieged for weeks by the Zionist gangs, some of its residents were killed and the rest were forcibly displaced. The occupation built on its ruins and on the remains of its residents, Tel Aviv University.

Raad continued his journey in Jaffa, walking through villages and in their neighborhoods whose names had been erased under the city. He walks saying: Here is the Saqia, here is Al-Jamasin, here is Abu Kabir, here is Salameh, here is Sumail, here is Sheikh Munis, here is Al-Manshiya, here is Saruna, here is Al-Safiriya, here is Abbasieh, here is Arab Al-Sawalmeh, here is Fajjah, here is Kafr Anah, here is Al-Hamidiyah, here is Yazur, here is Khayriah, here is Pyyar El Adas, here is Arsouf, here is Haram. Here is Jaffa. Jaffa was inhabited by more than 100,000 Palestinian people including Raad’s ancestors who were displaced towards the sea. Some of them survived, and many of them drowned. Some of them were massacred in their homes and were killed by the Zionist gangs at that time. As for their homes, they were inhabited by Jewish immigrants, those Jews who came to Palestine fleeing European countries, during the First and Second World Wars, and those escaping the Nazis and the evil treatment they were subjected to by the Europeans.

Raad knew well that within these villages and neighborhoods there was one neighborhood located north of Jaffa, whose name is now “Tel Aviv”. This area was where the first Zionist settlement was built on April 11, 1909, 39 years before the Nakba and five years after Herzl’s death. This is Jaffa, and this is the Tel Aviv neighborhood; at first it was just rented houses, on Palestinian lands, then the neighborhood turned into a street that includes a larger number of houses, with a Jewish majority, then the streets increased and turned into a neighborhood that became a mini-city for the immigrant Jews. They called it “Tel Aviv”. With the days immigration to it increased, until the year of the Nakba came, and the Zionist gangs invaded the city of Jaffa and destroyed all the villages and neighborhoods around it. This is how Tel Aviv, which we see today and the whole world sees, was built. This is the reality of Tel Aviv in 2022. Tel Aviv has buried hundreds of Palestinian bodies under its skyscrapers.

Thus, according to the hypocrisy of the world, thunder came from the “terrorist” Jenin camp to the innocent, white “Dizengoff” Street. In Jenin and in the camp there is no white skin and no blue eyes for the world to see, even though it has been invaded by the occupation for 74 years. In Jaffa, there are no blue eyes to convince the world of the justice of its cause, which began in 1948, even though the blood of its people was spilled at the hands of occupiers who invaded it long before Russia invaded Kyiv. There are no blue eyes, no white skin and light hair in Palestine for the blond Western conscience to see what has happened, and what is happening.

Thunder lived his freedom for one day in Jaffa and died.

This is Raad who lived in the camp and returned to Jaffa and died.