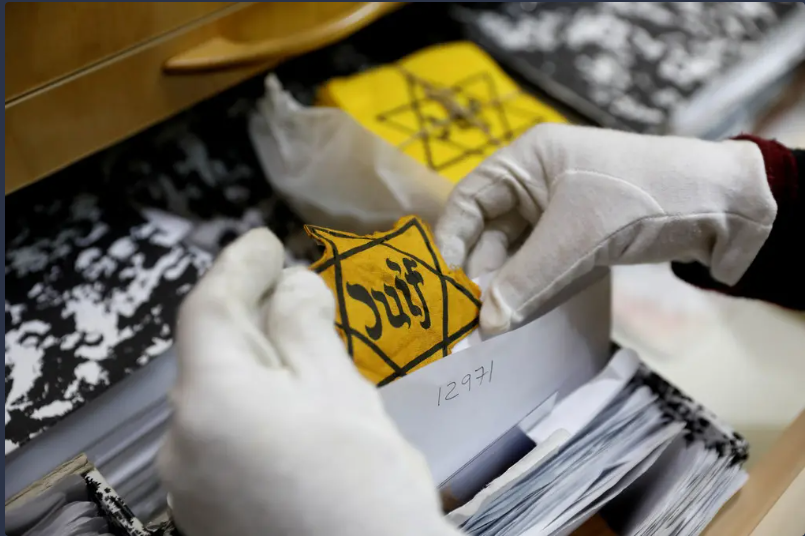 This year’s Yom HaShoah – Holocaust Memorial Day – was observed yesterday. In Israel, a wailing siren brought everything and everyone to stand silently across the country. Traffic came to a halt as people remembered their loved ones and reflected on the weighty mantra of ‘never again.’

Jews from all over the world, led by the few remaining and aging survivors of the Nazi genocide, mourned their destroyed communities, and chanted the Kaddish for their families, murdered along with 6 million other European Jews systematically dehumanized, starved, worked to death, shot, and gassed.

This year’s Yom HaShoah commemorations attracted wider attention around the world, largely due to images filling our TV screens and overloading social media platforms, emanating from the horrific and unprovoked invasion of Ukraine by Vladimir Putin’s Russian military.

Images of pregnant mothers targeted by Russian artillery, of mass graves of civilians, of dazed mothers and little children fleeing for their lives, conjure up images from World War II and the Nazi Holocaust.

In 2022, there is a growing realization that it’s time for 21st century generations to acknowledge two uncomfortable and largely forgotten lessons from the Shoah:

2. Shutting your eyes and refusing to confront evil is only an invitation for evil doers to dig deeper into their bottomless bag of horrors. 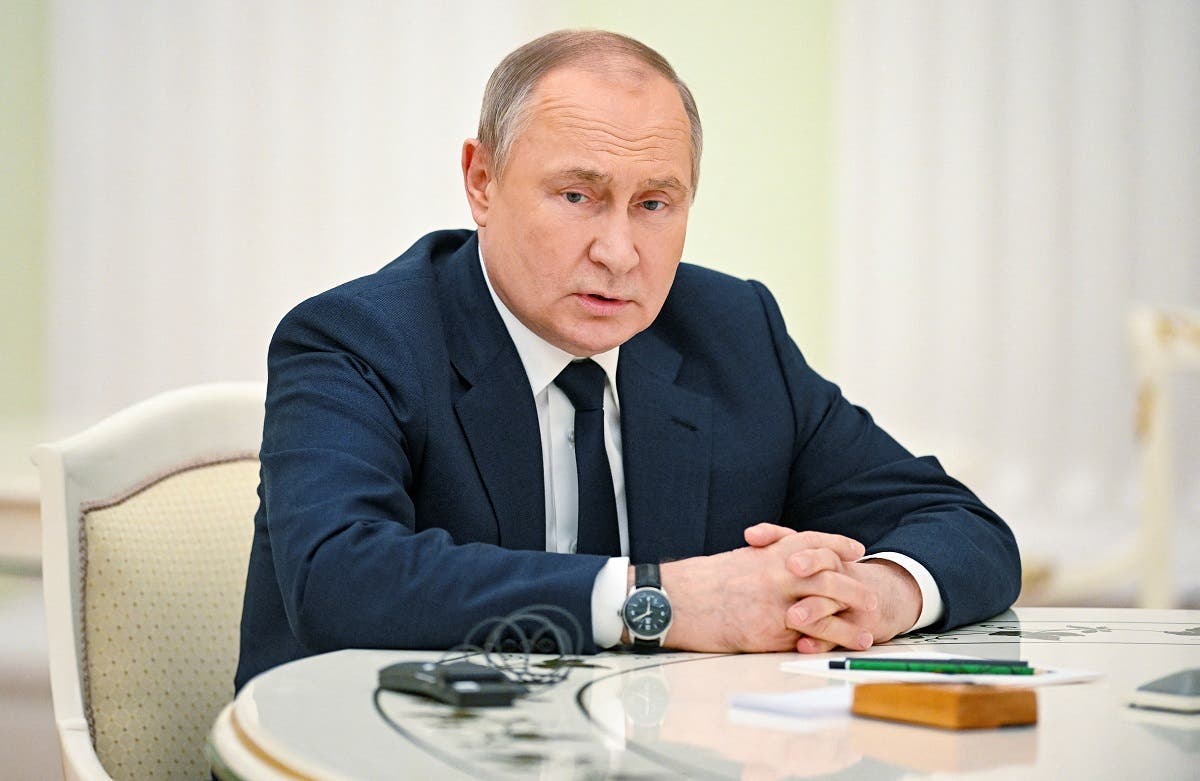 To be clear, Putin’s invasion is not Shoah II. There are no ghettoes, no concentration camps, or gas chambers.

This debacle started as a brutal land grab for territory of a smaller neighbor by Russia.

Starting in 1939, Hitler used the advent of World War II, to launch his war against the Jewish people. As the Fuhrer’s military swept across Europe, millions of Jews in their path, controlled no territory, had no military, posed no threat. They were simply citizens of countries that were captured by the Germans. An entire infrastructure of genocide rapidly followed German military conquest and victory.

Killing squads in territory captured in the former Soviet Union executed hundreds of thousands of Jews. Everywhere, there were roundups of Jews, forced labor, ghettos, systematic starvation and rampant disease. Then, after a decision made at the January 1942 Wannsee Conference, German know-how introduced industrialized mass murder by gas. Millions perished in death camps. And everywhere, from cultured France in the West to Ukraine and Lithuania in the East, the German Third Reich’s Final Solution of the Jewish Question was abetted and hastened by willing collaborators in every corner of the continent.

But in other ways, Putin’s invasion and the tactics of his military do evoke memories of the Nazis, specifically the Nazi Blitzkrieg. While Russia’s Ukraine ‘lightning war’ turned out to be anything but, you don’t have to be an expert to know that the world is daily witnessing horrific war crimes and crimes against humanity in Ukraine. 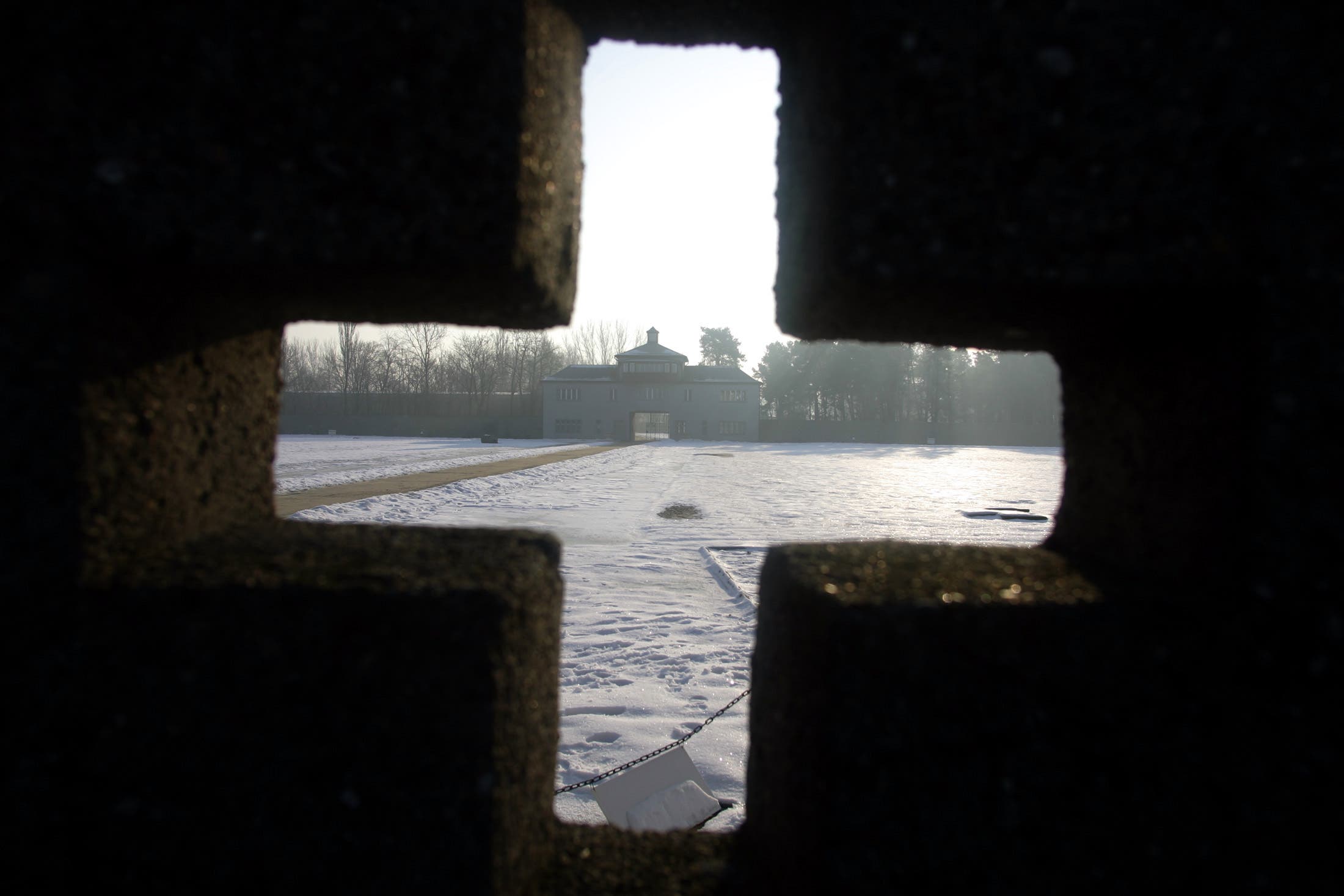 The entrance of the former Nazi concentration camp Sachsenhausen is pictured behind a sculpture near the German capital Berlin. (File photo: Reuters)

Here are 7 relevant lessons from the Shoah for today’s reality:

1. The road to Auschwitz was paved with words. Words have consequences. A full 20 years before he would launch World War II, Hitler, then a soldier about to be sent home after Germany’s World War I’s defeat, was asked to write a report about the Jews. In it, he wrote, the “final aim, however, must be the uncompromising removal of the Jews altogether.” A world, including Jews, simply wouldn’t take Hitler’s words or Mein Kampf, six years later, seriously. As Nazi hunter Simon Wiesenthal remarked: “Our first reaction to Hitler was Jewish jokes. By the time we understood that the threat was real, it was too late.

2. Catering to a tyrant’s ego only feeds the beast. The 1936 Berlin Olympics offered the one thing he couldn’t bully or threaten to get: international legitimacy. Despite his racist and draconian anti-Jewish laws and actions, the world showed up, largely on his terms. Hitler had his Games and glory. The 1940 Olympics never happened. Germany launched World War II, invading Poland in September 1939.

3. Apathy provides oxygen for evil doers. In July 1938, the nations of the world convened the Evian Conference to seek a way for hundreds of thousands of German and Austrian Jews to find refuge in other countries. The result? Excuses, not action. Hitler took it as a sign for him to deal with Jews as he saw fit. Their fate was sealed.

4. Burning Houses of Worship portends greater evil. On November 9 and 10th most synagogues in Germany and Austria were burned to the ground in an organized pogrom signaling the end of public Jewish life. Shortly after the extinguishing of Jewish lives by the Nazis would begin in earnest.

5. Never confuse academic rank with ethics or morality. On January 20, 1942, 15 top German officials—8 with PhDs, convened the Wannsee Conference. In 90 minutes, over drinks, all 15—including every PhD, voted to murder Europe’s Jews as cheaply and efficiently as possible.

6. Hope can outlive the heroic victims of tyranny. Seventy-nine years ago on the first night of Passover, the remnants of the Warsaw Ghetto rose up against their Nazi oppressors. Most of the Jews would perish. But the Jewish heroes there, partisan fighters in the forests, in other ghettos, and even in Sobibor and Birkenau death camps, proved that Jews—even those facing imminent death- Fought Back linking themselves to Jewish destiny forever.

7. Justice still matters. As soon as he was liberated by US soldiers at the Mauthausen Concentration Camp, Simon Wiesenthal became the Nazi hunter-with a single goal: to restore the concept of justice by bringing the perpetrators to trial. Trials would send a warning to future criminals that they too would be held accountable.

Back in 1980, the late heroic Holocaust Survivor and Nazi Hunter Simon Wiesenthal delivered a series of lectures in the Midwest. At each venue, he was asked—always by a younger person: “Could the Holocaust happen again?”

‘When a society combines hatred, plus a crisis, plus technology, anything is possible… Had the Nazi technologies [decades before cell phones and social media] existed back in 1492, no Jew would have survived in Spain, no Catholic in England, no Protestant in France.’

A few years later, Iraqi dictator Saddam Hussein, gassed 5,000 Kurds – his own citizens and fellow Muslims. The world’s reaction was tepid and indifferent. Said Mr. Wiesenthal, “Humanity should have learned by now that tyrants interpret the world’s silence as a warrant to do even more…”