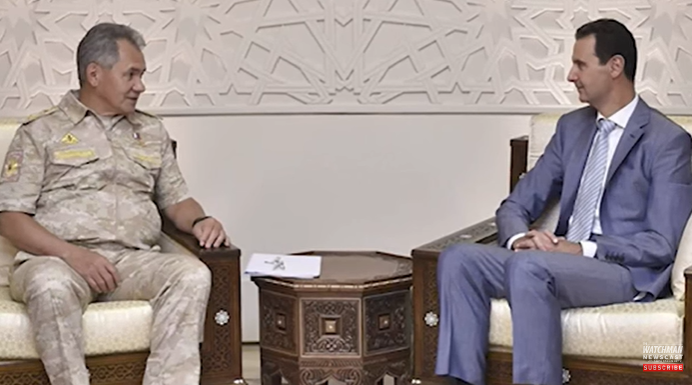 Over the past year and especially since the Bennett-Abbas government started criticizing Russia for invading Ukraine, Russia and Israel has seen their relationship unravel. Where at one time, Russia appeared to be ambivalent to Israel’s incursions into Syrian airspace in order to strike Iranian targets, now Moscow has increasingly grown belligerent and bellicose.

Currently, Russia has established 15 known bases throughout Syria. These bases houses thousands of Russian troops and this number continues to grow. Over the last few months, Russia has launched more and more joint drills with Syria and as increased its activity on Israel’s borders

Russia has already increased and activated Syria’s S-400 anti-air system plus Putin has moved over nuclear capable hypersonic missiles to the Syrian dictator.

So what should Israel do?

On one hand Israel cannot take on Russia, but on the other it also cannot allow continued Iranian buildup. A recent research paper by ALMA suggests the following:

“Israel needs to set the rules of the game in the region. The countries on Israel’s northern border should be considered one arena, and Israel should establish a central rule: any threat to Israel’s security will be met with an independent response from Israel, and the other “players” should take this into account. On their part, they need to manage their risks concerning this Israeli principle.”

Where is this all going?

Russia’s interest in Israel is both geopolitical and religious. Putin’s expansionist aspirations both in Ukraine and the Holy Land are connected first and foremost to his belief that the Russian people are a “chosen” people. Kiev is the birthplace of the Rus people and Jerusalem is the birthplace of Christianity.

Geopolitically, Putin is aiming for complete control over the Black Sea region so he can control food prices and when it comes to the Eastern Mediterranean, Russia is looking to pose a threat to Israeli gas exports.

Right now Russia and Syria are not yet ready to launch an attack, but the coming months, especially as Russia turns the tables in Ukraine, gives Putin a near term time table where he may be able to support a united Iranian, Syrian, and Hezbollah attack on Israel in August or September.

With Israel’s government in free fall and enemies gathering, it is clear that despite all of our friends around the world, Israel has no one to rely expect the One Above.