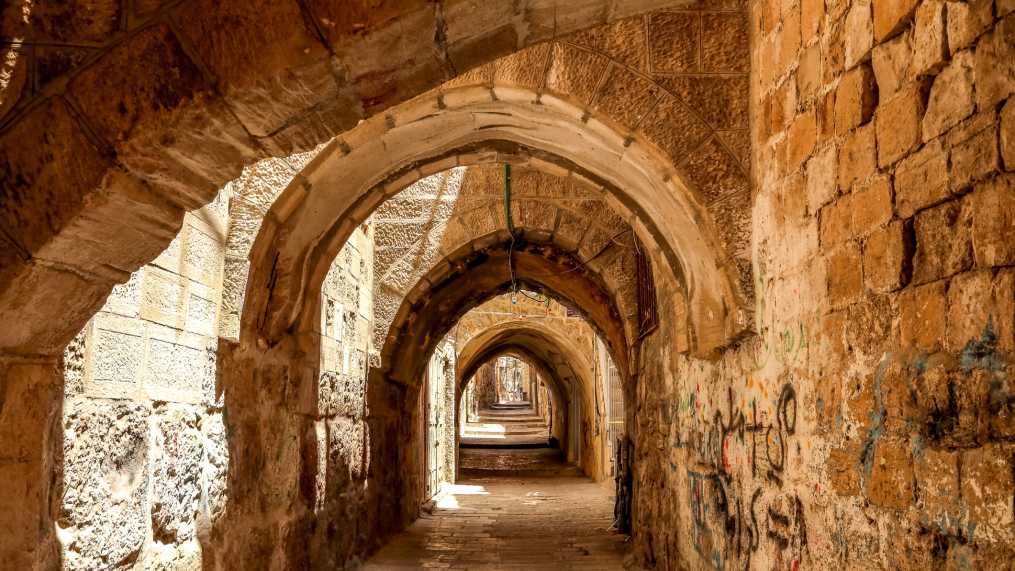 I was recently asked by Westminster Synagogue to speak on the future of Judaism. I told them that, as someone who has written about history, I find it difficult enough to find out what happened in the past, let alone to discern what is going to happen in the future.
But perhaps the best way of trying to discern the future is to look at the past, as Nye Bevan, founder of the National Health Service, used to say. Why look at the crystal ball when you can read the book? So it is worth comparing the position of Jews today with that of a hundred years ago.

In 1922, there were 14,400,000 Jews in the world. The centres of Judaism outside the United States were in central and Eastern Europe — Berlin, Warsaw and Budapest.
There seemed grounds for optimism. In 1922 the League of Nations, predecessor of the United Nations, awarded Britain the Palestine British mandate. This was as significant as the Balfour Declaration of 1917 since it confirmed the legitimacy of Britain’s promise of a national home for the Jews. That meant a part of the world in which Jews could live as of right. There would be a Jewish majority, to be built up through immigration. “The wandering Jews”, The Times had declared in April 1920, “will at last have a home”.

But the depression of 1929 dashed that optimism, since it led to the intensification of antisemitism east of Germany, except for Czechoslovakia, and the spread of antisemitism under Hitler westwards to the Rhine.

By 1939, the world Jewish population had increased to almost 17 million. But Jews on the Continent faced a precarious future. Many sought to emigrate, but most countries closed their doors. Jews were not welcome. And in 1939 the British government in its White Paper severely limited immigration into the national home, proposing to end it entirely, well before a Jewish majority had been achieved. That seemed to mark the end of the Balfour Declaration.

Today it is just over 15 million. Jews have not made up the losses of the Holocaust. There are now around one-and-three-quarter million fewer than in 1939. Between 1939 and 2022, by contrast, the population of the world has increased by around 250 per cent. In the absence of the Holocaust, given a natural increase of population, there would perhaps have been a world Jewish population of 40 million.

Some predicted that the enormity of the Holocaust would mean that antisemitism would finally disappear. It has not done so. Indeed, the European Union has found that 38 per cent of the continent’s Jews have considered emigrating because of it. Antisemitism has even appeared in Britain, hitherto one of the few countries in Europe to have escaped this disease, in Jeremy Corbyn’s Labour Party. And, although Labour was heavily defeated in the 2019 election, survey evidence indicates that, amongst graduates, it led the Conservatives by 14 per cent. You would be more likely to meet Corbynites at Oxford or Cambridge than in your local pub.

Is there a cure for antisemitism? I doubt if there are any strategies or arguments that have not already been tried and failed.

Over 100 years ago, in September 1920, Albert Einstein addressed a meeting of the Central Society of German Citizens of the Jewish Faith — a revealing label — in Berlin. “I have,” he said, “received your invitation to a meeting which is to discuss the question of combating antisemitism in university circles. I would gladly come, did I believe in the possible success of such an undertaking. But in the first place the antisemitism and the servile attitude among Jews themselves must be fought by means of enlightenment. There must be more worthiness and independence in our own ranks. Only when we have the courage to regard ourselves as a nation, only when we respect ourselves, can we gain the esteem of others.”

Einstein was drawing attention to the fact that Zionism was not just a matter of external liberation, of freedom from antisemitism; it was also a doctrine of internal liberation, of self-determination. Only in a state with a Jewish majority would Jews be free to preserve their identity without having to look over their shoulders for fear of causing offence. Both Herzl and Weizmann disliked Jews who submerged their personalities to “fit in”, something they found demeaning as well as futile.

In 1948, Zionism triumphed and the state of Israel was born.

Following the Holocaust and the creation of Israel, the geographical balance of the world Jewish population has altered radically. In Palestine in 1939, there were only around 450,000 Jews — three per cent of the world’s total. Today the largest number of Jews — nearly seven million, almost 50 per cent of the world’s Jews — live in Israel. The great centres of Jewish life in pre-war Europe — Berlin, Warsaw and Budapest — have disappeared. The centres of Jewish life now are Jerusalem and New York.

Until the foundation of Israel, Jews, in the words of the great British Jewish historian, Lewis Namier, suffered from too much history and not enough geography. But the creation of Israel has enabled Jews to determine their own future. Winston Churchill was one of the few in Britain to perceive the significance, telling the House of Commons in January 1949: “The coming into being of a Jewish state in Palestine is an event in world history to be viewed in the perspective, not of a generation or a century, but in the perspective of 1,000, 2,000 or even 3,000 years”.

For in 1948, Jews emerged from powerlessness. This has already had, and will have in the future, a great effect on world politics. Remarkably, both Zelensky and Putin were prepared to accept Israeli PM, Naftali Bennett, as mediator in the Ukraine war. Had anyone predicted in 1922 that a Jew would be asked to mediate between Russia and the Ukraine, he would have been regarded as deranged.

The future of Judaism, therefore, is now very largely bound with the future of Israel, a genuine national home to which, thanks to the Law of Return, all Jews can enter; and recently, many Jews from Ukraine, Russia and Belarus have taken advantage of this law to emigrate there.

That is a stark contrast with the 1930s and 1940s when Jews who sought to leave central and eastern Europe found it difficult to secure admittance. They were, in the words of a Foreign Office official in 1939, “surplus Jews”. Today, however, there is a secure refuge for Jews — for all Jews, not just religious Jews.

For, despite the growing strength of the charedim in Israel and the influence of rabbis, Israel remains fundamentally a secular and not a religious state.

Zionism, to the extent that it was a response to antisemitism in Europe, was not primarily a religious movement. The Nazis did not inquire whether Jews had attended synagogue before sending them to camps. Israel must not, therefore — indeed cannot — become a religious state. Sadly, a hardline view of Judaism seems to have entrenched itself at the highest levels of state power there, imposing itself on the large secular element in the population. In the United States, by contrast, there is a much greater pluralist flourishing of Jewish life. Israel must do more to recognise all denominations of Judaism, and also those who do not belong to any denomination at all but still identify as Jewish.

At the recent celebrations of the 74th anniversary of independence, then-Israeli PM Naftali Bennett reminded Israelis that the two previous Jewish kingdoms had not survived to reach their 8th decade. The kingdom of David and Solomon had split in two after internal disputes. The Hasmonean regime, the regime of the second temple, lasted just 77 years, before internal conflicts led to Roman occupation.

Jews, Bennett declared, were now being given a third chance. They must be careful not again to squander it by too narrow a conception of what Judaism is.

Of course the only real answer to the question of the future of Judaism is that no one really knows, since that future remains to be written. But now that there is a Jewish state, Jews will play a predominant part in writing write it. For they are now subjects as well as objects of history, authors of their own destiny.

Vernon Bogdanor is Professor of Government, King’s College, London and a member of the International Advisory Council of the Israel Democracy Institute. This article is based on a talk given at Westminster Synagogue

Center for Near East Policy Research
530 POSTS0 COMMENTS
© A WEBstationONE.com production, partially funded by the Internet Development Fund and the IDF Link technology. © 2003-2020 All rights reserved. Articles and Special Reports on IsraelBehindTheNews.com are copyrighted. Every reader is welcome to reprint any and all articles, and with citation.
MORE STORIES

Center for Near East Policy Research - July 29, 2022
The U.S. Department of Education will investigate the University of Southern California after a Jewish student claimed she resigned from student government because she...