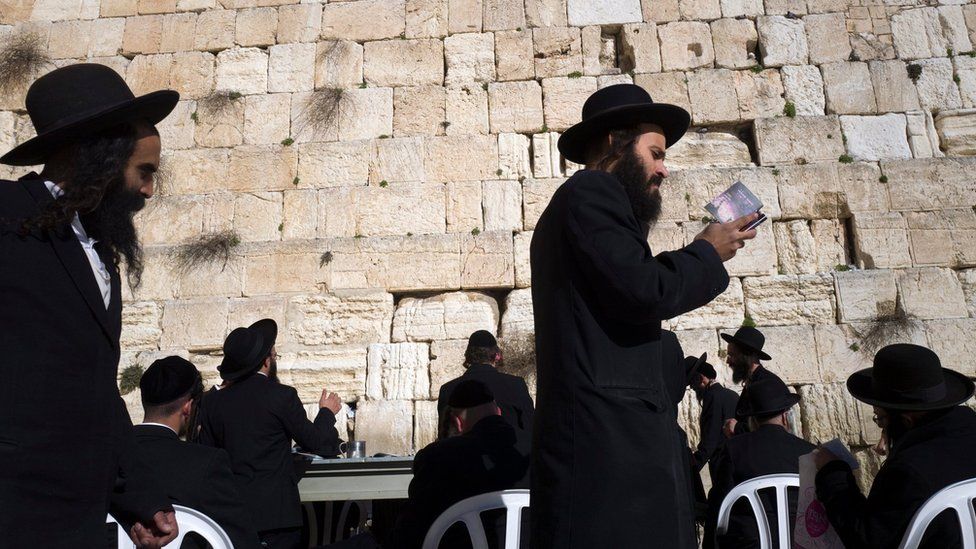 We have found over the millennia to our recurring cost that ignoring warning signs and hoping that clearly identifiable threats to our existence will somehow pass us by and disappear is a recipe for disaster somewhere down the track.

Despite such repeated examples, it is unfortunately still a fact that today in 2022, the same mistakes are still being replicated with the same old consequences.

These thoughts came to mind as I read about the latest attempts by Russian authorities to ban the work of the Jewish Agency and its likely negative impact on the emigration of Russian Jews to Israel.

Concurrently there is also now a growing sense of alarm among Ukrainian Jewish communal leaders over the long-term future of communities in that country.

At the same time, there is a rising tide of Jew hate not only in Europe but also in other parts of the world where Jews hitherto imagined that they were secure and safe from such manifestations of the ancient plague.

All this reminded me of the interesting discussion last Seder night when we had a most interesting dialogue with the parents of a Jewish Russian young lady. The parents had just made their exodus from St Petersburg a mere two weeks prior to Pesach to join their daughter here in the Promised Land. In Russia, they had a reasonably comfortable existence, good jobs and an apartment of their own. Having grown up during the anti-religious days of the former Soviet Union their knowledge of Judaism was zilch and their attachment to Israel was a complete void. Their situation was no different to most Russians who had Jewish parents and grandparents but who had learnt from bitter experience to hide their ethnicity if they wanted to have decent employment, education and future prospects.

So what changed for them and countless others?

The experience their daughter had on a program in Israel for Russian youth started a metamorphosis from estrangement to positive identification. On her return to Russia, the spark of Jewish consciousness which had been ignited gradually grew stronger and the realities of life in Russia hit home so that after a while she decided that, for various reasons, Israel was the place where she could more adequately fulfil her life and bring up a family.

Apart from a now much better-informed knowledge about Jewish traditions, the truth dawned that living in a democratic country was far preferable to the precarious life one faced these days in places where freedoms could vanish. Her parents, meanwhile, were ambivalent about leaving their own “good” life behind for another country. After all, with no jobs lined up and having to learn a strange new language, it seemed overwhelmingly daunting.

What changed their minds?

The war in Ukraine and all its attendant manifestations of negative portents, especially for Jews, made all the difference. As they explained to us while we sat around the table reciting the story of the Exodus from Egypt, a ritual that they had never witnessed previously, the spectre of another Iron curtain descending suddenly seemed frighteningly real. They realised that the omens looked bleak and that postponing a decision might mean that one day without warning, the gates might slam shut and the old ghosts of past State-sponsored discrimination would return.

Thus, they made Aliyah, leaving behind an unsold apartment and financial assets, good jobs and what had originally seemed a good life. They, like so many before them, arrived in Israel with some trepidation. At least they were reunited with their daughter and a grandson and were safe in the knowledge that, as Jews, they were home in every sense of the word.

How far-sighted and intelligent their decisions proved to be is now highlighted by the latest news whereby the Russian authorities are seeking to close down the work of the Jewish Agency, which in turn will put the emigration of Jews to Israel at risk. Is this a first step towards restricting Jews from leaving for any country and is it a straw in the wind for other dubious actions? Already the Chief Rabbi of Moscow has had to flee because he opposed the Russian actions in Ukraine. What is next on the list in a country with a long history of targeting Jews?

Is this another case of too many Jews having missed an opportunity to relocate?

Ukraine is another perfect example of how after millions of dollars were spent on resurrecting dead communities, the prospect of it all going down the drain now seems almost inevitable.

A recent report revealed that lay and religious leaders in Ukraine are bewailing the serious situation which they now have to confront. After thirty years of rebuilding devastated Synagogues and communal institutions, funding Jewish schools and painfully re-establishing a semblance of Jewish life and identification, this has now all come crashing down. It is almost impossible to ascertain exactly how many Jews called Ukraine their “homeland” prior to the Russian onslaught but estimates by aid and relief organisations put the number at anything between 50,000 to 200,000. For three decades, religious & secular groups such as Chabad and other outreach NGOs provided millions of dollars in an attempt to revive long shattered communities.

The sixty-four thousand dollar question that now needs to be asked is whether, given the dismal experiences of past Russian and Ukrainian Jews, the time has arrived to depart permanently. In fact, is it already too late, or is there still a small window of opportunity before the Iron curtain once more descends? Already over 25,000 Ukrainian Jews have made Aliyah. It is almost impossible for military-age men to leave now, and of course, there are large numbers of elderly and impoverished people seemingly stuck in limbo.

It’s another classic example of “later” being too late.

Meanwhile, in Hungary, where an estimated 75,000 to 100,000 Jews live, whiffs of the old Jew hate are arising from past recent depths. The Hungarian Prime Minister’s speech and his warning about the dangers of “mixed races” should start alarm bells ringing because in the not-so-distant past this was exactly the same rhetoric that consigned Hungarian Jews into the hell of Auschwitz.

What will it take for Hungarian Jews to wake up from their self-induced delusions and realise that their long-term future is as precarious as it always has been? No amount of klezmer music festivals and ethnic food fairs can disguise the fact that sooner rather than later, Jews along with other minorities, will be scapegoats for failed economic and political policies.

There are other countries, too numerous to enumerate, where serious thought must be given to the immediate future.

Kicking the can down the road has never been a recipe for success.

Hill 24 does not answer

Center for Near East Policy Research
532 POSTS0 COMMENTS
© A WEBstationONE.com production, partially funded by the Internet Development Fund and the IDF Link technology. © 2003-2020 All rights reserved. Articles and Special Reports on IsraelBehindTheNews.com are copyrighted. Every reader is welcome to reprint any and all articles, and with citation.
MORE STORIES

Hill 24 does not answer

Center for Near East Policy Research - August 2, 2022
This movie portrays Israel's war of Independence like no other movie. Produced in 1953 by Jack Padwa, then a Tel Aviv businessman. Won the Cannes...