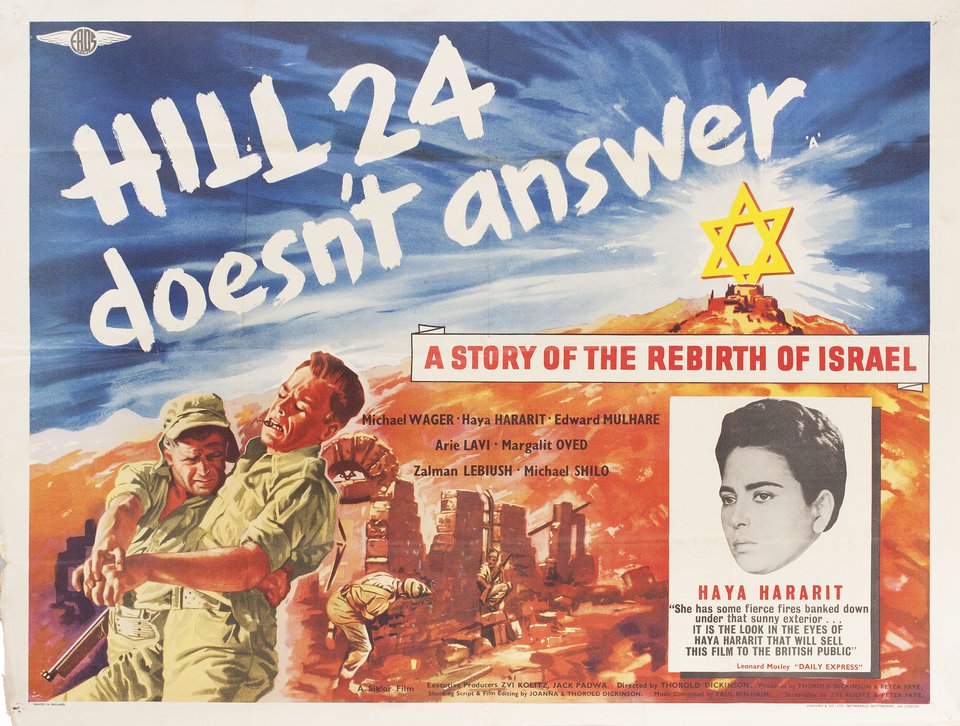 This movie portrays Israel’s war of Independence like no other movie.

Produced in 1953 by Jack Padwa, then a Tel Aviv businessman. Won the Cannes Film Festival award in 1955, full disclosure. Jack Padwa , who died in 2010 at the age of 94,. acted as a mentor to yours truly.

Why did Jack produce the movie?

As a British citizen who had arrived in Palestine in 1940. Jack Padwa joined the underground war to overthrow the British mandate in Palestine and managed to infiltrate British intelligence.

However, Ben Gurion confided in Jack Padwa that his 1950 visit in the US had been a disaster, and that few people understood waht the nascent state iof israel was all about

Jack Padwa turned to Ben Gurion and said that “What you need is a book and a movie”:

And with the backing of David Ben Gurion, Jack Padwa produced HILL 24 DOES NOT ANSWER

At time when the debate rages as to help present Israel in the public domain, please watch this film

Center for Near East Policy Research
541 POSTS0 COMMENTS
© A WEBstationONE.com production, partially funded by the Internet Development Fund and the IDF Link technology. © 2003-2020 All rights reserved. Articles and Special Reports on IsraelBehindTheNews.com are copyrighted. Every reader is welcome to reprint any and all articles, and with citation.
MORE STORIES

Center for Near East Policy Research - August 9, 2022
The war began after Israel arrested a PIJ leader in the West Bank last week. PIJ then began mobilizing for terror attacks along the...