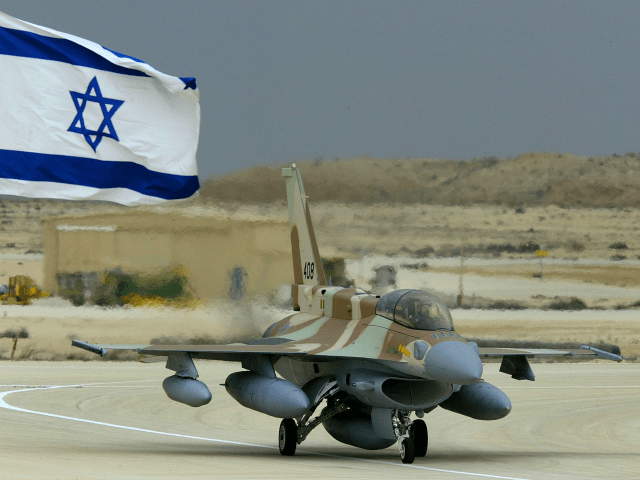 Starting Friday afternoon, PIJ then launched about 1,000 rockets, many of which were intercepted by Israel’s Iron Dome missile shield. Some PIJ rockets actually killed Palestinian civilians in Gaza.

Meanwhile, Israel wiped out PIJ targets — including the whole leadership — with minimal impact on civilians.

The whole conflict ended Sunday evening with an Egyptian-brokered ceasefire, leaving many observers puzzled as to whether PIJ — and Iran — had made a massive blunder.

There are several consequences that are immediately clear:

1. Iran looks vulnerable. Iran’s proxy was easily routed, which raises questions about the military readiness of other proxies, such as Hezbollah in Lebanon. One of the reasons Iran has been able to deter a possible military strike on its nuclear facilities — either by Israel or the U.S. — is the fear that it could retaliate against Israel using rockets launched from Lebanon and Gaza. While Hamas — also supported by Iran — has been able to hurt Israel somewhat, PIJ’s utter failure damages Iran’s deterrence.

2. Palestinians failed to rouse international sympathy. When President Joe Biden took office, amid promises of opening a Palestinian consulate in Jerusalem, and restoring some funding to Palestinian organizations, it seemed Israel might suffer. But after Hamas launched a war against Israel last year, forcing Biden in a more pro-Israel direction, the Palestinians — and their left-wing allies in the U.S. — lost their opportunity. There was barely any international opposition to Israel this time around.

3. Israel is winning the media war. Sixteen years ago, during the Second Lebanon War, terror groups were able to trigger international outrage against Israel by hiding fighters and weapons among civilians, and manufacturing stories of atrocities. It fell to independent bloggers to debunk the media’s worst anti-Israel stories. Israel’s media operation is far more sophisticated today. It responded instantly to claims of an airstrike on Palestinian civilians by showing they had been hit by a PIJ rocket.

4. Qatar is becoming a positive player. Qatar had, until recently, been known as a major sponsor of the Muslim Brotherhood and Palestinian terror groups. But Qatar has begun to play a more positive role, limiting its funding to more legitimate uses in Gaza, and reportedly helping Egypt to mediate the ceasefire between Israel and PIJ. If Qatar joins the other Arab states that have become friendly toward Israel, within and beyond the Abraham Accords, that will be huge step toward regional peace.

5. Israel’s left-wing government may be stronger heading into fall elections. Israelis have tended to trust former Prime Minister Benjamin Netanyahu on foreign policy and national security. But interim Prime Minister Yair Lapid can now say he led Israel to victory. Moreover, the Arab party in his coalition stayed quiet, and there was little of the inter-communal Arab-Jewish violence of the previous conflict. Lapid and his allies might hope to remain in power, thwarting a Netanyahu revival.

As always, there are few certainties in the Middle East. And while PIJ may have lost decisively, other Iranian-backed groups, notably Hamas and Hezbollah, are thought to have much more sophisticated arsenals. Still, with Iran facing possible renewed international isolation in the absence of a new nuclear deal, the momentum in the Middle East appears to have shifted — and the Biden administration can seize the moment, if it tries.

Joel B. Pollak is Senior Editor-at-Large at Breitbart News and the host of Breitbart News Sunday on Sirius XM Patriot on Sunday evenings from 7 p.m. to 10 p.m. ET (4 p.m. to 7 p.m. PT). He is the author of the recent e-book, Neither Free nor Fair: The 2020 U.S. Presidential Election. His recent book, RED NOVEMBER, tells the story of the 2020 Democratic presidential primary from a conservative perspective. He is a winner of the 2018 Robert Novak Journalism Alumni Fellowship. Follow him on Twitter at @joelpollak.