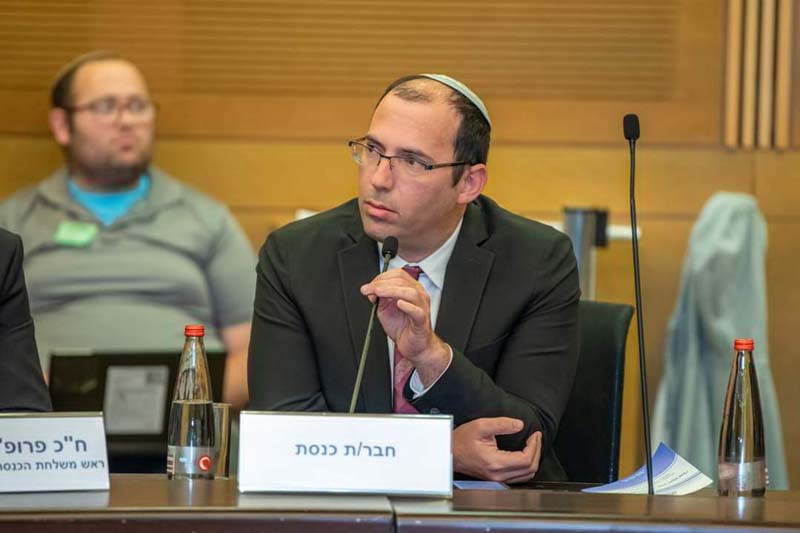 MK Simcha Rothman (Religious Zionism) on Sunday morning sent a warning letter before a defamation lawsuit to the Jerusalem Post before for one million shekels ($300,000) over an editorial that was published on the newspaper’s website titled: “Simcha Rothman’s support of Jewish terrorist crosses a dangerous line.”

Last Thursday I reported (Ignoring Shin Bet Torture, Supreme Court Rejects Amiram Ben-Uliel’s Appeal) that the Supreme Court rejected the appeal of Amiram Ben-Uliel who was convicted of murdering three members of the Dawabsheh family in Duma Village in 2015. Ben-Uliel was convicted in 2020 and sentenced to three life sentences plus 17 years, following which he appealed the conviction on the grounds that his confession had been obtained illegally. The district court threw out two of Ben-Uliel’s confessions because they were given under torture, but accepted a third confession which served as a key piece of evidence against him in his trial.

The district court claimed that since the third confession was given several days after the two torture-driven confessions, and was as rife with details as the first two, it should be accepted. In other words, the district court suggested that Ben-Uliel, already a marginal personality, had two whole days to recover from being tortured in the Shin Bet dungeons and therefore no longer feared that violence would be used against him.

Needless to say, torture victims spend a lifetime trying to recover from their trauma, but the court would hear none of that.

MK Rothman tweeted in response: “This week’s Torah portion reads (Deut. 16:20): ‘Justice, justice shall you pursue, that you may thrive and occupy the land that your God is giving you.’ The pursuit of justice must also be through justice, and a judicial system that as part of the process allows torture, lies, deception, and breaking the rules, does not pursue justice. It is a sad day for the State of Israel.”

Referring to another grotesque feature of the district court’s decision, ignoring that Ben-Uliel’s torture was justified by AG Yehuda Weinstein based on the doctrine allowing the torture of a suspect who is considered a ticking bomb – in an interrogation that took place half a year after the Dumka village arson, Rothman wrote: “We have no idea how much the investigation was contaminated by the enthusiastic Shin Bet interrogators, who carried out a ‘necessary investigation’ that was needless.”

Rothman concluded: “I don’t know if Amiram Ben-Uliel committed the murder in Duma or not. I know that a judicial system that confirms a confession given after torture does not deserve the name ‘judicial system.’”

“Before he could have read the court’s full opinion, MK Itamar Ben Gvir accused the court and the judiciary of being, disconnected, supporting a certain agenda, and of harboring ‘hatred,’” the editorial continued, noting: “These statements are not surprising from Ben Gvir, who has yet to find a Jew – convicted of harming Palestinians – who he does insist is innocent or misunderstood. … But Rothman knows better.”

The above is nothing short of a brutish attack on freedom of expression in Israel, suggesting that anyone who condemns a grotesquely corrupt decision of the courts, district, or supreme, is threatening the foundations of democracy.

In his warning letter to the JPost, Rothman’s attorney states that, needless to say, the above statements are complete lies, and there’s nothing between them and the actual statements made by MK Rotman.

These attacks on the burgeoning Religious Zionist party will continue as it becomes clear that more and more right-wing voters trust the Smotrich-Ben Gvir alliance more than they do Benjamin Netanyahu’s Likud party. Indeed, the RZ climb to around 12 mandates on average coincides with the Likud’s dropping one or two mandates.

As Rothman put it Sunday: “It is not clear to me why the Jerusalem Post decided to attack me with lies and slanders. Apparently the election period and the desire of the newspaper’s editors to influence the election results and act against me made them lose their minds.”

The JPost also uses the whataboutism tactics against Rothman, arguing: “If Rothman was ready to criticize all enhanced interrogation like the Public Committee Against Torture – including against Palestinians – this would be a defensible position. But he would never do this. According to Rothman, a Jew accused of violence is innocent even after conviction and after all, appeals are exhausted, but for Palestinians it is different.”

OK, this alone is a huge ground for a defamation lawsuit, and it’s followed brazenly by: “Rothman’s statement does not promote a fight against torture in the State of Israel, rather, it is a back door to legitimizing extremist Jewish violence against innocent Palestinians.”

But, you know, the Supreme Court’s despicable ruling has created a blessed coalition of right- and left-wing groups in Israel, united behind one crucial principle: thou shalt not torture. I, for one, have a dream that in my lifetime and his, I shall merit to see former AG Yehuda Weinstein taken in chains to face justice over his allowing the frustrated Shin Bet to torture the Jewish Duma suspects using the ticking bomb without any legal foundation. He should go to jail for that. And the same goes for anyone in Israel’s legal system who condones torture. As we’ve learned over the years from professional interrogators, torture just doesn’t work. Torture victims provide the answers they believe their tormentors want, period.

But if Mossi Raz from Meretz and Simcha Rothman from Religious Zionism can unite over their abhorrence to torture by our law enforcement agencies, then my trust in Israel’s politicians is higher than in its judges.