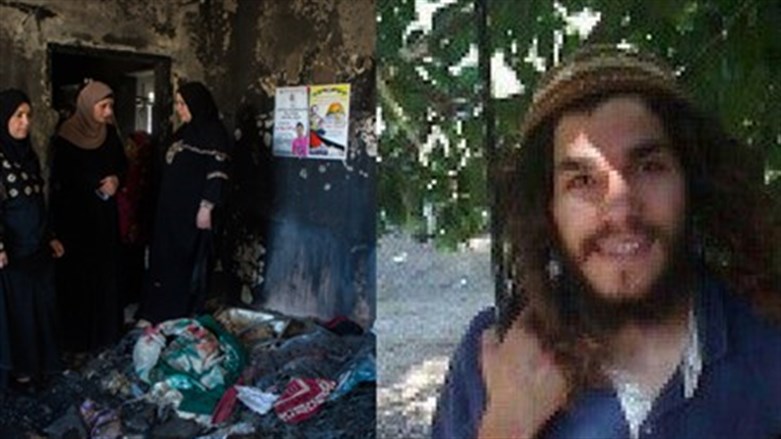 Here in a concise manner, we list many of the unacceptable practices in the Duma arson conviction which was upheld recently on appeal to the Supreme Court::

The first days after the arson: Without any evidence, it was announced that the arson and murder in Kfar Duma were committed by “Jewish Terrorists”. Almost like a blood libel, there was nothing connecting the crime to Jews unless you wish to believe that Arabs cannot daub Hebrew graffiti when they wish to confuse the police and the people. But this has happened in previous arson cases.

Administrative Detention: Again without any evidence against them, a large number of those sporting large knitted kippahs and long sidelocks were arrested and tortured to coerce an admission and confession.

No Lawyers Allowed: For 21 days none of the arrested were allowed to speak to a relative or to a lawyer. Were they not innocent until proven guilty?

Pain, threats and Torture: The accused were treated as Hamas and Islamic Jihad terrorists are treated. They were finally released without an apology. They and those close to them are still suffering the trauma and scars of what they experienced.

In “Welcome to your GSS interrogation” – Netanel Furkowitz, brutally interrogated by the GSS for 12 days in connection with the Duma incident, has broken his silence and recorded his account of the horrific interrogations.

False Video: When much of the public became aware that the Shin Bet (Shabak, ISA) was using illegal means to coerce confessions, the Shabak felt duty-bound to prove that their methods were justified for security reasons. The result was a doctored video production “The Wedding of Hate”. This faked video was so successful, that it proved, in Caroline Glick’s words: “that the whole community supported and even celebrated the murder of the Dawabshe family”.

Former Defense Minister Moshe (“We know who did it”) Ya’alon testified that “The prime minister brought a video of the wedding to the cabinet. At this point, some cabinet members still did not believe that Jews could commit murder in the Duma case. They were not prepared to say ‘Jewish terrorism. After seeing the video, they realized that there was a broader problem here.”

Ticking Bomb Lie: The permission obtained to torture Amiram Ben Uliel during GSS interrogations was obtained through lies and deception. The GSS and the Justice Ministry personnel knowingly lied when they claimed that Ben Uliel constituted a “ticking time-bomb threat”. The brutal torture suffered by Ben Uliel was therefore illegal.

The Deceitful Reenactment: The official video that “convinced” the judges of Amiram’s guilt, describes how Ben Uliel was forced to repeat his confession and reenact the crime after the head of the GSS interrogation team, known as “Miguel”, threatened him: “I have the means and I know how to use them”.

According to police regulations, a reenactment must be led by an officer who is not a member of the team investigating the case and does not know the details of the investigation. This is to ensure that the reenactment will be free of all influences from anyone who could give clues to the defendant being investigated. The defendant must lead everything from start to finish, but in the Duma case, apparently, there were other rules.

In the Duma arson reenactment, this regulation was violated twice. First, the officer who led the reenactment and walked hand in hand with Ben Uliel the entire time was Chief Superintendent Erez Amouyal, who was at the head of the Israeli Police investigation team in the Duma case.

The regulation was violated a second time by the presence of Miguel during the entire reenactment. Miguel was very involved with the investigation and the case. As far as Ben Uliel is concerned, one word from Miguel could bring him back to the interrogation room in which he was tortured.

A video of the reenactment begins with Ben Uliel sitting in a police Jeep on the way to Kfar Duma. Amouyal is sitting next to Ben Uliel and tries to get him to start talking. However, an uncooperative Ben Uliel answers, “I have no idea where we are going.” At this point, Miguel interrupts: “As we discussed, Amiram. Where would you like to go? What we discussed. Nothing has changed.”

Following this warning, 18 critical minutes are missing from the video after which Amiram cooperated fully and repeats his confession verbatim. What did they do or say to make him more cooperative? Did they give him the information which the justices said he could not have known?

Identifying the scene of the crime is a critical part of the reenactment, but Amouyal and Miguel prevented Ben Uliel from leading them to it. After the Jeep entered Kfar Duma, Ben Uliel asked to get out and lead them to the scene of the arson. “Could we walk?” he asked, and Amouyal answered him, “What’s that? Ahhh, we could, but right now we’d prefer not to. When we get closer.” Miguel added, “It’s [because of] the army.”

It seems apparent that Amouyal and Miguel were not pleased with Ben Uliel’s “identification” of the crime scene and understood that he was about to bring them to the wrong site, and insisted on not letting him out of the Jeep until they were very close to the site of the arson.

The judges chose to ignore this flagrant abuse of the judicial system.

Judge Shopping: The court announced that Justice Neal Hendel, who is critical of accepting confessions collected by improper means, was removed from the panel and was replaced. The three previous judges that found him guilty were known for their views..

All Positive Evidence Rejected: Any evidence that proved Ben Uliel’s innocence was summarily dismissed. It included his alibi, all witnesses who observed the crime and stated that at least two people were involved, the qualified graphologist who stated that the graffiti was not done by Amiram and in fact was the work of two persons, and that two cars were involved in the getaway.

The obsession to find Jewish settlers or a Jew guilty acted to protect the actual guilty parties. Logic tells us that the crime was the work of a Dawabsheh family member, just one of a list of similar arson attacks—-before and after the one that was highlighted as a Jewish crime. And the infamous Avishai Raviv, the planted provocateur, gives rise to another possible horrific scenario.

Unbelievable? One of the strongest reasons for doubt is the speed at which “Jewish” terrorists were accused. It seems the long awaited chance to implement what, during the years 1994-95 a committee, under the direction of then-Attorney General, Michael ben Yair, designed “Special Law Enforcement Rules for the Settlers in the Territories.”

“There is no doubt” of Ben-Uliel’s guilt,” the judges wrote in their decision .If so, we ask, why were so many loopholes and why so many unacceptable practices necessary to convict him?