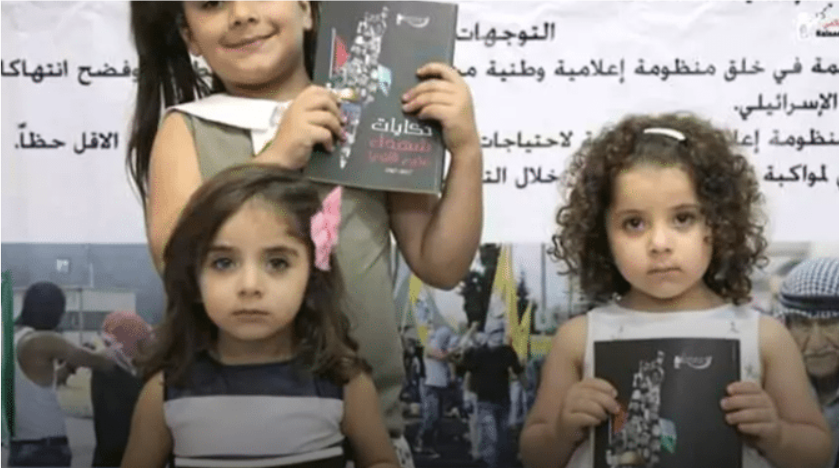 Children in the Palestinian Authority and UNRWA  began their school year on Sept. 1, only instead of the promised education reforms, their schools continue to use the same books that have been heavily criticized for inciting hatred against Jews and Israel.

History books in PA and UNRWA schools laud and legitimize the tragedy, in which Palestinian terrorists murdered 11 Israeli athletes, describing it as “resistance” to Zionism, and “Zionist interests abroad.”

It also showed that textbooks on World War II omit the Holocaust entirely. They cover the main events in detail, such as the German invasion of Poland, the Battle of Britain, the attack on Pearl Harbor, and the bombing of Hiroshima and Nagasaki, but not a word about the Wannsee Conference, concentration camps, or any other events related to the Holocaust.

Surprisingly, the German government is the main funder of the Palestinian education system, including textbooks. The PA Education Ministry’s budget for the implementation of their plan comes from Germany, as well as Norway, Finland, and Ireland.

Palestinian children are taught to believe that Judaism is a racist religion and that Jews control the media, politics, and finances. Jews are depicted as liars, corrupt, and “enemies of Islam at all times and places,” and as such should be eliminated.

The German Embassy in Ramallah confirmed in a statement that the country “does support Palestinian education, but does not finance the development or printing of the textbooks. “We are in constant dialogue with the Palestinian side for further improvements in the education sector and the materials used in it,” the statement said.

58% OF THE UNRWA BUDGET IS ALLOCATED FOR EDUCATION, WHICH INCLUDES FEES FOR DEVELOPMENT AND PRINTING OF THE PA TEXTS FOR  USE IN UNRWA SCHOOLS. GERMANY, AS THE LARGEST DONOR TO UNRWA EDUCATION, KNOWS THAT VERY WELL.