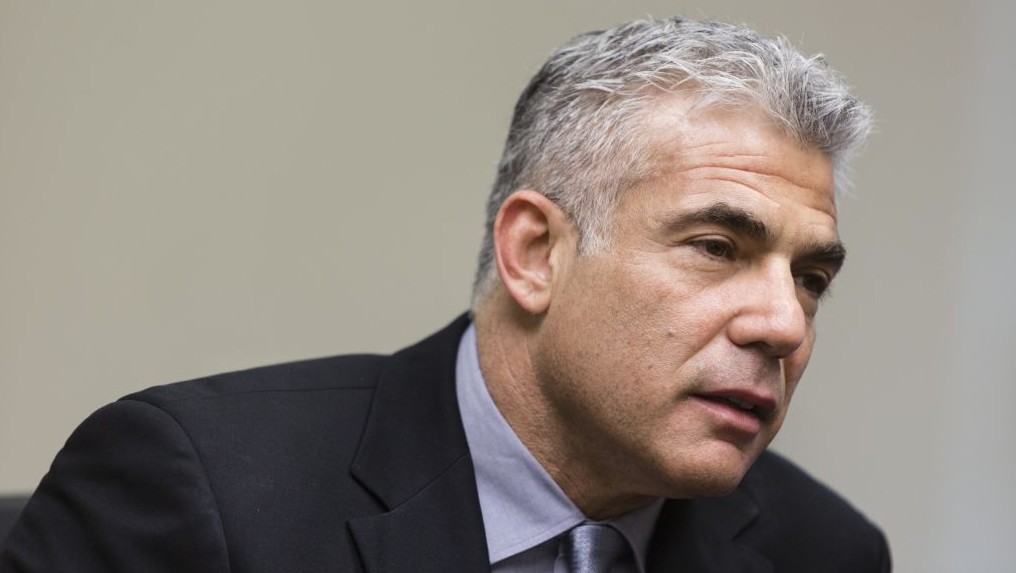 The EU is seeking to reset its often testy relationship with Israel next week, convening a summit on Monday of senior political figures for the first time in a decade.

The meeting format, known as the EU-Israel Association Council, has essentially been dormant since 2013, when Israel canceled a gathering in protest over the EU’s stance on Israeli settlements in the West Bank. Since then, the two sides have continued to clash over similar issues.

But the 2021 exit of hardline Israeli Prime Minister Benjamin Netanyahu opened the door for current rapprochement. His replacement, Yair Lapid, who also holds the foreign minister role, has embraced a two-state solution with Palestine — a position more in line with many EU countries’ approach, even if several countries are still expected to express disapproval of Israel’s Palestinian policies on Monday. Brussels is also eager to shore up energy supplies from Israel amid Russia’s war in Ukraine.

“There’s a big hope that the upcoming association council between the EU and Israel will bring … a new wind into our relationship,” Czech Foreign Minister Jan Lipavský told POLITICO last week at the United Nations General Assembly, expressing optimism that the development will be one of the key achievements of the Czechs’ six-month rotating EU presidency.

Still, getting EU consensus on one of the world’s most notoriously contentious conflicts is not going to be easy.

Countries like Ireland and Sweden have traditionally taken a more pro-Palestinian stance — Palestinian President Mahmoud Abbas stopped off in Dublin for a meeting with the Irish prime minister earlier this month en route to the U.N. annual gathering. On the other end of the spectrum, Israel has strong supporters within the EU. Hungary, for example, is a staunch ally with economic and ideological bonds forged over the years between Prime Minister Viktor Orbán and Netanyahu.

Before the EU-Israel council went dark, it had served for more than a decade as a forum for officials to regularly meet and discuss these issues. Now, with the council set to be revived, member states are tinkering with an official communique that needs to satisfy the spectrum of views regarding EU-Israeli relations.

Finding common language can mean weeks of fighting over a single word while backroom deals are cut to appease the myriad interests at play. Palestinian officials are also watching closely, demanding not to be left out of a similar diplomatic engagement with Brussels.

The EU’s complicated role in the Israel-Palestine conflict has played out in numerous controversies this year alone.

This spring, the European Commission was forced to delay funding for the Palestinian Authority over the content of textbooks, which critics say included anti-Israeli incitements to violence.

The decision to block the funds was led by Hungarian EU Enlargement Commissioner Olivér Várhelyi. As POLITICO first reported, 15 countries sent a letter to the Commission in April blasting the move. Commission President Ursula von der Leyen finally announced the money would be disbursed during a visit to the Palestinian city Ramallah in July.

Further tensions with Tel Aviv emerged following an Israeli raid in July on the offices of Palestinian NGOs.

Israel had accused the groups — some of which received funds from EU countries — of being terrorist organizations. But numerous EU countries weren’t convinced.

In a joint statement at the time, Belgium, Denmark, France, Germany, Ireland, Italy, the Netherlands, Spain and Sweden all blasted Israel, saying it had not supplied “substantial information” to justify the raids. The bloc reiterated those “deep concerns” in August after further Israeli raids on civil society groups.

Another dynamic affecting the EU’s relationship with Israel is the Continent’s energy woes. As Europe scrambles to find alternative sources of Russian gas, furthering energy ties with Israel is one possible answer.

In a June visit to Israel, von der Leyen signed a memorandum of understanding with Israel and Egypt to boost gas exports. The EU is also Israel’s largest trade market and accounts for about a third of Israel’s total trade.

But while economic imperatives explain part of the new push for engagement with Israel, long-term observers say the outreach also reflects a new willingness to engage with Tel Aviv after Lapid came to power this summer. Lapid entered office as part of a power-sharing arrangement with Naftali Bennett, who held the job for a year prior to him.

“I think it is a genuine shift,” said Maya Sion-Tzidkiyahu, who helms the Israel-Europe Program at Mitvim Institute, an Israeli think tank. “The change of tone was made by Lapid, who shares much of the EU’s normative stance on the liberal democratic world order. It’s now much more positive than during Netanyahu’s government, even if Bennett and now Lapid government is not advancing the peace process.”

“Disagreements on contentious issues such as the Palestinian or Iranian one will not disappear, but perhaps there are now better understanding for the concerns of each side,” she said.

Lipavský, the Czech foreign minister, is aware of the concerns some EU countries have about the Israeli’s government actions in the West Bank and towards Palestinians.

“We need to discuss [these concerns] openly, but I don’t think that one issue should block the debate about the others,” he said.

Officially, the EU supports the two-state solution that sees a Palestinian state living side-by-side in peace and security with Israel — a vision also shared by the United States. But making that prospect a reality seems as far away as ever.

Sven Koopmans, the EU special representative for the Middle East peace process, wrote earlier this month that all parties needed to help identify ways to solve the man-made conflict.

“The current situation is increasingly seen as a structural human rights problem, in which Israel has the upper hand,” he wrote in the Israeli outlet Haaretz. “That negatively affects how the world perceives Israel, and holds risks for the long-term. It should not be that way.”

When it comes to resuming the peace process, Sion-Tzidkiyahu is not confident.

“Under the current political circumstances in the Palestinian Authority and Israel, such development is not foreseen,” she said. “At most, the EU can push for more practical steps by Israel to improve Palestinian’s condition.”