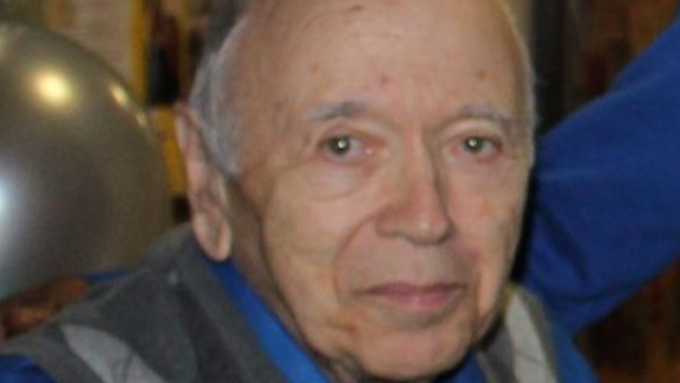 Harold Gorvine, my history teacher, from the time I  was 14, has died.

Harold’s way of teaching  was unique. He told us not to take notes. Rather, to listen and to follow the lives of those  who made history.

Harold taught us to think about what must be going on in their minds.

How appropriate that Harold will be buried on at 11 am on November 11, the very moment and very hour that the cannons of WWI ceased fire.

Have consciously dedicated my professional life to the art of inquiry as taught by Harold Gorvine.

Most recently, requested Harold’s permission to dedicate to him my forthcoming book, “Encounters of an Investigative Journalist in Jerusalem.”

Harold wrote back that the request brought him to tears, and gave his permission.

In March 1968, less than a year after the Six Day War, Harold brought Rabbi Eugene Weiner to addressed our senior high school class at Akiba about the moral implications of that war: Arab refugees from the 1948 war now live under Israeli control. It was from this lesson in  Dr. Gorvine’s class that we understood that, “refugees from the 1948 war are now Israel’s responsibility.”

That one sentence inspired a career.Since opening a news investigation office in 1987, UNRWA policies have become the prime focus of my work.

For this I thank Harold, who lit the spark that kindled a life-long career of investigating UNRWA.

Harold’s inspiration began to take shape shortly after my time at Akiba.

In 1971, I was working at my first job at Jerusalem Hillel. There, I was disturbed to learn that there was no place where all Jews could learn in an open atmosphere of mutual respect, like the one we had at Akiba. The available options then were: HUC (Reform) , Neve Schechter (Conservative), Hebrew University (academic) and various Yeshivot (Orthodox).

So my first project was: “How to Start a radical Yeshiva”.

I came back to Philly and broached the idea of a radical yeshiva with both Harold and Ronni Brauner, two beloved Akiba teachers who have now passed away, as well as  with our Akiba Principal, Dr. Reisman. I spelled out the vision, and they each gave encouragement.

Returning to Israel, I sought advice from Rabbi Mordecai Kaplan, who used to spend time in the Hillel library, from Rabbi David Hartman, and from Prof. Nechama Leibowitz.

That project to form a radical yeshiva, with Harold’s open approach to inquiry, became the Pardes Institute. Pardes just celebrated its 50th anniversary, a living memorial to the method of inquiry that Harold Gorvine shared with generations of Akiba students.

I did not found Pardes. However, thanks to the inspiration of Harold Gorvine, Pardes  was facilitated

Harold Gorvine  will be dearly missed – by me, and so many, many others. May his memory be for a blessing.

Lies and Unapologetic Antisemitism from the UN “Commission of Inquiry”