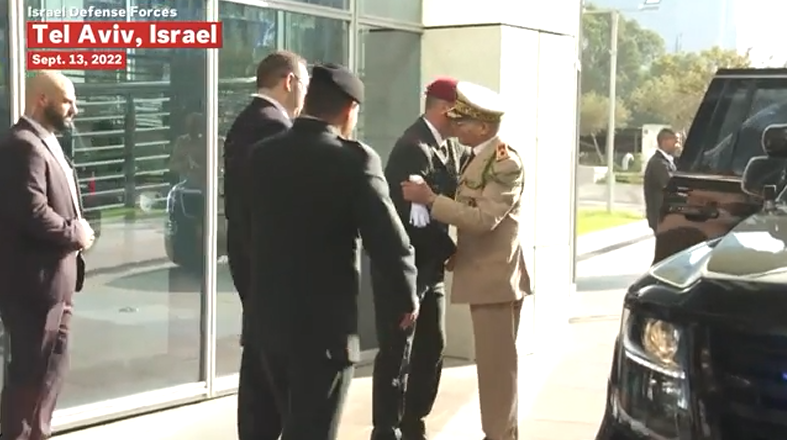 The world has long had a keen interest in and focus on the Arab-Israeli conflict. Part of this focus, for so many years, has been an unfair, microscopic attention to Israel’s actions and relationship with the Palestinians. Israel has been subjected to a standard that no other country in the world has had to endure. This has been the case for so many years, but it is now clear that the criticism of Israel is not about particular actions, or particular issues like borders, but about Israel’s very existence.

The United Nations, which voted to partition Palestine leading to the creation of the State of Israel 75 years ago this month, unfortunately has become over the years a major arena for anti-Israel propaganda. This has given aid and comfort and material support to Israel’s implacable enemies. The high point of this rhetorical abuse of Israel came in 1975, when the UN General Assembly passed a resolution which characterized Zionism, the legitimate national liberation movement of the Jewish people, as a form of racism. That obscene declaration was aptly referred to by Daniel Patrick Moynihan, America’s great UN ambassador, as an “infamous act.”

As it is often said: “words have consequences.” That shameful UN resolution, cooked up by the Soviet Union and pushed through the UNGA by the Islamic Conference and the Communist bloc, gave a false international credibility to the idea that Israel is a racist, illegitimate, uniquely evil state. In 1991, the United States, during the George H.W. Bush administration, led a successful effort to repeal the resolution. Unfortunately, two UN institutions that were created in the wake of that original resolution, and that have served to implement its message, continue to operate.

The Committee on the Exercise of the Inalienable Rights of the Palestinian People (CEIRPP), and the Division for Palestinian Rights (DPR) engage in a year-round effort to undermine and delegitimize Israel, all in the name of the international community! This mindset has permeated college campuses, social media, pockets of public opinion in Europe, and even in the United States. It also underlies the pernicious BDS movement. Such a negative, rejectionist view of Israel is based on ignorance, misinformation, and in some instances, antisemitism. It belies the fact that Israel is an enlightened democracy, the only one in the Middle East.

As it approaches its 75-year of existence, Israel is a world leader in high tech and innovation. In addition to Egypt and Jordan, which signed peace treaties with Israel decades ago, Israel is now also officially at peace with the UAE, Bahrain, Sudan, and Morocco, thanks to the Abraham Accords signed in 2020. More Arab and Muslim countries are sure to follow, as the taboo of dealing with and recognizing Israel is gone.

The Palestinians also deserve to be included in this new paradigm of peace and prosperity for the Middle East. For too long their corrupt leaders have misled them, incited them to violence and hatred, and prevented any peaceful accommodation with their Israeli neighbors.

At the end of November, the United Nations, as it does annually, will mark the “International Day of Solidarity With the Palestinian People.” It should more properly be called “Attack Israel Day.” On that date, a rash of one sided resolutions will be passed unfairly singling out Israel. This will include resolutions reauthorizing the mandates of and funding for the aforementioned Palestinian Committee and Division. Just as the U.S. led the way in repealing the “Zionism Is Racism” resolution 30 years ago, it should work to shut down the DPR and the CEIRPP.

If UN member states are interested in contributing toward ending the conflict, with benefits for Palestinians and Israelis alike, they should stop supporting the anti-Israel propaganda apparatus that makes peace impossible to achieve. CEIRPP and DPR do not promote peaceful coexistence but the destruction of Israel as we know it, and the creation of a Palestinian State “from the river to the sea.”

Responsible nations should not reauthorize the funding of these entities, which only push peace further away. Instead, they should start promoting the kind of peaceful dialogue, conflict resolution, and forward-looking arrangements that could bring the Palestinians into the Abraham Accords.

Ileana Ros-Lehtinen is a former member of Congress (R-FL) who was chairwoman of the House Foreign Affairs Committee from 2011-2013. She is now a senior advisor at Akin, Gump, Strauss, Hauer & Feld, LLP.

Eliot Engel is a former member of Congress (D-NY) who was chairman of the House Foreign Affairs Committee from 2019-2021.

OPINION: Ben-Gvir’s appeal is based on security, not bigotry