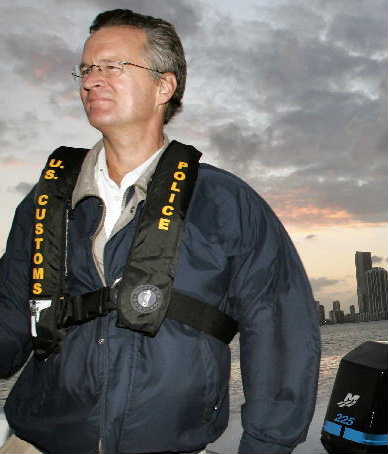 The explosive revelations of the “Afghan War Diary” released by WikiLeaks this week reveal several open secrets that have been well known to those who have closely followed this war for many years.

First and foremost, the documents reveal the abiding treachery of Pakistan’s Inter-Services Intelligence service, the ISI, which has helped the Taliban kill Americans in Afghanistan at the same time it has solicited U.S. help to battle the Taliban in Pakistan.

Reps. Ron Paul, R-Texas, and Dennis Kucinich, D-Ohio, joined forces on Tuesday on the floor of the U.S. House of Representatives to excoriate the Bush and Obama administration for doing nothing to keep the ISI in line.

But they shouldn’t have been so shocked. For years, as The New York Times commented on Tuesday, “both Bush and Obama administration officials as well as top American commanders have confronted top Pakistani military officers with accusations of ISI complicity in attacks in Afghanistan, and even presented top Pakistani officials with lists of ISI and military operatives believed to be working with militants.”

Why do we continue to give money to Pakistan’s military under such circumstances? Because war isn’t fought according to Emily Post’s rules of etiquette, and it is a very messy business, indeed. Treachery on the battlefield is as old as valor.

Of course, the Pakistanis are claiming that the U.S. field intelligence reports released by WikiLeaks are fabrications and lies, but that won’t make them go away. Congress is now going to debate the ISI’s treachery in public.

Let’s see how many of our elected blamers actually have the stomach to face the facts as they are, not as they might like them to be.

The second major “open secret” that the Afghan War Diary confirms is Iran’s long-standing and ongoing support for the Taliban.

This, too, might come as a shock to anyone who believed the nonsense many so-called “experts” in terrorism have been feeding the public for many years that Shiite Iran would never think of helping a Sunni terrorist movement because of their sectarian differences.

As I reported last week, even the U.S. Treasury Department has gotten wise to the game, and has added its voice to a growing chorus of senior U.S. military leaders who have exposed Iran’s active and ongoing support for the Taliban.

The leaked field intelligence reports begin in early 2004, and from the start they show that Iranian weapons are being seized in insurgent and Taliban weapons caches.

A May 2007 report showed that Iran’s Revolutionary Guards Corps set up a special headquarters just across the border from Herat, the regional capital of Western Afghanistan, with “helicopter, tanks, and artillery launchers from the Sepah Pasdaran Army assigned to the HQ to perform distractive activities in Afghanistan, aimed at International and Afghan Government troops.”

This is the same region where hundreds of top al-Qaida operatives escaped into Iran in the weeks following the 9/11 attacks on America. Iran continues to provide many of them sanctuary to this day, according to U.S. intelligence reports cited by Treasury and Pentagon officials.

Yet another document, dated Oct. 6, 2009, identifies a plot by insurgents to kidnap eleven children and transport them to Iran.

“One of the more interesting exposures of the WikiLeaks documents shows Iran’s support from the Taliban,” former undersecretary of State John Bolton said at a fundraiser for Maryland House of Delegates candidate Ron George on Tuesday.

“Iran is supporting the Taliban, Hamas, and other Sunni groups, as well as Hezbollah and Shiite groups. Iran is an equal opportunity supporter of terrorism,” Bolton said.

He added, “If anything should convince us of Iran’s intentions as regards its nuclear programs, look to their support for foreign terrorism over the past 20 years. Then imagine Iran getting nuclear weapons.”

The overwhelming majority of the 76,912 Afghan War Diary documents released so far are similar to U.S. military field intelligence reports declassified and released after the 2003 liberation of Iraq.

The main difference is that they have not been declassified, so names of Afghan sources and other identifying information are still included in the data dump. The “Diary” also includes notes taken by military staff during sensitive meetings with local Afghan officials.

WikiLeaks is referring media who want to comment on this latest disclosure to a panoply of left-wing nongovernmental organizations, so their intent to harm the U.S. government, the intelligence community, and the war effort in Afghanistan is clear.

However, a wise administration would use this unauthorized disclosure as a teachable moment to put real pressure on the Pakistan government to cut off all aid to the Taliban. If Pakistan actually ended all such assistance, I doubt the Taliban would survive – at least, so long as the U.S. military maintains its robust presence in Afghanistan.

A wise administration would also use these revelations as an additional justification for ratcheting up the pressure on Iran.