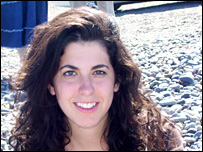 Will the recognition and creation of a Palestinian state by the United Nations Security Council magically end Mideast unrest? Can the UN fulfill the role of the Wizard of Oz and help ensure that such a state truly serves its people? PA President Mahmoud Abbas has predicted that a Palestinian state will allow his people to live as a “peace-loving nation, committed to human rights, democracy, and the rule of law,” echoing the sentiments of many in the international community. (New York Times, May 16, 2011)

However, there are those in the Palestinian community who foresee a far different kind of future. According to several prominent Palestinian and Arab commentators and bloggers, this proposed prophecy will never see reality as long as a corrupt Palestinian leadership remains in place, continuing the dishonest financial dealings that defined past PA President Yasser Arafat and now Mr. Abbas.

Sami Jamil Jadallah, a Palestinian American who is an international legal and business consultant, recently wrote an article comparing Israeli and Palestinian leaders in light of Israel’s 63rd anniversary for Palestine Note, a news and opinion site based in Washington DC. He first addresses past history and describes David Ben-Gurion as having “dedicated his life to creating a nation out of the remnant of people from over 120 countries and succeeded in having a state with governing institutions on day one.” As for Arafat, Jadallah harshly criticizes, writing “the other succeeded dedicating his life to political manipulation, lies fraud, corrupting everything around him and failing “his” people at every turn, never having achieved liberation or the return of refugees.”

He adds that “Ben-Gurion did not invite his family and friends and associates to loot the country as Yasser Arafat did” and that he is “not aware of any Israeli leader who became a multi-millionaire while serving the nation and the people while in public office.” Arafat’s wife, Suha was reportedly promised $22 million a year from PA funds by Abbas, following her husband’s death. Mr. Abbas himself lives in a luxury villa worth $1.5 million (New York Times 2/2/97).

Indeed it is the lack of accountability of funds among the Palestinian leadership that truly raises the Jadallah’s ire.

“What we know is that the Palestinian leadership never bothered to operate a transparent accountable system and the PLO was and continues to operate as “private” closed corporation for the benefit of very few selected and self appointed members of the Executive Committee. We never knew the how’s and the why’s of the operation of the PLO and the Palestine National Congress,” he writes.

In 2006, the Palestinian Attorney General Ahmed Al-Moghani revealed that at least $700 million of PA funds–others estimate up to $1 billion– had been stolen or squandered by corrupt Palestinian officials during the last few years. Some of the millions were transferred into personal accounts abroad.

Jadallah ends his piece by describing the current PA government as lacking the “integrity, professionalism and the competency to achieve the end of occupation. He says that the PA “promises the people a “virtual” state with none of the prerequisites of a modern nation state.”

Ali Younis, a Washington-based journalist, also wrote in an article for Al Arabiya, February 28 noting that “the late Palestinian leader Yasser Arafat used corruption as a tool to manage and control his chaotic Palestinian Authority.” He points out that “President Mahmoud Abbas is no different according to many complaints against him by Palestinian intellectuals.”

In addition to the questionable financial system that the PA has in place, free speech and free press under the current regime of Mahmoud Abbas is also extremely problematic. Human Rights Watch’s April 6 report, “No News Is Good News: Abuses Against Journalists by Palestinian Security Forces, highlights the way in which Abbas’s PA security “tortured, beat and arbitrarily detained journalists.”

The report also cites the Palestinian journalism watchdog, MADA which documented that “the number of physical attacks, arrests, detentions, arbitrary confiscations of equipment and other violations of journalists’ rights by Palestinian security forces this year increased in both Gaza and the West Bank in 2010 by 45 percent from the previous year.”

MADA also called for an immediate investigation into a severe attack on Palestinian journalists who were covering a youth sit-in in Hamas-controlled Gaza on March 15, 2011. The youth were demanding an end to internal political strife between Fatah and Hamas. Internal security personnel at the event attacked and beat the journalists who were attempting to cover the event.

The creation of a Palestinian state via the UN will in no way end the Mideast conflict, but will only add another dimension of instability to the region. Nor will it serve the interests of the Palestinian people. As of today, there is no serious foundation for a stable democratic Palestinian state, devoid of the corruption that brought about the Arab Spring in the rest of the Middle East. How can the international community even consider that such a state be created at this time?

In order for the Palestinians to live in freedom and democracy, they must have honest leaders, a sound electoral process, democratic institutions, transparent accounting and a fair judicial system. Under Hamas and Fatah, the Palestinians have none of these critical elements. Only lies. Abbas’s yellow brick road to the UN will lead to nowhere.