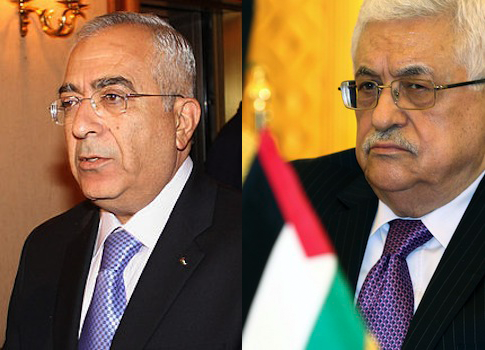 Following the resignation of reform-minded Prime Minister Salam Fayyad, a Hamas lawmaker is currently in line to replace the 78-year-old Abbas should he die or become incapacitated. Regional experts say the exit of the PA’s lead reformer only increases the chances that Hamas could gain a foothold in the PA.

Hamas’ anticipated rise to power in the PA could lead to a cut off in critical U.S. aid dollars and foster an even more fraught relationship with Israel and America, according to the Rep. Peter Roskam (R., Ill.), the House’s chief deputy whip.

“It’s one of the things Congress will have to monitor closely,” Roskam said in an interview.

Lawmakers on both sides of the aisle, he said, are poised to “encourage the PA to deal with their succession plan. The notion of a default position of a Hamas official being the head of the PA is complete unacceptable and if the PA were to make that decision to have that leadership, the consequences are quite significant.”

Roskam and Rep. Daniel Lipinski (D., Ill.) introduced a resolution Tuesday that would require Abbas to “clarify a presidential succession plan” and “take preventative measures to limit the possibility of a Hamas takeover in the West Bank.”

“There’s a lot of concern about [Fayyad’s] resignation and it begs the question about what are the factors that drove it and what does it mean for the future,” Roskam said. “It’s a very significant departure and raises a lot of concerns.”

Roskam said such an outcome would be unacceptable and would prompt Congress to take immediate action.

“I hope they don’t have a terrorist affiliate as the head of the PA,” Roskam said.

Congress has effectively put “the PA on notice” by introducing the succession resolution, which is already garnering bi-partisan support on Capitol Hill, according to sources close to the legislation.

“What we’re doing is putting the PA on notice that Congress has an expectation they’ll deal with this and comply in order to make sure the relationship isn’t put into further jeopardy,” Roskam said.

The resolution explicitly states that Abbas “does not have a responsible heir to succeed him in the event of his death,” noting that a Abbas has survived prostate cancer and “was hospitalized 6 times in 2010.”

Abbas must take immediate steps to replace Fayyad with another reform-oriented figure and to establish a comprehensive succession plan that excludes Hamas, according to the resolution.

The resolution requires Abbas to “clarify a presidential succession plan, expand political freedom in the West Bank, and take preventative measures to limit the possibility of a Hamas takeover in the West Bank.”

The resolution also seeks to “ensure that officials participating in any present or future Palestinian government are committed to… the recognition of Israel, renunciation of violence, and adherence to previous diplomatic agreements.”

Roskam compared Dweik to Fayyad, who Roskam described as “a restraining influence and someone who came in with… credibility in the West.”

Lawmakers and Middle East are not optimistic that a Hamas official would work to foster peace with Israel.

United States law dictates that no taxpayer aid shall be awarded to Hamas, meaning that aid to the PA would also be cut should a member of the terrorist group rise to power.

Dweik’s ascension to power in the PA would “foster a crisis in U.S. relations and Israeli-Palestinian relations and result in a cut off in international funding,” which could lead to the PA’s collapse, according to Jonathan Schanzer, a former terrorism finance analyst at the U.S. Treasury Department.

“The Roskam bill highlights the deficit in leadership and sucession-a crisis that needs to be avoided,” Schanzer said.

While House lawmakers have not yet discussed the new legislation with PA representative in D.C., Roskam said the implications are clear.

“I think the world is on notice that with the resignation of Fayyad that there are changes at the PA,” said Roskam.