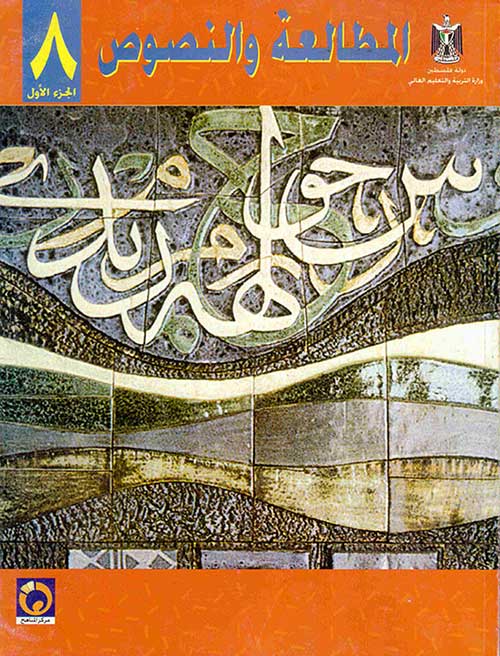 What follows are scanned Palestinian Authority schoolbooks, currently in use in the school system of the Palestinian Authority schools, the UNRWA schools, and the Arab schools in Jerusalem..Each book appears in a separate file. Each file contains the scanned cover of the book, with the details underneath in English, and the relevant page(s) with the quoted material circled in red. The English caption under each page briefly presents the content with the page number. For the full translated text you should see at:
http://israelbehindthenews.com/library/pdfs/RightofReturninUNRWASchools.pdf

On the right upper corner of each book you will find the PA emblem and two inscriptions underneath. The upper one says: “The State of Palestine”.

Dr. Arnon Groiss served as Director of Research for the Institute for Monitoring Peace and Cultural Tolerance in School Education (IMPACT-SE, formerly the Center for Monitoring the Impact of Peace – CMIP) where he conducted research between the years 2000-2010 and authored a dozen reports on the attitude to the “other” and to issues of peace and war in schoolbooks of the Palestinian Authority, Egypt, Syria, Saudi Arabia, Tunisia and Iran. The reports are found on the Institute’s Web site: www.impact-se.org. An article concluding his ten-year research of this subject was published last year: Arnon Groiss, “Delegitimization of Israel in Palestinian Authority Schoolbooks”, Israel Affairs, Vol. 18 (2012), Issue 3, pp. 455-484. In that article he compares the PA schoolbooks to those of other Arab and Middle Eastern nations, including Israeli ones. In light of his experience in this field, Dr. Groiss was appointed as member of the Scientific Advisory Panel of the Israeli-Palestinian schoolbook research project commissioned by the Council of Religious Institutions of the Holy Land (CRIHL), a body incorporating the heads of the main Christian churches in Jerusalem, the Israeli Chief Rabbinate and the PA Ministry of the Endowment and Religious Affairs. Dr. Groiss is an Arabic-language journalist by profession and had various positions at Israel’s Arabic Radio during the last 40 years. He is a graduate of the Hebrew University’s Departments of History of the Islamic Countries and Arabic Language and Literature and received his MA and Ph.D. degrees from Princeton University’s Department of Near Eastern Studies. He also holds an MPA degree from HarvardUniversity’s J. F. Kennedy School of Government. Assignment Write a story of a deserted Arab house in Jaffa, p. 120. Exercise Connect a poem verse about martyrs’ blood with the right feeling – hope for liberation of Palestine, p. 24. Poem We Shall Return with implicit violent connotations, p. 40. Poem The Martyr with joy of seeing blood and corpse, a noble death of men, p. 97. Inhabitants of Palestine are Palestinians in and outside Palestine but not the 5.5 million Jews there, p. 11.