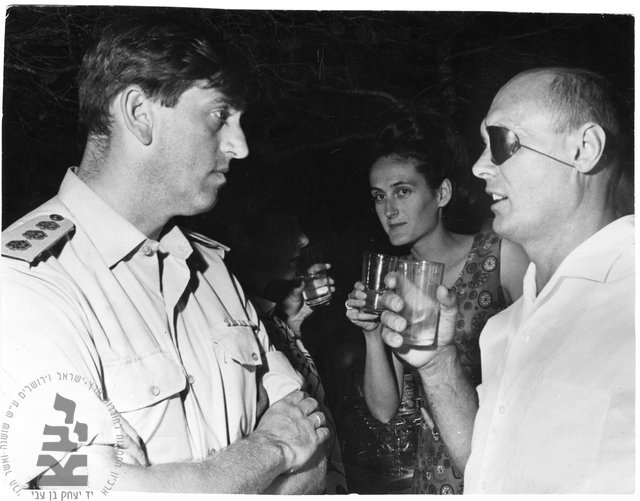 In Jerusalem on July 29th, I met with Colonel Mordachi Ba-Ron now 84, to discover the roots of the Arab refugee issue. Mr Ba-Ron was a platoon and company commander in the Givatti Brigade during the war of independence in 1948. I was told to speak with him regarding this topic, as he directly saw and was involved in the Arab families leaving their homes in 1948.

Interviewer: Can you please tell me what you witnessed as a company commander in 1948 regarding the Arab families leaving their villages. Was there a directive given for the Arabs leaving their homes?

Colonal Ba-Ron: My Platoon was mainly active between Tel Aviv down to Ashkelon. Even before the invasion of the Egyptian forces, I was involved with the Arab Villages. For example my company had to deal with and fight an Arab contingent from various villages.

After the war finally broke out, a number of Arab families started to flee their homes. Rather than the Israeli army forcefully removing citizens, the vast group of individuals had already fled to areas such as Ramleh, which was not yet conquered.. After I lead a mortar attack on a village, my company stormed the city and I personally saw there was no-one there to be found. For example, before my brigade went into the areas of Mashdal and Isdud (today known as Ashkelon and Ashdod,) families had already fled out of fear.

During the war, there were villages that were based on a number of strategically important areas in between Tel Aviv to the South. In some of these cases the order was given from above that we needed to vacate the villagers from these areas to create a strategic stronghold. These villagers were a part of a small number that were actively told to leave their homes

My interview with Colonel Ba-Ron lasted for thirty minutes and it was fascinating to hear an individual who saw firsthand the Arab refugee issue starting. I had previously done a vast amount of research on this important topic through working at the Centre for near east policy research. However after speaking with Mr. Ba-Ron, my knowledge on the subject was immediately widened and gave me a more balanced perspective on the matter.