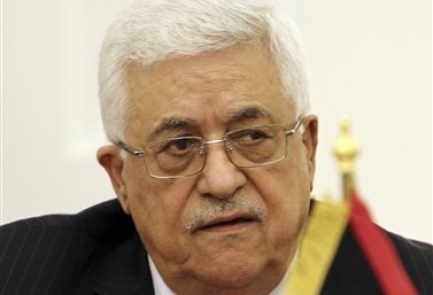 The Palestinian Authority has yet to form the political infrastructure that would allow it to reach a permanent peace agreement with Israel, Brig. Gen. (res.) Yossi Kuperwasser, director-general of the Strategic Affairs Ministry, said Wednesday.

Kuperwasser was speaking at a conference hosted by the Institute for National Security Studies in Tel Aviv to mark 20 years since the 1993 Oslo Accords.

Kuperwasser, formerly head of the Research and Analysis and Production Division of the IDF Directorate of Israeli Military Intelligence, has previously expressed reservations about the Palestinian ability to reach a peace deal with Israel.

Writing for the Jewish Policy Center recently, Kuperwasser painted a pessimistic picture of Israel’s relations with the Palestinians, saying they would continue to be complicated “because of Palestinian insistence on operating unilaterally, and their ongoing incitement to hatred and violence.”

“Chief among the difficulties is the Palestinian organizations’ denial of the legitimacy of Israel’s existence in any form, and specifically existence as the nation-state of the Jewish people,” he wrote. “There are also the problems of the aging of the current leadership and radicalization of political discourse in the region as well as inside the Palestinian community. The current misperceptions of many European governments about the conflict offer no incentive for the Palestinians to drop their intransigence toward real, positive peace based on accepting Israel as the nation state of the Jewish people. Palestinian policies bolstered by Western governments may well lead to increased violence and terror, though the Palestinians are reluctant to experience another intifada.”

Back in May, also at an INSS conference, Kuperwasser said the PA was still telling its public that the Jewish presence in Israel was temporary.

Former MK Yossi Beilin also spoke at the INSS conference on Wednesday, and said that he expected Justice Minister Tzipi Livni, who serves as Israel’s chief negotiator with the Palestinians alongside Prime Minister Benjamin Netanyahu’s envoy Yitzhak Molcho, to resign her ministry and devote all her energy to the negotiations.

“This thing is being handled like some moonlighting gig. Once a week, once every other week, an afternoon here and there — what is that?” Beilin said, referring to the sporadic schedule of Livni’s meetings with chief Palestinian negotiator Saeb Erekat.

Science and Technology Minister Yaakov Peri, who also spoke at the conference, said, “The Palestinians know that time is running out. Everyone knows that a binational state would spell the end of Zionism.”

Last week, U.S. Secretary of State John Kerry urged Israel and the Palestinians to step up the talks, saying that the parties must strive to reach a permanent peace agreement within nine months.