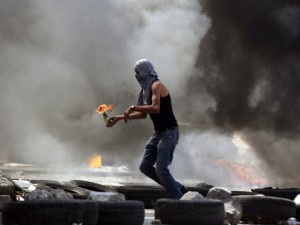 While omitting to mention any context or reason for the Israeli operation, it was quick to cite “credible reports”. In determining that its employe had been shot “…on his way to work. Wasn’t involved in any violent activity.”

In an assertive, unified, and resurgent Germany, the Holocaust is now the butt of manifestly anti-Semitic jokes. This would have been unthinkable only 10 years ago. Yet, in meetings I have had over the last 4 years with young German scholars, intellectuals, artists, and budding politicians, as alcohol and mutual acquaintance put them at ease, they all, with one exception, reverted to shocking form.
Three years ago (in 2004), I had dinner in Skopje with young political activists and thank tank scholars from a renowned right-of-center foundation (Stifftung). They were well-aware that I am an Israeli and a Jew. This did…

(Communicated by the MFA Spokesperson)

Israel regrets the fatalities that resulted from yesterday’s military operation to arrest a Palestinian terrorist suspect. A formal investigation has been launched by the IDF, as part of a standard procedure in any case involving civilian casualties.

Without prejudice to the outcome of the investigation, we were disappointed (but not surprised) at UNRWA’s press statement from yesterday. While omitting to mention any context or reason for the Israeli operation, it was quick to cite “credible reports”. In determining that its employe had been shot “…on his way to work. Wasn’t involved in any violent activity.”. Quite aside from the fact that UNRWA didn’t even bother to approach any official Israeli sources for comment, its statement was rushed to the press while the violent riots were still raging on in Qalandiya. Hence, it begs the question of how it was possible for the Agency to collect forensic evidence, cross reference personal eye-witness reports and reach peremptory conclusions – all of that in the space of just a few hours.

It’s regrettable that UNRWA has consistently failed to display similar zeal and enthusiasm when asked to investigate its own cases of alleged wrongdoing. Earlier this month. Example, the Agency was forced to admit that it’d negligently allowed a thirdparty to use some of its installations in order to organize ‘summer camps’. Where anti-Semitism and incitement to violence were preached to Palestinian youth. Needless to say, UNRWA’s halfhearted admission was released only after “a lengthy and detailed investigation”, as opposed to the rushed superficial procedure it adopted yesterday.

We therefore call upon UNRWA to return to its original humanitarian agenda of assisting Palestinian refugees, while refraining from any one-sided political advocacy activities. Only thus can it hope to be taken seriously – both by Israel and the international donor community.