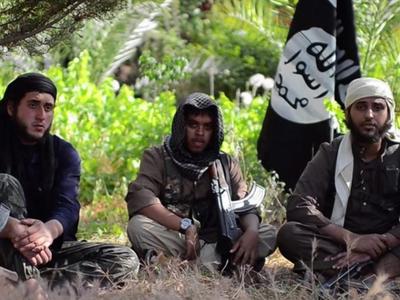 A greater effort must be made to control the threat of Islamic terrorism. Indifference to the threat, let alone acquiescence, is not an option for Western survival. An official British report published in mid-June 2014 illustrates the need for action.

With the military advances of the army of ISIS, now more than just a band of terrorists, and the capture of the towns of Mosul, Falluja, and Tikrit, the Western world is aware that an Islamic state, a modern-day caliphate, is rapidly being created in parts of Iraq and Syria.

The brutal nature of that caliphate has been immediately evident with its murder of large numbers of Iraqi soldiers and its callous treatment of women. While the impetus for the war is against the feckless Iraqi regime of President Nouri al-Maliki, more important is its potential strategic use of the captured territory as a base for Islamic jihad against the West.

What is especially troubling is not simply the well-planned and organized nature of ISIS’ successful offensive, but that this organization, even more extreme than al-Qaeda, has attracted Islamic extremists from the United States and Western Europe. Its victory will doubtless attract even more individuals committed to Islamist values.

The dilemma for the U.S. and the Western world is how to prevent or control that expansion of terrorist activity, and the growth of commitment to those extreme values.

President Obama has made clear there will be no deployment of ground troops (boots on the ground) to aid the Iraqi regime, or to salvage Iraq, in fact an artificial state created by Britain after World War I, though Marines will protect the American embassy, and some intelligence may be transmitted.

Though no military action is now likely, the very success of ISIS may steer Westerners to appreciate the danger. It may help Europeans and Americans to come out from under the Stockholm Syndrome, bringing to a halt any empathy with the aggressors and their reluctance to admit the threat of Islamist terrorism.

That reluctance has led the West to an unwillingness to ensure complete protection against the danger posed to Western survival. Admitting that the majority, perhaps even 95 per cent of Muslims, do not want to engage in any holy war against infidels, that still leaves five per cent, or 75 million, of the total 1.5 billion population, who may be considered a threat.

The need to control the menace of Islamic infiltration has been made relevant by the report in June 2014 of the British body Ofsted (Office for Studies in Education, Children’s Services and Skills), founded in 1984 as an official organization that inspects and regulates services for children and young people. A body independent of political parties, it reports directly to Parliament.

This new British study by Ofsted resulted from a letter, quickly dubbed “The Trojan horse.” The letter affirmed that Islamist plotters were planning to take over control of inner city schools in Birmingham — Britain’s second biggest city — through the boards of governors of the state schools in areas dominated by Muslims.

This letter led to four separate inquiries, including the Ofsted inspection of 21 schools.

The controversy between the different British political parties on the growing Islamification process, whether it was allegations of segregated classes, or prayers, or invited speakers, centered on the definition of “extremism,” or a lesser concept “awareness of the risks associated with extremism.”

The rapid transformation, since the last Ofsted Report, in the Islamization of the schools is illustrative of the rapid changes in British society. The overall report is devastating. Its main conclusion on the schools in which the majority of pupils are Muslims is that “The academy is not doing enough to keep students safe, including students’ awareness of the risks of extremism.”

External speakers, particularly those invited to participate in programs focused on Islamic themes, are not vetted. Students are not prepared properly for living in a wider, diverse and multicultural British society. Sex education is ineffective. Many members of the staff are afraid to speak out against the changes rapidly taking place.

Sir Michael Wilshaw, the head of Ofsted and Chief Inspector of Schools, spoke of a culture of fear and intimidation that had developed in some of the Birmingham schools since their last inspection. His view was that the active promotion of a narrow set of (Islamic) values and beliefs in those schools had made children “vulnerable to segregation and emotional dislocation from wider society.”

Some governors of the schools, highly influential and part of a network, were trying to impose and promote a narrow faith-based ideology in what are non-faith schools. They had narrowed the curriculum, manipulated staff, and used school funds inappropriately. The curriculum does not promote tolerance and harmony between different cultural traditions.

A number of schools were rated “inadequate.” Five were ordered into “receivership.” Among the problem schools were Park View School and Oldknow Primary Academy.

Park View was criticized for the fact that pupils have limited knowledge of religion other than Islam, or of the different customs, traditions, or religions that exist in Britain. They were not taught citizenship well enough. Boys and girls were taught separately in religious education and personal development classes. The school has not made pupils aware of the risks of extremism or radicalization.

Similarly, Oldknow was criticized for this last omission, for promoting a narrow faith-based ideology, and for not promoting learning about tolerance and harmony. The school has not taken sufficient action to prevent discriminatory language.

During a recent academy fete, raffles and tombolas were banned because they are considered un-Islamic. On the other hand, a subsidized trip to Saudi Arabia was provided for only Muslim pupils and staff. In addition, a madrasa had been established in the Academy.

The response of the British Government, by Michael Gove, the Minister of Education, and by Prime Minister David Cameron, has been an urgent call for restoration of British values in the school system as elsewhere. Those values, though not formal or legal should be inculcated into the school curriculum.

They include concepts of freedom, tolerance, respect for the rule of law, belief in personal and social responsibility, and respect for institutions. They may not be the ingredients of a magic elixir, but their inculcation might stem the flow of British as well as other Muslims living in European and American from entering the ranks of the terrorists and joining in their jihad against Western civilization.

Michael Curtis, author of “Jews, Antisemitism, and the Middle East”, is Distinguished Professor Emeritus in political science at Rutgers University. Curtis is the author of 30 books. This article has also been submitted to The American Thinker, an American outlet we highly recommend