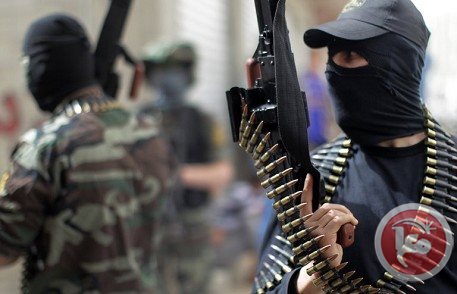 [Dr. Aaron Lerner – IMRA: The PLO, in behalf of the Palestinians, signed agreement with Israel that provides for the demilitarization of the Gaza Strip and West Bank. These signed commitments trump anything else.] GAZA CITY (Ma’an) — The Hamas movement said Saturday that any attempts to disarm Palestinian resistance groups in Gaza are “worthless.”

Hamas spokesman Sami Abu Zuhri said in a statement that the demilitarization of Palestinian militant factions was “inconsistent with international law and our people will not allow it.”

“It is not required to disarm the Palestinian people, but rather to disarm the (Israeli) occupation and to ban the American administration from providing it with the weapons that are used to kill children and women,” Abu Zuhri said.

Israel and Palestinian militant groups in the Gaza Strip ended over seven weeks of fighting on Tuesday with a long-term ceasefire agreement in which Israel agreed to ease its siege on the coastal enclave. Further negotiations regarding unresolved issues such as an airport and seaport in Gaza and the demilitarization of factions in the Strip were to take place in Egypt a
month later.

Israel’s main demand towards the end of its offensive was that Palestinian militant groups disarm, a demand many Palestinians have scoffed at.

The Israeli assault left over 2,100 Palestinians dead, most of them civilians, in addition to some 70 Israelis, most of them soldiers.