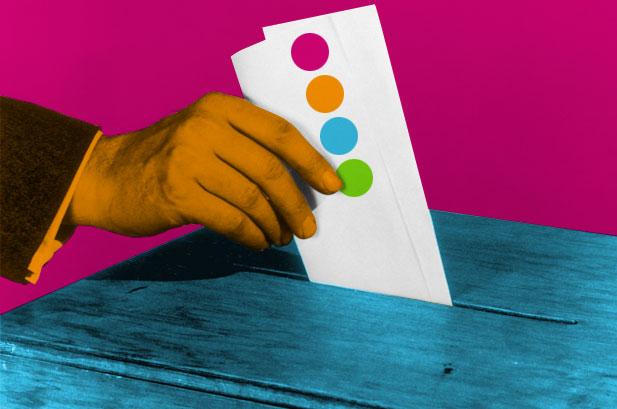 [Dr. Aaron Lerner – IMRA: Wow! Israelis think that it would be really nice
if we could have peace.

And I think it would be fantastic if pigs could fly and if the Tooth Fairy
would leave a million dollars under my pillow.

Regional cooperation possible? Already have it. Just not the photo ops.

But while peace would be nice and it would be so cool to see Livni on the
White House Lawn signing some document and Isaac Herzog still probably has
dreams of the day he will share a plate of humus in [what is left of]
Damascus with Assad, none of this is particularly relevant to the here and
now – and probably the next decades for that matter.

So why commission a poll that is so profoundly irrelevant?

For an indication of the orientation of this “independent” group, consider
who is financing it:
The Rockefeller Brothers Fund
The New Israel Fund
The Friedrich-Ebert Foundation, Israel Office
http://www.mitvim.org.il/about/partners ]

Only 13% of the Israeli public think that Israel’s global standing is good.
61% think that improving Israel’s foreign relations depends on progress in
the peace process
Mitvim – The Israeli Institute for Regional Foreign Policies
http://www.mitvim.org.il/images/2014_Mitvim_Foreign_Policy_Index_-_Key_Findings.pdf

Other findings show that the Israeli public thinks that regional cooperation
is possible (69%), and wants a foreign policy that prioritizes relations
with the US (mentioned by 36%), the peace process (34%), Israel’s public
diplomacy (32%), and relations with moderate countries in the Middle East
(22%)

The 2014 Index is based on a poll conducted by the Rafi Smith Institute
between September 9 and 11, 2014, among 500 men and women, as a
representative sample of the Israeli adult population (Jewish and Arab
sectors, aged 18 and older), with a 4.5% margin of error. The poll was
initiated by Mitvim – The Israeli Institute for Regional Foreign Policies,
and was carried out in cooperation with the Friedrich-Ebert-Stiftung.

The main findings are:

? The Israeli public is not satisfied with Israel’s global standing, and
thinks that Operation Protective Edge caused damage to it

Israelis rank their country’s global standing at an average of 5.1 out of
10. Only 13% think that Israel’s global standing is good, while 35% think
that it is not. A plurality (45% vs. 24%) believes Operation Protective Edge
caused damage to Israel’s foreign relations.

? The Israeli public thinks that Israel has no foreign policy, is not
satisfied with the government’s handling of foreign policy, and contends
that the Foreign Ministry is not fulfilling its mission well enough

67% agree with Henry Kissinger’s famous quote that “Israel has no foreign
policy, only domestic policy”. Only 20% (vs. 34%) are satisfied with their
government’s handling of foreign policy, and the government’s approval
rating on this issue is 5.3 out of 10. Only 12% are satisfied with the
manner in which the Foreign Ministry is fulfilling its mission, and the
Ministry’s approval rating in this regard is 4.8 out of 10. 48% of Israelis
think that MFA personnel should lead negotiation efforts with neighboring
countries, while 26% think that security personnel should be doing so.

? Tzipi Livni, followed by Isaac Herzog, is perceived to be best suited for
the position of Foreign Minister. Livni enjoys a majority also among the
voters of Yesh Atid and Labor

Only 16% of Israelis think that Israel’s Foreign Minister Avigdor Lieberman
is the most suitable candidate for the job. Israelis tend to prefer Tzipi
Livni (27%) as Foreign Minister, followed by Isaac Herzog (19%), Avigdor
Lieberman (16%), Yair Lapid (13%), and Naftali Bennett (12%). Among the
voters of Likud-Beiteinu, 29% prefer Lieberman, while 26% prefer Livni.
Voters of all centrist and center-left parties, as well as Israel’s Arab
population, prefer Livni. Ultra-Orthodox voters prefer Herzog (29%).

? The Israeli public thinks that improving Israel’s foreign relations is
dependent upon progress in the peace process, and that regional cooperation
with Middle Eastern countries is indeed possible

61% think that improving Israel’s foreign relations requires progress in the
Israeli-Palestinian peace process. 69% think that regional cooperation with
Middle Eastern countries is possible. 67% of Likud-Beiteinu voters think so,
as well as a small majority among ultra-Orthodox voters (48% vs. 44%). Only
Habayit HaYehudi voters do not think that regional cooperation is possible
(52% vs. 45%). A small majority (50% vs. 45%) think that Israel should not
negotiate with the new Palestinian government, backed by both Fatah and
Hamas.

? The Israeli public wants a foreign policy that prioritizes relations with
the US, the peace process, Israel’s public diplomacy, and relations with
moderate Middle Eastern countries; the Iranian nuclear threat and relations
with East Asia are left behind

Respondents ranked the most important countries for Israel as follows: the
US (mentioned by 95%), Russia (33%), Germany (32%), Egypt and the UK (27%
each). Israelis rank the current level of Israel-US relations at 6.1 out of
10. Only 2-4% of Israelis ranked the Palestinian Authority, Jordan or Turkey
among the three most important countries for Israel in the world.

According to Dr. Nimrod Goren, Chair of Mitvim – The Israeli Institute for
Regional Foreign Policies, “The poll shows that the peace process is a
central issue for the Israeli public – a condition for improving Israel’s
foreign relations and a key foreign policy priority. These findings,
together with the fact that most Israelis think that regional cooperation is
possible and see Egypt as a very important country for Israel, create
fertile ground for the advancement of a regional peace initiative. However,
the public’s lack of satisfaction with the different levels of Israel’s
foreign policy – Israel’s global standing, the government’s handling of
foreign policy, the ability of the MFA to fulfill its mission, and the
suitability of the Foreign Minister for his position – is concerning. A
fundamental change is required in Israel’s foreign policy and in the manner
through which it is conducted. Mitvim – The Israeli Institute for Regional
Foreign Policies is working to develop and advance a new, multi-regional and
pro-peace, Israeli foreign policy paradigm, which will enable Israel a fresh
start among the nations.”