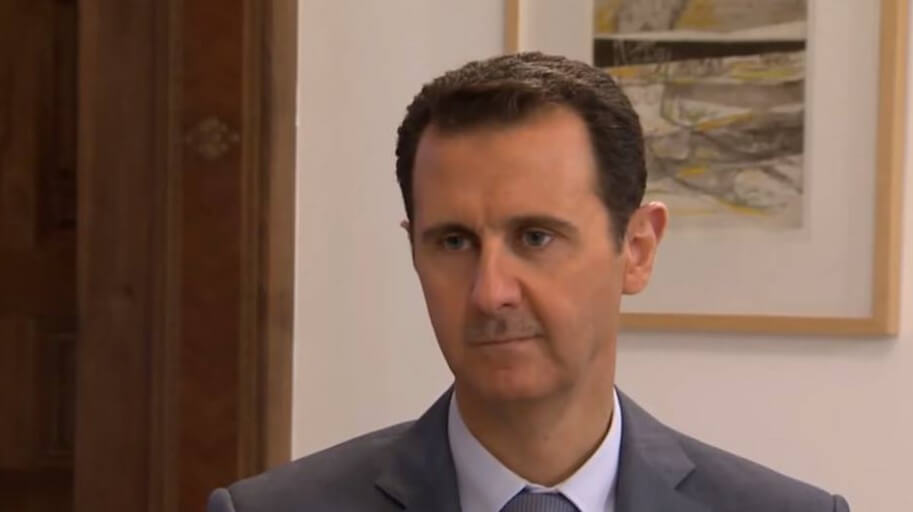 Tehran may step out from behind its Hezbollah curtain and openly place its own troops, the Al Quds Brigade, throughout southern Syria.

The attacks on Assad’s Scud missiles could be a signal to Hezbollah and Iran that the rules of the game have changed –  and that Israel will do everything it can to stop an Iranian takeover of Syria.

Just like Saudi Arabia and Egypt decided to interfere in the civil war in Yemen in order to stop Iran’s rush for regional hegemony, Israel appears to be doing the same in Syria now–albeit on a smaller scale.

Israel is no longer trying to stop the shipment of missiles for the sake of prevention, but to deter the enemy from using Syria as a beachhead for an assault on the Jewish state. Some Israeli commentators said that the attack on the Syrian divisions was the result of intelligence that indicated that a new Hezbollah missile strike at the Golan Heights was imminent.

Two days after this article was published, Amir Mousavi, the director of the Center for Strategic and International Relations in Tehran and a former adviser to the Iranian Ministry of Defense, reported that “Syrian, Iranian and Hezbollah officials will meet shortly to discuss their combined response to the Israeli attacks.” Mousavi said that Iran’s leadership will not remain silent.

Mousavi also said that Iranian troops would deter the “Zionist enemy” from further depot destruction and do so with major surprises that this “criminal entity” cannot anticipate.

Mousavi suggested that Tehran may step out from behind its Hezbollah curtain and openly place its own troops, the Al Quds Brigade, throughout southern Syria.

Some commentators think the Iranian move could be meant to free up Hezbollah so that it can prepare for a new war with Israel that may come sooner rather than later. Hezbollah has an estimated 130,000 missiles that threaten Israel. Israeli military experts think that when the next conflict starts, Hezbollah will launch as many as 1,500 missiles into Israel every day, making interception of the rockets much more difficult than during the war with Hamas last year. The same experts warn that Hezbollah will be able to reach targets everywhere in Israel.

There is, however, a more urgent reason for Iran to interfere more openly in the Syrian war. Last week, several media reports suggested that the tide of the war in Syria was turning against the Assad regime. The reports mentioned a series of setbacks that will be difficult to reverse for the regime in Damascus. As Western Journalism reported last week, a rebel coalition called Jaish al-Fatah conquered Idlib city and the army bases Qarmeed and Mastoumeh in the same area.

The coalition that consists of Jabhat al-Nusra, Ahral al-Sham, and some smaller Jihadist groups scored additional victories when it took over the town of Jisral Shughour, close to the Turkish border, and continued with an attack on the Latakia province and Hama. Reuters reported over the weekend that the Islamist coalition is now battling Assad’s army close to Latakia, which is the heartland of the Allawite minority and Assad’s ancestral home. Latakia is the main port in Syria and, along with the capital Damascus, is one of the most important government-held areas in the country.

In the Damascus area, Islamic State took over the Yarmouk Palestinian refugee camp last month and set up camp in the town of Qahtaniya, two miles from the Israeli border on the Golan Heights.

The successes of the Sunni Islamist rebel groups in the north are contributed to by a greater cohesion and more coherent organization caused by more involvement by Turkey and Saudi Arabia. In the south, the same thing happened to the Southern Front that is backed by the West and moderate Sunni states.

Assad’s main problem is the lack of manpower. He depends on the support of the Alawite minority, which is only 12 % of the Syrian population. In recent months, there have been reports that support for Assad among Alawites is in decline. In order to offset his shortage of manpower, Assad relied on his allies Hezbollah, Iran, and Shi’ite volunteers from Iraq and other Muslim countries.

To offset the lack of manpower, Assad also reduced the territory he wanted to hold. This was the reason he abandoned much of northern Syria in 2012.

It would be a mistake to think that the recent setbacks will spell the demise of the regime of the Syrian dictator anytime soon. Iran will not allow that to happen. Iran needs a contiguous area of land linking pro-Iranian Iraq to Hezbollah in Lebanon, but Tehran does not require the totality of Syria to preserve its vital interest in the country.

What we could expect now is that, as Mousavi said, “Iran will step in (again) and that Assad’s forces will be transferred to the north of Syria in order to defend the Latakia area and the vital Homs and Hama provinces.” In this scenario, Hezbollah and the Iranian Islamic Resistance Brigades would be deployed throughout southern Syria.

Such a move, however, will be a recipe for war.

As became clear last week, Israel is closely monitoring the developments in Syria and will not continue to sit on its hands while Iran and Hezbollah set up camp in the vicinity of the Israeli border. The days of the “let them bleed” strategy in Syria of Israel’s Defense Minister Moshe Ya’alon seem to be over, and a first direct confrontation between Iranian forces and the IDF is becoming more likely every day