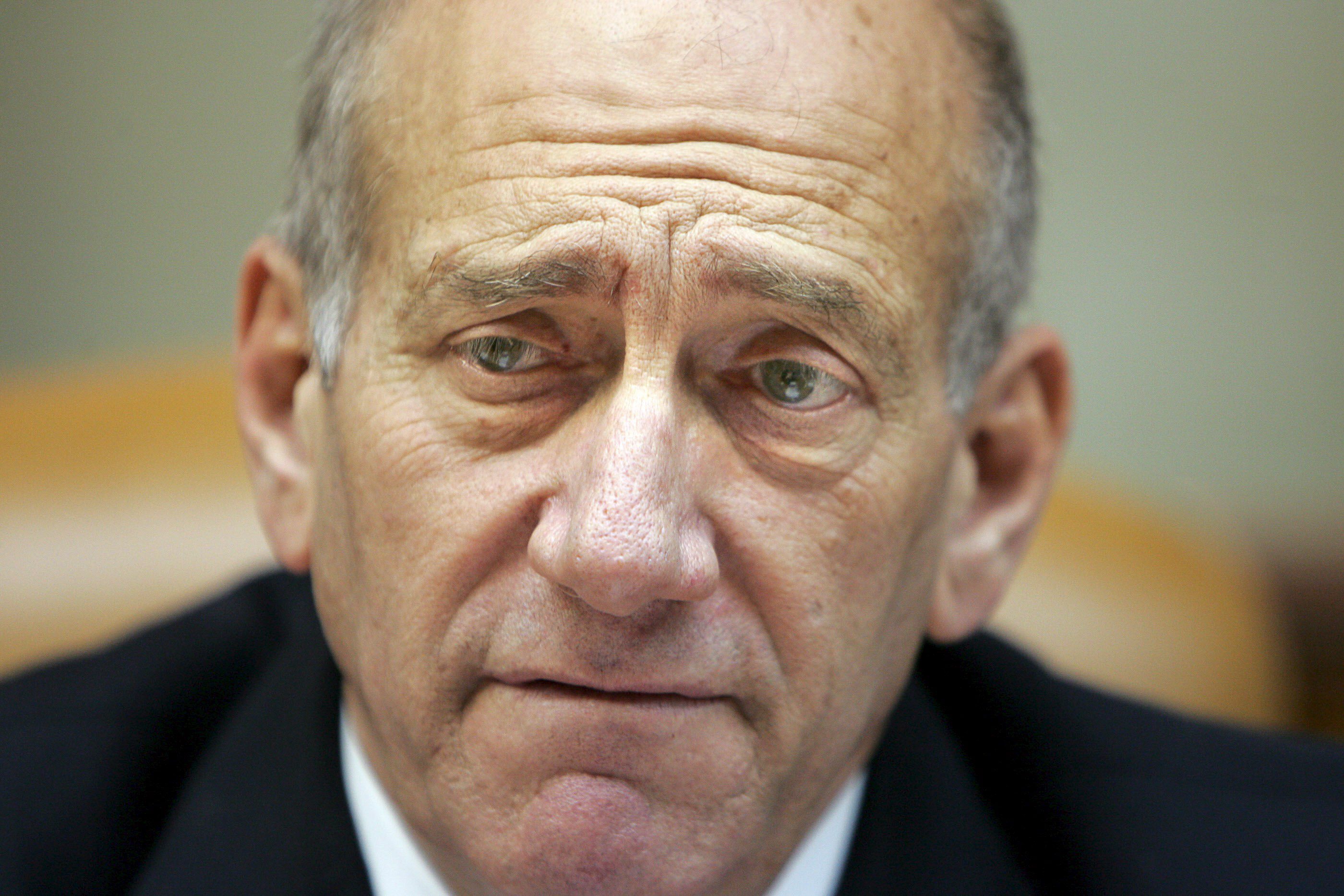 On May  25, 20015, Former prime minister Olmert was sentenced to prison for receiving bribes.

It would be incorrect to identify the man who gave  $600,000 in cash envelopes to Olmert as  “​Morris Talansky, ​ an American  supporter”

​​Talansky  is ​only  a courier

Amazingly, court records in the case against the convicted prime minister do not mention the source of the

Not one reporter covering the case even asked about the source of the cash.

Does the public not have the right to know where the prime minister of Israel was getting these gratuities?

Where did Talansky bring the cash from? From businesses abroad? From political groups? Or from questionable organizations?

The time has come to discuss what many reporters in the mainstream media know about but have been hesitant to write about: the involvement of American Jewish underworld operatives with the transfer of cash to the office of the Prime Minister of Israel.

In June 2006, soon after Ehud Olmert’s March election on the Kadima party ticket, I was invited to a public debate with Olmert’s US-based Kadima Party USA.

That debate was set for Ohev Tzedk Synagogue in New York.

Marc Mishan, the No. 2 representative in America for Israeli Prime Minister Ehud Olmert’s short-lived Kadima USA organization was the person who debated me.

The subject of the debate: Olmert’s “convergence plan” to remove another 80 Jewish communities from Judea and Samaria.

While waiting for the debate to begin, the Rabbi of the synagogue walked out of his study, ashen-faced, after learning that that this Kadima USA representative was a convicted felon, after pleading guilty to felony and grand larceny and was convicted of forgery.

According to criminal conviction documents, the Kadima USA representative had a long history of fraud, forgery and financial improprieties.

Aaron Sichel, of blessed memory,  ​who worked for me at the time, ​examined documents from one ​of his convictions.

The Kadima USA rep was accused of taking $100,000 from a New York City woman by allegedly enticing her into a “mortgage loan-underwriting” arrangement – an arrangement the investigating detective wrote “never took place and did not exist.”

As described in the indictment, when the victim asked the for paperwork relating to the mortgage deal – after having already delivered the money to him – the Kadima USA rep allegedly presented her with fabricated papers including a “mortgage agreement” and “letter of intent” purportedly from an area dentist who wanted to borrow $200,000 from the Kadima USA rep at a high rate of interest for the purchase of a building.

Numerous judgments against the Kadima USA rep showed that he was ordered to repay several New York residents tens of thousands of dollars each. Some of the complaints accused the Kadima USA rep of trying to fulfill promissory notes by using forged checks and checks drawn on defunct accounts.

The Kadima USA rep began a pattern of moving from neighborhood to neighborhood in the New York City area, befriending residents, allegedly extracting money from them, and eventually leaving town.

​​Marc Mishan was the Kadima USA representative who fundraised for Olmert in the US.

​The time has come to ascertain whether Kadima USA provided the cash envelopes that Morris Talansky handed over to the Prime Minister of Israel.