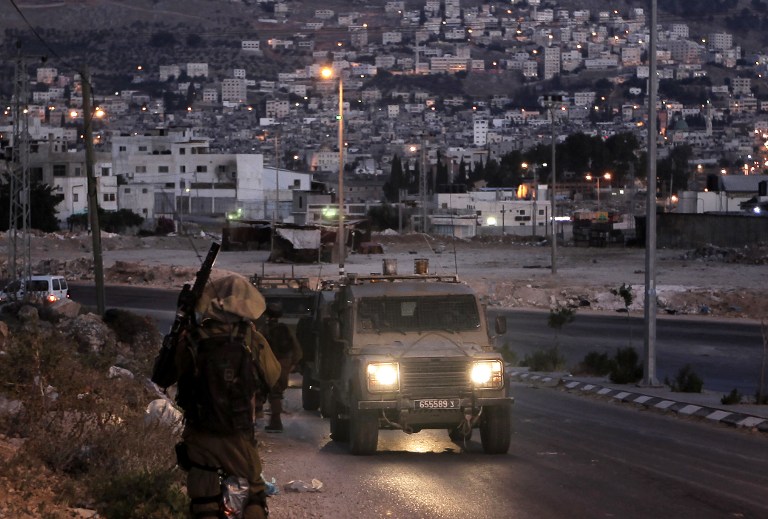 “This has been a key demand by the United States in 2016,” an official said.

[On April 21, Israel acknowledged that a Hamas cell from the West Bank blew up an Israeli bus in Jerusalem three days earlier. Earlier, Hamas claimed responsibility for the bombing, in which 20 passengers were injured.]

The government has been under pressure to end military operations in Area A. Under the plan drafted by the military, Israeli forces would first restrict operations in the West Bank cities of Ramallah and Jericho.

On April 20, the Cabinet of Prime Minister Binyamin Netanyahu was briefed by the military on PA counter-insurgency operations. Chief of Staff Lt. Gadi Eisenkot asserted that the PA improved efforts to stop attacks on Israeli soldiers and civilians.

During the briefing, Eisenkot said the PA effort was directed by chairman Mahmoud Abbas, under Palestinian pressure to halt security cooperation with Israel. The chief of staff said Abbas ordered U.S.-trained security forces to also crack down on anti-Israeli incitement in the social media, blamed for fueling the attack campaign over the last six months.

“Prime Minister Netanyahu, Defense Minister [Moshe] Yaalon and IDF Chief of Staff Eisenkot made it clear that the IDF maintains — and will maintain — the possibility of entering Area A, and anywhere necessary, according to operational needs, and that there is no other agreement with the Palestinians,” Netanyahu’s office said.

This marked the second military briefing to the Cabinet in April. On April 6, the military’s Central Command head Maj. Gen. Roni Numa also touted PA operations in the West Bank.