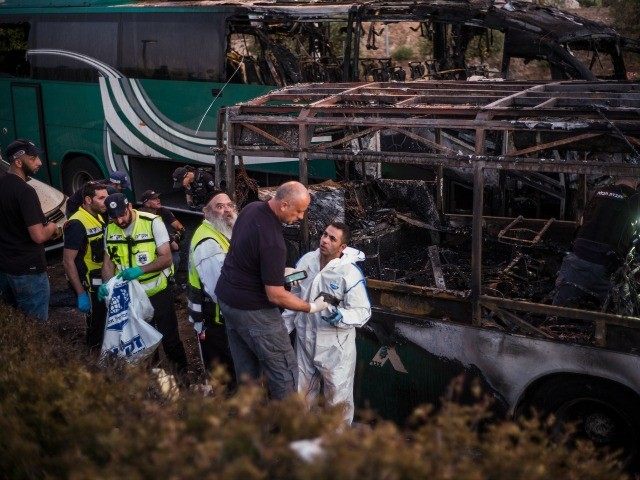 Ever since the attack, Dadon had been on artificial respiration and put to sleep by anesthetics at the emergency treatment unit of Hadassah Ein Kerem Hospital in the capital, after having suffered serious damage to her breathing passages.

“Eden is fully conscious,” said the head of the emergency treatment unit, Prof. Vernon Van-Heerden. “She identifies her family members, communicates with them and her condition is definitely stable.”

Dadon’s mother Rachel was also on the bus during the attack, and she suffered light wounds from the horrific blast.

Now that Eden has woken up, she can view the personal video message sent to her by Lali Esposito, an Argentine pop star whose performance in Israel last week Eden was planning to see before the attack happened.

In a moving gesture, the famous singer and actress sent a message of encouragement to her young fan, who has avidly followed her for years and dreamed of attending the concert.

The bombing, the first in the current wave of Arab terror, was committed by Abd al-Hamid Abu Srour, a 19-year-old from Al-Aida adjacent to Bethlehem in Judea.

Abu Srour’s family revealed to Israeli media that they are wealthy and their 19-year-old Hamas terrorist son even had his own car; nevertheless his father said “only you Israelis” are guilty for the attack perpetrated by his son.

The terrorist was celebrated as a hero at an UNRWA facility housing the school he attended, but investigative journalist David Bedein revealed to Arutz Sheva last week that the Israeli press ignored the event, even as the Israeli government refuses to crack down on UNRWA’s blatant terror incitement.