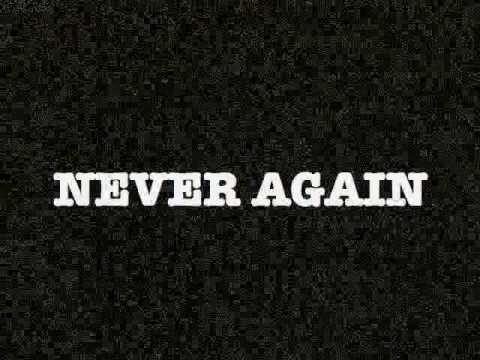 Who in their wildest dreams could have imagined as the horrors of the Shoah were exposed in 1945 that a mere seventy-one years later we would be faced once again with a global outbreak of the same hatred which resulted in the murder of six million Jews and countless others?

Amazing as it may seem to many but unsurprising as it is to those whose grasp of Jewish history is strong, the virulent virus of Jew hatred has made a resurgent return. This time it has crossed national boundaries to infect huge swathes of the globe. Without a doubt modern means of communication have facilitated its rapid spread.

The poisonous seeds of Judeophobia which were laying more or less dormant have now sprouted their venomous vines into almost every corner. Once upon a time this infectious plague was confined to certain groups such as ultra nationalist right-wing sectors, Church theologians and uneducated peasant societies. Today it seems that this poison has penetrated even areas which once seemed immune. One of the attributes of this virus is its uncanny ability to mutate into different forms and this is precisely the situation we now face.

This week’s annual commemoration of the Shoah is a stark reminder especially for those who have been lulled into a sense of complacency that if anything the dangers are growing and real. When an Israeli mother who lives in Berlin confesses to a newspaper that she has instructed her children not to speak Hebrew on the street and that she and her family keep their Jewish origins under tight wraps, one has to wonder whether we are living in the 1930’s or today’s reality. Why there should be any Jews still living permanently in Europe is another matter altogether but the spectacle of Israeli Jews in particular cowering in the shadows lest they be targeted is a potent symptom of the sickness now sweeping the globe.

Some people wonder why universities and academia have become the latest hotbed of Jew and Israel hatred. In 1933 one of the first acts of the democratically elected Nazi Government in Germany was to expel all Jewish students (my late father included) and faculty from universities and schools. In the years prior to this event, the groundwork had already been laid by constant campaigns of incitement, exclusion, demonisation and physical violence. By the time expulsions took effect the torrent of hatred had already infected large swathes of the faculty and student body. Universities were not the only places where this virus incubated. The professions, amongst them medicine and law, witnessed highly educated practitioners turn on their Jewish colleagues and enthusiastically embrace the agenda of boycotts, divestment and sanctions, the forerunners of today’s BDS supporters. This was swiftly followed by burning books which in turn led to burning human beings. Thus we see that just as in the recent past, places of academic elitism were not immune to the virus of Jew hatred, so today these same institutions are seething with the same poisonous pus. Prior to the Shoah, many educated Jews thought that if they assimilated and converted they would escape targeting. Today, self loathing individuals think that by demonising the Jewish State they can escape the loathing of their peers. What these academics and students alike fail to realise is that no matter how hard they try to become part of the depraved Jew-hating gangs, they will in the end not escape being targeted themselves.

The best example of how this virus has mutated is seen in its current manifestation of hatred for the Jewish State. Scratch the surface of all those groups and their supporters who campaign against Israel and you will find a common aim. This is the thesis that Israel was born in original sin and that its illegitimacy means that it has no right to exist as the nation State of the Jewish People. Its proponents whether self loathers or others, are united via slanderous words and deeds in advocating the demise of Israel and the murder of its citizens. Not so long ago hating Jews was still borderline and frowned upon and therefore transferring one’s prejudices onto the State of the Jews was a far safer bet. Given the present climate of minimizing the Shoah and adhering to politically correct language it is far more acceptable to accuse Israel of the same sort of crimes which Jews as individuals and communities were once tarred with. Therefore, accusing Israelis and Jews of behaving like Nazis and being guilty of Holocaust type behaviour has become acceptable in self-proclaimed liberal, socialist and progressive circles. In fact one is not a bona fide paid up member of the Israel bashing brigade unless one subscribes to these lies.

The media is without doubt a potent vehicle for the dissemination of conspiracy theories and baseless slanders. On the other hand it can at times be an excellent means for exposing what lurks beneath the surface. This is exemplified by the latest revelations linking the British Labour Party and many of its members with classic Judeophobia and Israel bashing of the highest order. It is often forgotten that the post war British Labour Government had as one of its senior ministers, Ernest Bevin, the Foreign Secretary. He was a classic Jew hater and a prime advocate of shutting the doors of Palestine to Jewish survivors of the Shoah. The current crop of UK Labour haters of Israel and purveyors of Jewish conspiracy theories originate from left wing and erroneously self-described “progressives.” An added component which has also come to the fore are those tainted, seduced or brainwashed by jihadist ideologies. This strain of Judeophobia is descended in a straight line from the teachings of the Mufti of Jerusalem who supported and collaborated with Nazi Germany in plotting the final solution for Palestinian Jewry.

All these “progressives” who parrot the age-old slanders against Jews and the Jewish State have a common blind spot. They ignore every despotic and genocidal regime and concentrate all their venom against only one country. That is why a recent columnist writing in the UK Guardian stated that the can of worms uncovered in the UK Labour Party is not confined to them alone but is an endemic disease amongst most left wing circles in Europe and elsewhere.

When the sirens sound all around Israel this week and we stand in silent tribute to all those innocent souls murdered on the soil of Europe many thoughts go through my mind. How many could have been saved if only there had been Israel back then. How many countries barred their doors and refused sanctuary, even if only temporarily. Remember, those fleeing were not potential terror threats but Jews targeted for murder. My grandparents, uncles, aunts and other extended family were all gassed in Auschwitz-Birkenau. I never knew them but they are an integral part of my memory especially at this time.

How do we ensure that the current generation and those to come will still relate to the greatest tragedy in recent Jewish history? Just as we tailor our annual Passover commemorations to teaching our children what it all means and making it relevant to them so I believe we need to do the same with the Shoah. Every Jewish child no matter where in the world they live must have the opportunity to participate in the March of the Living which after visits to Poland, end up in Israel. Costs must not prevent any youth from taking part. Instead of spending millions on building ever more grandiose mega museums and monuments and trying to resurrect Jewish life in Europe which is soaked with Jewish blood and where hatred again flourishes, funding should instead be spent on enabling each and every teenager to experience the reality of Europe and then the contrast in Israel. “Progressive” critics claim that teens become influenced by nationalistic fervour. I maintain that if hitherto these youngsters did not understand exactly what happened and if they see at first hand the places where so-called civilized and educated Europeans murdered Jews (and others) then this is the best way to bring home the horrors which occurred and instill a determination that this must never ever be allowed to happen again.

Culminating this experience in Israel, participating in dramatic ceremonies here to honour those murdered and above all witnessing the vitality of Jewish life in Israel created by survivors and their families is the best and most potent method of ensuring that “never again” does not remain an empty slogan. Just as “next year in Jerusalem” is a meaningless slogan unless acted upon so “never again” can become an annual ritual devoid of any practical sense. In order to defeat the rising tide of delegitimisation we now face we must be armed with the tools to combat it.

The siren which summons us to remember must also act as a clarion call to transmit the messages of the Shoah to succeeding generations.