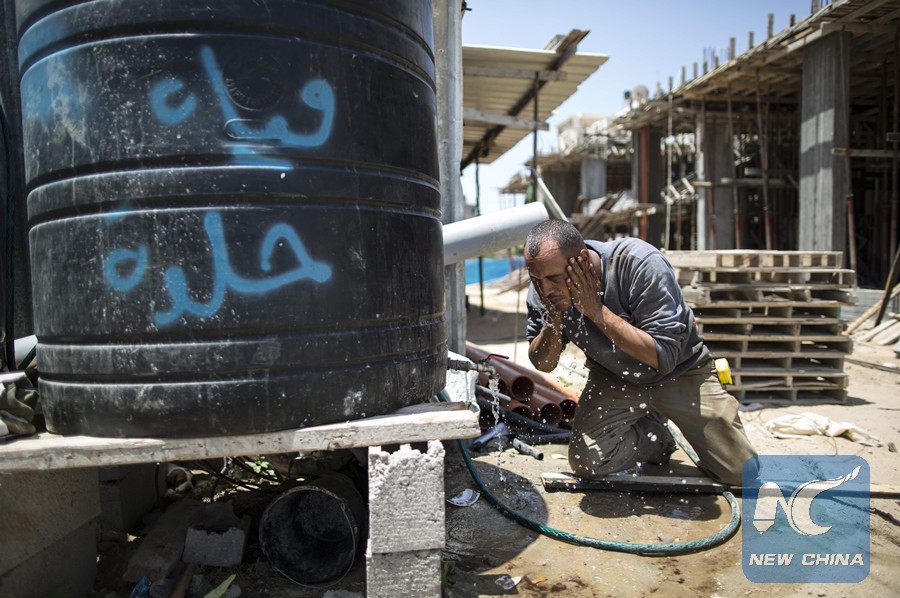 A senior United Nations (UN) official has said that the Palestinian population in Gaza in general, and refugees in particular, have suffered enough, urging joint work to avoid potential conflict between Israelis and Palestinians.

“I think it is very important that everybody joins forces in making sure we are not seeing another conflict,” Bo Schack, director of Gaza operations in the United Nations Relief and Works Agency for Palestine Refugees in the Near East (UNRWA), told Xinhua in an exclusive interview on Tuesday.

Schack urged humanitarian organizations to prepare for the worst yet explained that “it does not mean that we believe it will happen.”

“We are learning from the experience, improving the situation in schools so that if there is a need, then these kinds of facilities can not only support the students and teachers today, but can also be used in the context of a conflict,” he added.

The UN official said several entities have cooperated in an attempt to end the Israeli blockade imposed on Gaza since 2007.

Schack said refugees need opportunities, a future, peace, and stability in order to care for their families and live a normal life.

For the past six years, Israel and the Hamas movement have engaged in three major wars which claimed the lives of thousands of Palestinians and Israelis.

Hundreds of Palestinian homes were destroyed and damaged, and thousands of people are currently homeless due to the wars.

“There are very serious problems for everybody living in Gaza and these concerns have been outlined in reports: the quality of water, the availability of electricity on average being four to six hours a day for most families, the unemployment situation and obviously the whole issue of moving people or goods,” he said.

According to the Palestinian Central Bureau of Statistics, 957,000 Palestinians, or 66 percent of the population, were forced to leave their homes in 1948, before Israel was established.

The refugees’ struggle to return has been a key and thorny issue in the final status negotiations between the Palestinians and Israelis.

Palestinians base their assertion of the right of return on the 1948 United Nations General Assembly resolution number 194 which calls for permitting Palestinian refugees to return to their homeland and financial compensation for those not wishing to return, a resolution still unacknowledged by Israel.

Schack complained of a gap in the financial support to the organization, saying the organization is “in close contact with all our donors, including new ones, to try and make sure that this gap does not affect key activities for Palestinian refugees.”

“We want to ensure that we also have enough funds to pay for temporary assistance for housing which we are providing to families whose houses are still under construction,” he said. “This is a major issue and let us hope it can also be solved.”

The UNRWA Gaza director said the top priority is the reconstruction of the demolished houses following the summer war of 2014, which lasted 50 days and killed over 2,200 Palestinians and 70 Israelis.

“When it comes to donor support, we have enough for about 25 percent of the number of houses needing reconstruction,” he said.