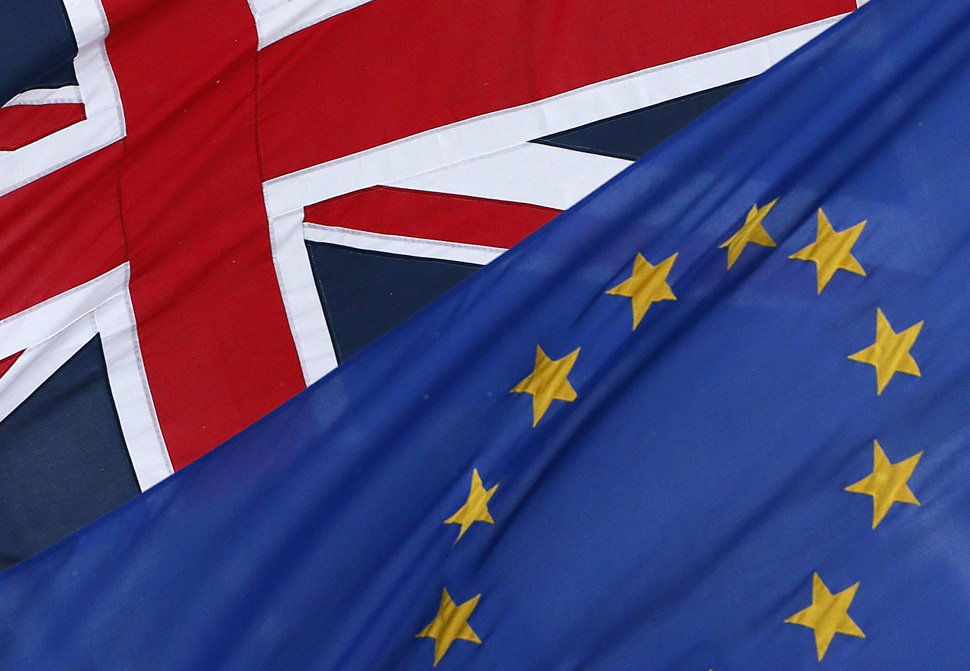 By the time you read this, the results of the British referendum will be known…writes Michael Kuttner. Whether the UK remains or exits the European Union the repercussions of its decision will be felt by Israel and Jews in Europe alike. My observations are based on many discussions held with British Jews and observing past, current and potential actions emanating from the continent of Europe.

The EU was originally conceived as a free trade union known as the Common Market. Its original intentions were laudable and designed to benefit all members and create a strong and peaceful cohesive trading bloc on a continent which in past generations had been torn apart by nationalistic tendencies. The United Kingdom did not join at first because the British were suspicious of getting too tangled up with European problems. However it soon became apparent that in order to safeguard the UK’s trade relationships and guarantee future beneficial trading deals joining this venture would be advisable. Thus in 1973 it joined and this action was confirmed in 1975 by a referendum. I still remember the chaos this caused in New Zealand because at one stroke the country’s preferential trade agreements with the UK were ditched and instead of Commonwealth solidarity the long and slippery slope towards a continent dominated by Germany commenced.

It is safe to say that the British public at that time generally were not overly enthusiastic about abandoning a traditional wariness of Europe and embracing a love affair with a continent which had in the past caused so much death and misery. However the prospect of enhanced trading partners and a better economic prospect replaced any uneasy feelings as to where it might all lead. Inevitably the Common Market morphed into something much bigger and its advocates made plans for what they envisaged to be a union with enormous centralised powers which would inevitably supersede national parliaments and dictate policies.

The introduction of a common currency presented the UK with a challenge and in a move which in hindsight was brilliantly perceptive the British Government decided against adopting the Euro and instead to retain Sterling as its currency.

Over time, slowly but inexorably, the Common Market mutated into the monstrous union it is today with unelected officials based in palatial buildings in Brussels dictating policies to member States. National Parliaments now find themselves unable to enact legislation which can be challenged by an EU Court and deemed incompatible with EU laws.

Today we have the spectacle of a widely disparate union ranging from the economic powerhouse of Germany to the economic basket cases of Greece and Spain sinking deep into a gigantic sinkhole of debt where its banks are owed billions and where there is not the slightest prospect of any of this debt ever being repaid. Undeniably one of the gravest threats to the EU’s long term survival was the insane removal of national border controls which was touted at the time as the end of nationalistic tendencies and the beginning of an era of universal love, tolerance and mutual cohesiveness. Those who warned of the perils associated with a free flow of criminals were vilified as fascists in much the same way that today’s opponents are called Islamaphobes. Not many foresaw the mortal dangers posed by terrorists having unrestricted access across the continent but now that this has hit the fan it is all too obvious, except to those who continue to deny reality.

How does all this impact on Israel and Jews?

Europe has become a major trading region for Israel. However with the chaos caused by a weak Euro, severe economic recessions in many member countries, rampant unemployment especially amongst the young generation and a general malaise as evidenced in France, it is time to turn our trading efforts eastward. This is exactly what Israel has been doing in recent times. Not only is it unwise to put all our trading eggs in one basket, diversification also reduces the probability of boycotts and economic blackmail.

The idea that submerging national feelings of patriotism to some sort of universal attachment to European togetherness has manifestly failed. Today we are facing a virulent resurgence of age-old prejudices against Jews as well as other minorities, with political parties dedicated to ominous echoes from the recent past poised to take power in several countries. A union of countries in the future with an agenda hostile to Jews and prepared to ban Brit Mila (circumcision) and Shechita and Kosher food is far more dangerous than individual countries trying to go it alone.

The EU as it has evolved today believes that it has a divine mission to meddle endlessly in our affairs, assert its non-existent right to impose solutions on Israel which will in effect lead to our demise and to punish us with boycotts and labeling if we do not meekly acquiesce. In addition and far more galling the EU provides millions of Euros to the kleptomaniac Palestinian Arab Authority which only this week announced via its Prime Minister that stipends to terrorists who have murdered Israelis and their families will be increased. For good measure he described these terrorists as heroes. Has the EU cut off funding in the face of this? Of course they have not.

In the last few days the EU announced that it was prepared to offer an “unprecedented” package in order to induce a “peace” deal. In other words if bribery can achieve some sort of mythical peace at our expense then no doubt we should grab it. The very notion that more Euros thrown down a black Palestinian-Arab hole can purchase genuine peace while the root problem is hate, delegitimisation and a refusal to accept a legal Jewish presence in the region is totally ignored, merely demonstrates yet again the irrelevance of a union united (except for a few notable exceptions) by only one thing – an unhealthy obsession with the Jewish State and a continuing refusal to recognise the evil intents of those inciting and carrying out terror against Jews.

David Cameron in an appeal to the British Jewish Community this week asserted that only by the UK remaining in the EU can it thwart unbalanced policies against Israel. This is of course arrant nonsense. The current funding of NGO’s which work against Israel continues unabated by UK membership. The continual attempts led by France to force a suicide pact on Israel remain unimpeded by any British membership of the EU. How would that change in the future if “remain” wins?

The free flow across vanished borders of those dedicated to perpetrating terror has already doomed the EU and sealed its long-term fate. That is something British Jews should have thought about when they cast their votes. That and the looming demographic realities should cast serious doubts as to the long-term viability of a union drowning in social unrest, economic stagnation and rising Judeopobia.

Whatever the results of the referendum, the mid to long-term prognosis for this union experiment looks bleak. As I survey a continent soaked in past Jewish blood and suffering I can only be thankful that with all its problems and challenges, Israel remains a haven and island of stability in a world going to pot in more ways than one.

State of the Union