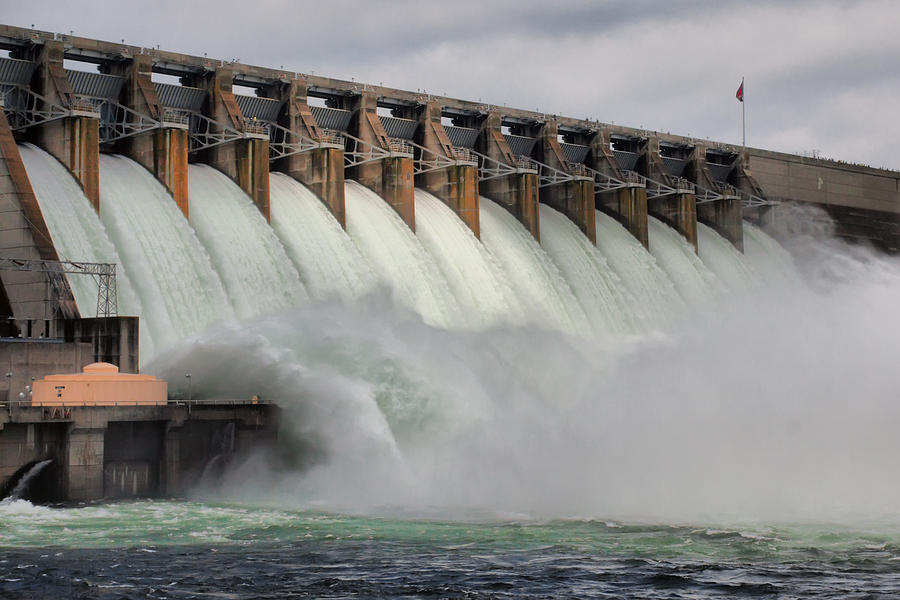 It was inevitable that sooner rather than later, the chickens released by the European Union’s open borders would come home to roost with a vengeance.

Thus it is coming to pass as we witness a week in which terror attacks in France and Germany bring home the unpalatable truth that borderless and uncontrolled frontiers, instead of heralding the expected age of love, brotherhood and harmony, have instead facilitated the spread of Islamic jihadist terror on an unprecedented scale. The prevailing political correctness whereby acts of terror are attributed to unbalanced and mentally disturbed individuals has blinded those in power to the real and menacing forces on their very doorstep. A refusal to initially at least acknowledge the evil ideology driving this latest wave of terror combined with a fatally flawed and blinkered blindness to actually doing anything drastic to defeat this scourge, has led to the terrorists becoming ever more brazen.

It is pathetic to witness after every barbaric atrocity how the authorities squirm and wriggle in order to avoid placing the blame where it should be and instead issue pathetic statements of denial. It is only after the evidence becomes so overwhelming that those in charge can actually bring themselves to mention the word Islamic terror. The latest outrage where a Catholic Priest was murdered as he was taking mass in Church is only the latest example of where this weak kneed policy is leading. President Hollande maintains that his country is at war with Islamic terrorists but apart from great sounding rhetoric and a beefed up police and army presence nothing much else is happening to destroy the terror cells lurking and waiting to be activated. Mind you this is still marginally better than the current USA administration which has banned the words Islamic terror and operates in a wonderland of denial.

The main problem is that in both Germany and France, but also in other parts of European Union, the uncontrolled influx of individuals from Arab and Moslem countries has created a time bomb, primed to explode. Embedded in the avalanche of economic migrants, refugees and others on the run are agents of ISIS. The authorities have lost control and do not have any idea either how many legal and illegal people there are or what is worse exactly where large numbers of them actually are. The openly stated objective of Jihadist groups is clear but unfortunately the politically correct do not want to know about it. Instead of abandoning the uncontrolled flow of individuals who have not been vetted, those in charge prefer to pretend that already proven disastrous policies need no change.

Next year will prove to be decisive because there are elections scheduled in France and Germany. Without a doubt a mass revolt by voters against current catastrophic policies will result in unprecedented results whereby far right and anti EU parties gain at the expense of the establishment. Revulsion, fear and downright disgust at the continuing ineffective way Islamic terror is being handled will produce an electoral revolution. The British public has already spoken and the UK’s exit from the EU may, if it is not already too late, avert further catastrophic invasions of illegal migrants in which are embedded sleeper ISIS cells. As far as the rest of the EU is concerned, it seems that their main concern is to censure, sanction and label Israel, Israelis and their products while flailing ineffectually in the face of murderous barbarians.

While Europe becomes mired in a mess of its own making, Turkey which aspires to EU membership, has opened the floodgates to forces which do not augur well for those striving for democratic and human rights values. Given the current scale of purges, arrests, detentions and dismissals taking place in the military, judiciary, civil service, universities and schools, the media and in fact every facet of Turkish society, there will be nobody left who opposes Government policies. The trampling of democratic and human rights guarantees and the neutering of Parliament unleashes the floodgates of authoritarian rule in a country which is described as a pillar of NATO and a prospective candidate for EU membership.

The speed and scale of the campaign to stifle dissent has eerie throwbacks to the Reichstag fire of February 1933 when the German Parliament, the last bastion of German democracy, was burnt to the ground. The Nazis, who had just come to power, immediately blamed the Communists and proceeded to undertake the exact same round up of opponents as is now taking place in Turkey. We now know that the whole episode was a calculated set up in order to consolidate power and eliminate those who dared speak against the dark forces of hate. It is amazing how today, in less than 24 hours after the failed coup, the Turkish authorities were able to identify over 60,000 opponents and detain or dismiss them from their positions. Something smells of premeditated preparations and is suspiciously reminiscent of history repeating itself. It certainly is no Turkish delight!!

At the same time as the floodgates of terror have opened, the unabated torrent of Israel hate and delegitimization continues to roll forth. Two of the latest examples were on display this week.

Compulsive Israel basher, Baroness Tonge, a member of the Liberal Democrat Party in the UK House of Lords, made one of her regular wild accusations. She asserted that Israel is to blame for the rise of Jihad and ISIS. I don’t know how many take her seriously but the point to remember is that the continual drip feed of poison eventually lodges in the minds (if not brains) of those whose gullibility is always receptive when it comes to Jews and the Jewish State.

As I have noted on a previous occasion, next year marks the centenary of the Balfour Declaration, a perfect time for all those denying the legitimacy of Israel to crawl out of the woodwork. Right on cue the Palestinian Arab “Foreign Minister” with the obvious support of the PA President, has announced that he will be asking the Arab League for help in filing a law suit against the UK. In his words: “Britain is responsible for all Israeli crimes committed since the end of the mandate in 1948.” Instead of attending to the economic and political corruption and miseries inflicted on their own people by their own leaders, they prefer instead to blame others. In this case it’s Britain and the late Lord Balfour. Conveniently overlooked is the already existing Palestinian Arab country east of the river Jordan, the endless rejections of every opportunity to live in peace with Israel and the rejection of any Jewish legitimacy in this part of the world.

As long as the rest of the world panders to this nonsense and refuses to face up to extortion and terror the situation will only get worse.

However, all is not lost. Like a knight in shining armour, John Kerry, has arrived to save all of us from the dire threats threatening life and limb. At a meeting in Vienna last Friday he said: “air conditioners and refrigerators are as big a threat to life as the threat of terrorism posed by groups such as Islamic State.”  There you have it, folks. Stop worrying about ISIS and their murderous intentions, trivialize the toxic effects of stabbings, beheadings and jihad and instead be on maximum alert for threats lurking in your kitchen and home. Prepare to defend yourselves against your refrigerators and air conditioners which have infiltrated your house or apartment and are waiting to strike when you will least expect it. No less an expert than the US Secretary of State has uncovered this dastardly non Jihadist non Islamic conspiracy.

Albert Einstein was spot on when he stated:

“We cannot solve problems by using the same kind of thinking we used when we created them!”