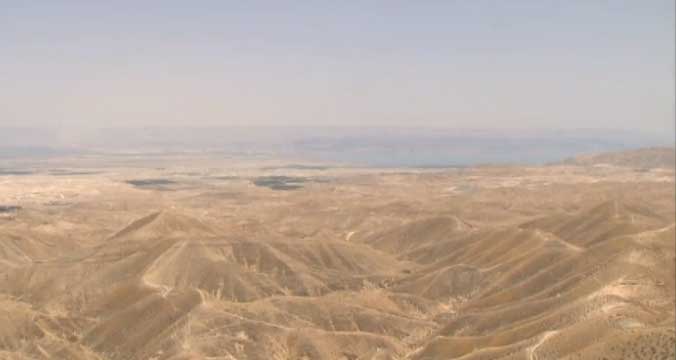 The Palestinian Authority names parks and schools after murderers and broadcasts anti-Semitic hate.

I’ve written about a half-dozen times in the past about UNRWA, the United Nations Relief and Works Agency for Palestine Refugees in the Near East, the U.N. agency that deals with Palestinians: here in 2014 and here in 2015, for example.

Simply put, UNRWA has long had employees who were sympathetic to Hamas and engaged in acts of anti-Semitism, but it has overlooked their actions and indeed often protected them. That appears to be the culture of the place.

In the past week, we’ve learned something new: that employees of other leading charitable and development agencies like World Vision and the U.N. Development Program (UNDP) may also be diverting funds to Hamas.

Israel has detained employees of both World Vision and UNDP. Australia has frozen contributions to World Vision’s Gaza programs until the entire matter can be sorted out, and the German offices of World Vision have frozen their own programs in Gaza.

Israel said Tuesday it had charged a United Nations staffer with helping the Islamist movement Hamas, the second indictment involving aid workers in Gaza in a week.

Engineer Waheed Borsh, who has worked for the UN Development Programme (UNDP) since 2003, was arrested on July 16 and charged in a civilian court in Israel on Tuesday, a government statement said. The UNDP said it was “greatly concerned” by the allegations while Hamas, which has run the Gaza Strip since 2007, denied any involvement.

The government said 38-year-old Borsh, from Jabaliya in northern Gaza, had been recruited by “a senior member of the Hamas terrorist organisation to redirect his work for UNDP to serve Hamas’s military interests.”

It said he had confessed to a number of accusations, including diverting rubble from a UNDP project in the coastal strip to a Hamas operation to build a jetty for its naval force. He is also alleged to have last year persuaded UNDP managers to focus home rebuilding efforts in areas where Hamas members lived, after pressure from the group.

Palestinian Mohammad el-Halabi, a manager of operations in the Gaza Strip for U.S.-based Christian charity World Vision, accused of funneling millions of dollars to Hamas in Gaza, at the Beersheba district court in southern Israel on August 4. Elliott Abrams writes that the Palestinians are not being held to global standards of morality. The Palestinian Authority names parks and schools after murderers and broadcasts anti-Semitic hate. DUDU GRUNSHPAN/REUTERS

And here is the World Vision story:

The Gaza head of the U.S.-based humanitarian aid organization World Vision funneled as much as $7 million a year over the past 10 years to Hamas’s terror activities, Israel’s domestic security agency said Thursday.

The Shin Bet said the aid group’s Gaza director, Mohammed el-Halabi, is an active figure in Hamas’s military wing. He was indicted by Israeli authorities Thursday, accused of diverting some 60 percent of World Vision’s annual budget for Gaza to Hamas, the militant Palestinian group that rules the coastal enclave.

He was charged with transferring money and working with a terror group. Hamas is viewed as a terrorist organization by Israel, the United States and the European Union. Israel has fought three wars with Hamas since 2009.

In addition to the $7 million a year in funds transferred to Hamas coffers, Shin Bet said, Halabi also handed over to Hamas piles of cash — an additional $1.5 million a year. The Israelis also said he gave Hamas $800,000 taken from a United Kingdom donation to help build a Hamas military base. The money was designated for civilian projects in the Gaza Strip, Israeli authorities said.

The accused are innocent until proved guilty, although they are said to have confessed.

What we can now see clearly is that none of these organizations—UNDP, World Vision or UNRWA—was ever going to find the facts, fire people, clean out the Hamas agents and solve these problems. That will require the intervention of donors, and those steps in Germany and Australia are remarkable only in that they have not been followed universally.

According to Reuters, “Australia’s Department of Foreign Affairs and Trade (DFAT) called the allegations ‘deeply troubling’ and said in a statement that it was ‘urgently seeking more information’ from World Vision and the Israeli authorities. ‘We are suspending the provision of further funding to World Vision for programs in the Palestinian Territories until the investigation is complete,’ it said.”

Quite right—but what about all the other donors?

The larger question is the culture of foreign aid to the Palestinians, much of which falls under what President George W. Bush once called (in an entirely different context) “the soft bigotry of low expectations” and some of which falls under the category of terrorism, threats and plain fear.

As to plain fear, look at the last line of the first story, about UNDP: “He is also alleged to have last year persuaded UNDP managers to focus home rebuilding efforts in areas where Hamas members lived, after pressure from the group.”

Perhaps Hamas made him an offer he could not refuse. “Pressure from the group” in this context may well mean his life was in danger.

The “soft bigotry” is the failure to hold the Palestinians to global standards. We see this, for example, when it comes to the toleration—by every government, including our own and that of Israel—of the way the Palestinian Authority glorifies terrorism and terrorists, naming parks and schools after murderers and broadcasting on official stations all kinds of anti-Semitic hate.

We see it in the failure to reform UNRWA. In these cases, World Vision and UNDP, we probably see both support for terrorism and plain fear.

It’s likely that some percentage of local employees in Gaza are sympathetic to Hamas—and it seems likely to me that administrators don’t want to know it.

If they came face to face with it, what would they do? Fire them? Turn them in to the Israelis? Start difficult and likely very long back-and-forth communications with headquarters, which likely doesn’t want to know and won’t thank the employee who insists on revealing the truth? Simpler to be blind to what is happening.

There’s some evidence of that in these remarks by an Israeli legal group:

Attorney Nitsana Darshan-Leitner, president of Israeli legal advocacy group Shurat HaDin, said her organization warned World Vision four years ago its funding was being diverted to armed militant groups in Gaza. She said she discovered this while her group researched a lawsuit against the Popular Front for the Liberation of Palestine, which in the past was involved in attacking Israelis.

Allegations are not proof and these cases need to go to trial. The sensible thing for donors to do is to freeze suspect programs immediately, as World Vision Germany and the government of Australia have done. The only way to solve this problem is for donors to withhold funding unless and until the independence of their programs can be assured.

Yes, the people of Gaza would suffer, but they would know why: because Hamas is more interested in its own terrorist actions than in the welfare of Gazans. Aid donors have turned a blind eye for far too long.

Elliott Abrams is senior fellow for Middle Eastern studies at the Council on Foreign Relations.