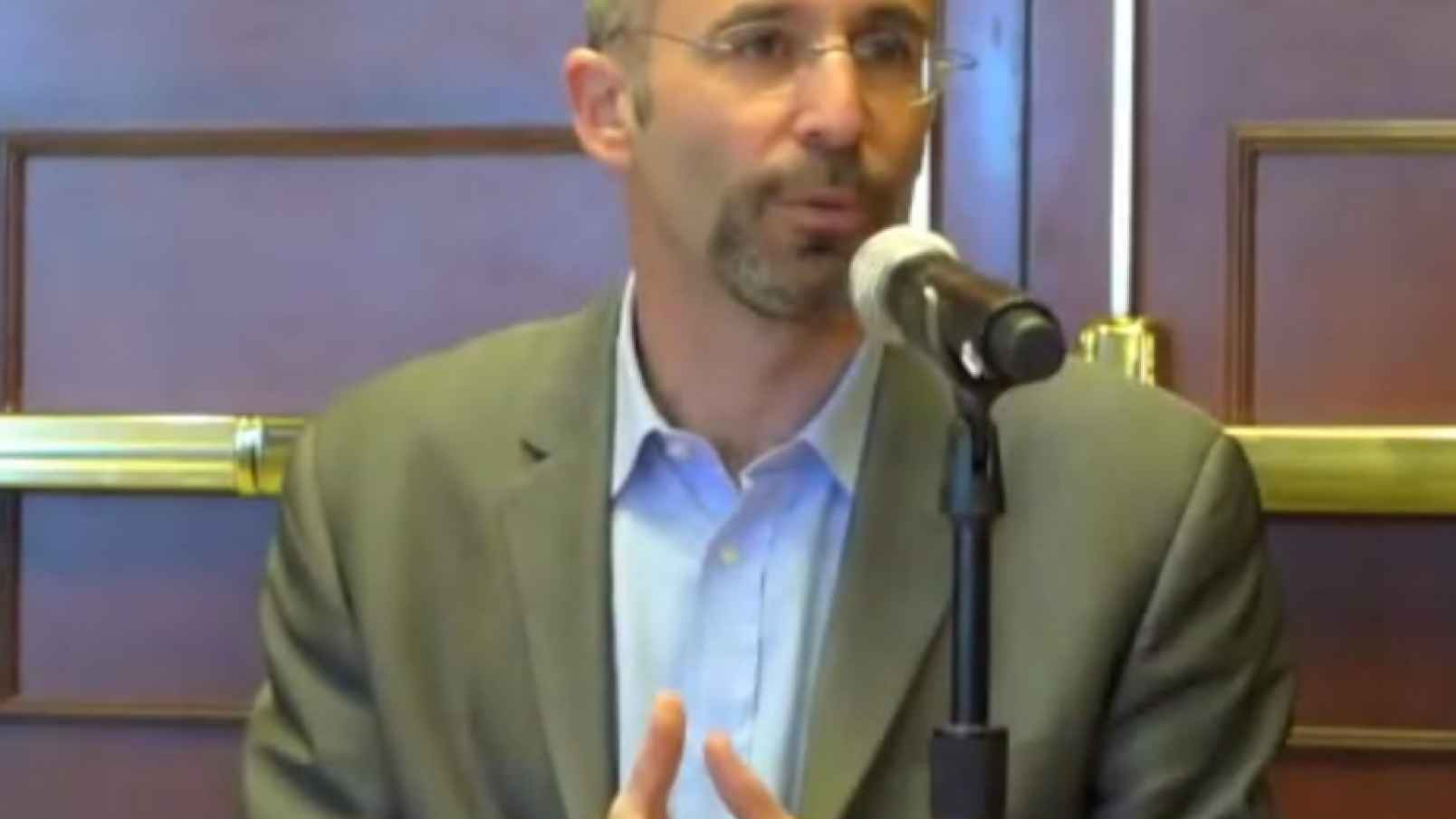 The low point of the AIPAC policy conference came when Nancy Pelosi read a letter from J Street. The letter, officially authored by David Price and Gerry Connolly, urged opposing “unilateral actions by either of the two parties that would push the prospects for peace further out of reach.”

That’s a euphemism for Jews living in Jerusalem and other parts of Israel claimed by Islamic terrorists.

Price and Connolly are some of the more anti-Israel Democrats in Congress. Price was one of the “Hamas 54” members of Congress who had signed another letter calling for an end to the Israeli embargo on Hamas in Gaza.  Connolly is known for his associations with the Muslim Brotherhood. He had defended funding the PA even when it included members of Hamas.

But AIPAC is a bipartisan organization. That means it has to have leading Democrats like Pelosi over. It’s the figures whom AIPAC chose to invite that are truly troubling.

Among the list of speakers was Robert Malley. Malley had been originally dropped by Obama during the campaign due to his contacts with Hamas on behalf of Soros’ International Crisis Group.

Once Obama was secure, Malley was brought back in and quickly moved up the ranks.

Malley is about as anti-Israel as they come.  AIPAC had invited the author of an article titled, “Making the Best of Hamas’ Victory”. The article urged funding Hamas and warned, “don’t ostracize or actively undermine a Hamas-backed PA.”

He co-wrote an article with Aaron David Miller, another speaker at the AIPAC conference, which argued that, “A national unity government between Fatah and Hamas appears within reach… America shouldn’t stand in the way — regardless of whether Hamas recognizes Israel or formally renounces violence.”

At one point, Malley was too anti-Israel for Obama. Now he’s good enough for AIPAC. If AIPAC can’t draw the line at Robert Malley where can it draw the line?

But it’s not just about who was invited to AIPAC. It’s the sharp contrast with who wasn’t invited.

David Bedein of the Center for Near East Policy Research had sought to offer a briefing on UNRWA’s links to terrorism.  His latest book investigates the ugly nature of the Palestinian Authority. He couldn’t get anywhere with AIPAC. On the list however is Laura Blumenfeld of the State Department, a former Washington Post reporter who headed communications for the Kerry Israel-bashing peace bid.

Blumenfeld was most famous for Revenge: A Story of Hope, a book chronicling her reconciliation with the terrorist who shot her father. But then she became famous for an ugly anti-Israel rant.

“The administration really felt like they were really humiliated and undercut by the Israelis during the war… And you heard people say out loud, fight loudly in the stairwell in the State Department, saying ‘We are the United States of America – we will not be ruled whether it’s by domestic constituencies or Israelis!'” Blumenfeld said on a past non-AIPAC panel.

“As Jews acquire more and more political power, it became almost like a housing bubble or a real estate bubble. There’s almost been a Jewish bubble and I think we saw it pop over the summer, “ she opined.

Like Malley and Miller, but unlike Bedein, Blumenfeld is welcome at AIPAC.

A number of Kerry negotiating team veterans were there. That meant that Ilan Goldenberg, author of such articles as “Why Israel’s Settlement Construction Must Be Stopped” and “How Israel Brought U.N. Resolution on Itself With Irrational Settlement Push” was listed as a speaker.

Even leftists who hate AIPAC are welcome at AIPAC.

Tamar Zandberg, a member of the extreme left, participated in an anti-AIPAC protest outside with the stealth BDS hate group If Not Now.

Zandberg had defended Keith Ellison who had promoted the idea that Israel was an apartheid state. She has urged boycotting products from parts of Israel claimed by Islamic terrorists.

Joel Braunold, the executive director of the Alliance for Middle East Peace, was a listed speaker.

Alliance members include at least one pro-BDS organization, the Holy Land Trust. Braunold has said of BDS, “anything that supports non-violent activism to show one’s opposition to the occupation should not be dismissed.”

He also observed, “Demonstrating the unacceptability of building settlements is essential. My main goal is to get the state of Israel to stop funding them. Is the best way to get there to boycott the settlements? – I think that in many cases the answer is yes.”

Katherine Bauer was also there at AIPAC. As a Wall Street Journal piece revealed, Bauer had forwarded an email to IRS and Treasury people that pondered the targeting of Jewish charities buying land in Israel claimed by Islamic terrorists.

“Thought you might find the below article of interest—looks like we’ve been down this road before,” she wrote. “Although I believe you’ve said you can’t speak to on-going investigations, I thought it was worth flagging the 1997 investigation mentioned below for you if it can be of any use internally.”

Not enough to disinvite her from AIPAC.

This is not a list of liberals who were at AIPAC. There were liberal pro-Israel speakers there. It doesn’t even single out supporters of the Iran Deal or persistent critics of Israel like Tamara Cofman Wittes. It only emphasizes the most egregious and the most outrageous. It looks at those who have done real damage to Israel and whose views should be considered unacceptable at any pro-Israel event.

There is a big difference between including pro-Israel liberals and anti-Zionists. Anyone who boasts of opposing the “occupation”, who blames Israel for everything or is open to Hamas or BDS is not a liberal.

They’re opponents of Israel and should not be on stage at any event by a pro-Israel organization.

But AIPAC’s hollow campaign against the Iran nuclear sellout climaxed with not only Senator Kaine, who voted for it, being featured at AIPAC, but with assorted analysts and ex-officials who were also for it, and who could easily have not been invited, being featured as well.

AIPAC is careful about criticism of the Palestinian Authority. It’s much less careful about keeping out opponents of Israel including those who flirt with BDS. Its preference for analysts from the same old institutes and peace process negotiators fills slots with people who think that Israel is the problem.

Its refusal to resist the anti-Israel left mainstreams it. Not all that long ago, Robert Malley was controversial even in Obama circles. Now he has an AIPAC invite and his views have been normalized. When a Hamas apologist can appear at AIPAC as long as he was part of a team in a previous administration, then AIPAC isn’t being pro-Israel, but pro-establishment.

And the establishment is trending anti-Israel.

AIPAC’s insistence on sticking to the establishment normalizes anti-Israel voices. And unlike a red line is drawn, it won’t be long before BDS activists are making regular appearances at AIPAC events.