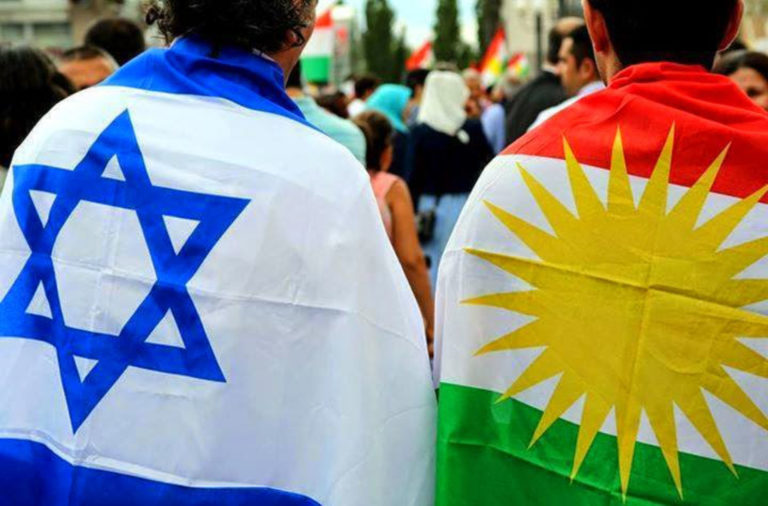 In an exclusive interview, Syrian Kurdish leader Sherkoh Abbas explained a novel idea for promoting peace between Israel and the Arab world.

In an exclusive interview, Syrian Kurdish leader Sherkoh Abbas introduced a novel idea for promoting peace between the State of Israel and the Arab world. The center of his idea revolves around the fact that both the Kurdish and Jewish peoples are outcasts in the Middle East, who are despised beyond logical reason. According to his arguments, the Arab countries will always unite with Turkey and Iran in order to thwart Kurdish independence in order to keep the Kurdistan regions of Iraq and Syria within these current Arab states and until recently, also to be against Israel.

In recent times, the Arab countries have warmed up to Israel, as demonstrated by Israel’s close relationship with Sisi’s government and Israeli Communication Minister Ayoob Kara’s meeting in Ecuador not too long ago. However, despite these positive developments, Abbas argued that Israel’s rapprochement with the Arab world rests on shaky grounds for he claimed that even if the Arab countries are wary of Erdogan’s neo-Ottoman ambitions and the Shia Crescent to the point that they are willing to cooperate with Israel, their desire to thwart Kurdish independence allows them to overcome their differences with the Turks and Iranians and to unite with their enemies, a reality which makes rapprochement between Israel and the Arab world more difficult.

“When I was in Syrian Kurdistan, most of the Arabs including the Syrian Opposition and the Syrian regime views Israel as a dagger in the heart of the Arab world from the Persian Gulf to the Atlantic,” Abbas related.

“They view the Kurds as creating another Israel and would be another blow or dagger in the Arab heartland and the Kurds are Zionists in disguise. For the Arab world, the Kurds are 40 million strong and they don’t deserve a state but they want another Arab state.”

“They attack Sykes-Picot for creating artificial borders but then they defend it regarding the Kurds in order to thwart an independent Kurdistan. These borders were used to defend the colonial borders. Turkey wants to be a Khalifa or Sultan but that clashes with the Shia Crescent yet on Kurdistan, they agree and work together. The US and Sunni countries feel they can recruit them against Iran but it is a mistake for they will always make an agreement on the Kurdish issue. Thus, allowing the Kurds to be freed of the Arab nations of Iraq and Syria would pave the way down the road for the Arabs not to have a common interest with the Iranians and Turks to thwart Kurdish independence.”

“For me, it is ridiculous that we got no hope in Turkey or among Syrian Arab Sunnis or the Sunni Arab states. This shows you cannot rely on the Arab states. They will insist on a Palestinian state or getting the Golan back.”

According to Abbas, only the Kurds are Israel’s natural allies: “They can stop the Sunni challenge, Neo-Ottoman ambitions and Iran. They have positive political capital. Now is the time to work with them.”

In recent times, Abbas noted that Iran, Russia, Turkey and Syria started to spread conspiracy theories in order to undermine Kurdish gains once they started to work with the Americans and tried to delink from Assad and Russia: “Russia is painting a picture that the Kurds are colliding with ISIS.”

Abbas compared this to elements of the Syrian Opposition who accused Israel of cooperating with the Al Nusra Front: “They always invent conspiracies. Iran and Assad have some element and units called ISIS on demand that attack the minorities and Kurds in order to force them to cooperate with the regime. Also, they want to portray Sunnis or any rebels as ISIS terrorists to get Iran and Assad out of isolation and to make them more favorable and acceptable or better than the alternative. When Iraq started to take shape towards being divided and the same in Syria, they spread conspiracy theories or accusations. They say America and Israel are trying to divide Syria. This is what Turkey is spreading. Iran and Assad also.

“Now, also Russia portrays a gap between NATO and Turkey. Initially, they tried to see the Kurds as the victims and rightly so. Then, they felt uncomfortable after they witness the Kurds cooperating with the U.S. and so they are trying to derail the process of the Kurds getting gains in Syria and Iraq. The best way to counter this is to support an independent Kurdistan.”

Abbas argued that an independent Kurdistan won’t just block the establishment of a Neo-Ottoman Empire or the Shia Crescent or Iran aiding Hezbollah as well as other terror groups. He claimed that if the establishment of an independent Kurdistan in Syria and Iraq becomes a reality, the Arabs will view it as a loss for the Arab homeland but nevertheless, a fait accompli just like the State of Israel and this will make it easier for Israel to cooperate with the Arab countries.”

“Thwarting an independent Kurdistan will always keep them together no matter how many differences they got,” Abbas stressed. “Kurdistan has so much oil and water resources that they will never give up on. The Iranian Shah and Saddam Hussein made an agreement. Saddam essentially gave up territory to the Shah in order for the Kurds to stop being armed and the Kurds lost in the 1970s. He was willing to give up territory just so that they won’t give up their rights over Kurdistan.”

“They felt that giving territory to Iran is good to keep Kurdistan in the North. Turkey and Iran had many disagreements in recent weeks but what brings them to the table is the Kurdish glue. Everything else is minor compared to the Kurdish issue. But by having the Arab Kurds go their own way, then they will have to face the reality. They will only worry about Iran and the Neo-Ottoman Empire that can threaten the Saudi leadership. That will force them to reach out to the Kurds for they are the buffer that can stop those two countries from marching on them.”

He also argued that this in turn will enable the Arab countries to support peace with the State of Israel without any other interests distracting from it: “Furthermore, Kurdistan can be a new beginning in that part of the world besides Israel in promoting democracy and coexistence, a positive influence that can help many Muslims in that part of the world to adopt moderate Islam.”