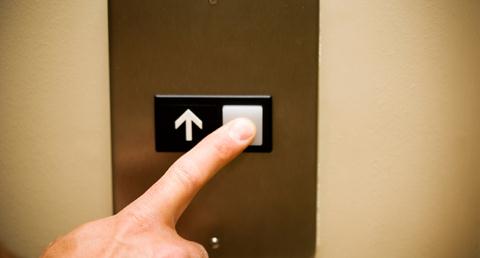 Marsha Stein is a retired former college professor who lives in Natick,Mass. , near Boston, and also in Netanya, Israel.

Often there’s only enough time for my “elevator speech” when someone asks me, as a dual citizen of Israel and the U.S., when peace will come to the Israeli-Palestinian conflict. Here’s how I answer:

When the Palestinian Arab school books stop referring to Jews as the sons of apes and pigs and stop calling for Muslims to kill Jews every chance they get, THEN I will believe that for the following generation there is hope for peace.

Recently, the founder of the Center for Near East Policy Research, David Bedein, spoke in Netanya, where we live for more than half of each year. The center is dedicated to proactive, investigative research and the publication of well documented data on the core issues of Israeli-Arab relations, with a sole purpose: to provide insights into the complex reality of Israel and the Middle East to decision makers, journalists and the general public.

The center is currently calling attention to the humanitarian plight of the Palestinian refugees in UNRWA-administered refugee camps and its resolution, including through adoption of the United Nations High Commissioner for Refugees criteria for refugee rehabilitation worldwide.

The title of Bedein’s talk, “DeNazify the PLO, Beginning with UNRWA Schools,” describes the message he brought and the film clips he showed. The United Nations Relief and Works Agency for Palestinian Refugees had recently published revised schoolbooks that were supposed to have removed the incitement against Jews. UNRWA convinced the world that these were books for peace.

The center questioned that. Bedein commissioned the translation of all the books. He described the new PLO schoolbooks as “incitement out, indoctrination in.”

The center’s videos, available on YouTube, show summer camps with Palestinian children dressed in camouflage, given weapons, and taught how to use them against Jews. Every child in UNRWA camps knows where in Israel his grandparents or great-grandparents came from and is taught to fight to reclaim that place. As a comparison, Bedein showed a film about how the Nazi Youth Movement took children as babies, gave them guns and helmets, taught them to exhibit proudly their swastikas, and forced every young person to dedicate himself to Hitler so that Germany could rule the world.

The translations of the UNRWA textbooks, titled, “Schoolbooks of the Palestinian Authority: The Attitude to the Jews, to Israel and to Peace,” was published in December 2017. The center found these attitudes are based on de-legitimization, demonization, and indoctrination to violent struggle. There is no call for peace or coexistence with Israel.

The texts create the false impression that the Arabs preceded the Jews in the country in antiquity and that the Jews’ historical claims are false. Jewish holy places are presented as Muslim holy places usurped by the Jews. Jewish cities are not shown on the maps. Jewish inhabitants are presented as a threat to Jerusalem’s Arab character, as occupiers and infiltrators, and as illegitimate and temporary.

Jews are demonized as enemies of Islam’s revered prophets – Moses, Jesus and Muhammad. Over 30 accusations were found in the books including Jewish massacres, murder of Palestinian children and leaders, desecration of Muslim and Christian holy places and responsibility for Arab intra-family violence. There is talk of violent struggle for liberation without limiting it to the “West Bank” and Gaza but including places inside pre-’67 Israel like Acre, Haifa, and Jaffa that are supposed to be liberated. What had been called the “Arab-Israeli conflict” in earlier editions is now called the “Arab- Zionist conflict.”

Traditional Islamic concepts such as jihad and martyrdom give the struggle a religious character which reaches its peak in an 11th grade textbook with a traditional prophetic saying (Hadith) by which the Muslims will kill all Jews with the help of trees and rocks, as a precondition to the End of Days. Shahid (martyrs) and prisoners of war are exalted and the 2017 editions actually name present-day terrorists as heroes. Palestinian Authority schoolbooks prepare students intellectually and mentally to struggle violently for liquidation of Israel and the “removal” of its Jewish citizens.

The translators studied 201 books from Grades 1-12 on the topics of Arabic language; math, science and technology; chemistry, biology, Islamic education, Christian education, national education, civics, social studies, history, contemporary issues, geography, and Koranic textbooks. They studied only content related to the “other” and to the conflict. These books are used by 1.2 million students in the “West Bank,” Gaza, Jerusalem and in UNRWA schools as well as** public and private schools.

The United Nations gives no money to UNRWA; all of its $1.2 billion a year budget comes from the nations of the world, with the U.S. contributing $400 million annually.

Why are Americans allowing their tax dollars to be spent on the brainwashing of children and the incitement to murder Jews and destroy the world’s only Jewish state? Schoolbooks represent a palpable indication of values and perceptions in a society. Reread my “elevator speech” at the beginning of this essay and decide if UNRWA is educating for peace and if you want your tax dollars going to this cause. If not, contact your Congress person and Senators and let them know how you feel.