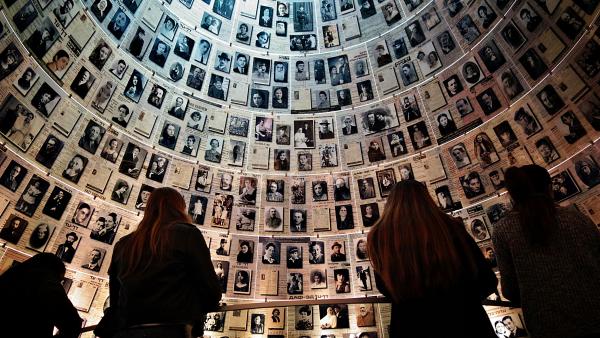 It seems there is no limit when it comes to covering news about Israel and Jews. This week in particular has served up yet more examples of the absurdities we face…writes Michael Kuttner.

This annual event provides an opportunity for politicians and officials to demonstrate their empathy for the victims and ease the conscience of those whose silence for the remaining 364 days of the year lies dormant. At a time when Jew hatred is on the rise internationally this one day in the year provides an ideal opportunity for high-sounding declarations of solidarity and ringing denunciations of racism. If it is intended to make Jews feel more secure and hopeful then I suppose at least for 24 hours it might manage to spread an illusion that the fight against the longest surviving virus of hate is being waged successfully.

Australia’s Prime Minister and Leader of the Opposition have been at the forefront of the battle against Judeophobia and their messages to the Jewish Community are indeed sincere and heartfelt. I am not sure how much of their message gets into the general media but there is no doubt about their determination.

In New Zealand the Race Relations Commissioner spoke movingly at the commemoration but I have been unable to ascertain whether the Prime Minister, her Foreign Minister or the Leader of the Opposition actually issued any public statements. If they did it was buried by the media and if they remained silent it speaks volumes about their concerns and priorities when it comes to the tsunami of hate against Jews which engulfs social media these days.

One of the most galling aspects of this annual event are the expressions of “friendship and solidarity” expressed by leaders of countries who miss no opportunity in condemning and censuring the Jewish State. It’s so easy to bash Israel while hiding behind the sanctimonious façade of concern for Jews elsewhere.

The European Parliament which sheds crocodile tears on this day also invites an Iranian leader who is a Holocaust denier to engage in “dialogue.” This same hypocritical body believes the agreement enabling Iran to develop weapons of mass destructions is wonderful, that a country which declares its objective is the destruction of the Jewish State and which develops, tests and provides missiles to terror groups is a great business partner makes a mockery of the day when the murder of millions of Jews is commemorated. Accusing Israel of behaving like Nazis and giving comfort to those who promote such libels does not go unnoticed in Israel.

We also have to listen to the likes of the Swedish Foreign Minister who has accused Israel of crimes and then had the gall to blame us for the rise of anti Jew-hatred in her country which is making Jewish life in that country untenable. This year Ken Livingstone, a former Mayor of London, appeared on Iranian television to discuss “whether the Holocaust has been exploited to oppress others.”  You do not need much of an imagination to work out the conclusions.

The disgraceful fact is that almost all those who pillory and delegitimise Israel conveniently ignore real ongoing genocides elsewhere in the world. Whether one likes it or not the very existence of Israel today is a guarantee that what happened in the recent past cannot happen again. Sponsoring and voting for UN resolutions which deny any Jewish connections to Jerusalem and parts of our homeland make declarations of “never again” a hollow exercise.

The Polish Government is passing a law which forbids asserting that Poland or Poles had anything to do with the systematic murder of Jews. It is important to remember that Nazi Germany viewed Poles as subhuman specimens of humanity although they were on a “higher” level than Slavs and of course Jews. It is also a fact that the major German death camps were situated in Poland, an ideal setting for such activities. Without a doubt there were Polish non-Jewish citizens who risked their lives in saving Jews at great risk to their own lives. However in the overall scheme of things these brave souls were a drop in the ocean compared to the overwhelming majority who were either willing partners in murdering Jews or who preferred to look the other way.

Centuries of Church (Roman Catholic) induced theological Jew-hatred provided very fertile ground for an insidious and virulent climate so that when the Germans eventually occupied Poland there was no lack of enthusiastic local willingness to participate in the mass murder of the country’s Jewish population. Even the Polish Government in London exile was not exactly a fervent supporter of Jewish rights. After the German defeat a few remnants of Jewish survivors returned to Poland and as though their horrific experiences had not been bad enough they were immediately faced with pogroms initiated by those Poles who were horrified that any Jews had survived and returned to claim their looted and stolen properties.

Taking all these factors into account it is not surprising that Israel has protested vigorously at a proposed law which exonerates Poland from any culpability. The shame and guilt of the past cannot and must not be washed away so easily. That all this is taking place at the same time as the world (or at least part of it) is commemorating the Shoah speaks volumes about the amnesia which afflicts many these days.

With impeccable timing it has been revealed this week that German automobile companies in 2014 tested exhaust emissions on animals and humans. Funding for these trials apparently were provided by Volkswagen, BMW, Daimler and Bosch.

One would have thought that with all the expertise German companies acquired during the Holocaust years that there would be no further need to conduct more experiments as to the effects of exhaust fumes on humans.

Needless to say the latest revelations have been an acute embarrassment to those concerned with all those named scrambling furiously to distance themselves and deny culpability. Perhaps it was another case of just “following orders.”

On a visit to Israel this week the German Foreign Minister took the opportunity to offer gratuitous advice as to how we can best commit collective suicide. Instead of concentrating on combating the rising tide of Jew-hatred in his country he preferred instead to tell us what we were doing wrong. Basically ignoring the revisionist versions of Jewish history pouring out of Ramallah his solution is for us to appease those who advocate and work for our demise. He couldn’t have picked a more inappropriate week to promote this.

Ignored by most speakers during this week of International Holocaust Remembrance was the fact that boycotts and blacklists were an essential part of the delegitimisation campaign against Jews in Germany from 1933 onwards. Perhaps this collective amnesia is why there has been no outcry from democratic countries (other than the USA) when the UN Human Rights Council released its report on companies doing business with links to Judea, Samaria and Jerusalem. Thanks to pressure from the USA and Israel the publication of the blacklist has been postponed. However if past experience is anything to go by the names will soon leak and once again Jews will be the objects of further boycotts.

The Irish Parliament has been considering a bill which would make it a criminal offence to import or consume any product sourced from Judea, Samaria, Jerusalem or the Golan. That means if enacted any Irish Jew drinking Kiddush wine produced in any of these parts of Israel would be liable to be arrested and charged for this heinous crime.

In language reminiscent of the Nazi era the proponent of the legislation stated in the Irish Senate that “Jewish settlements were like measles and were breaking out everywhere.” Back in the 1930’s Jews were accused of being a bacillus.

The words of Albert Einstein come to mind: