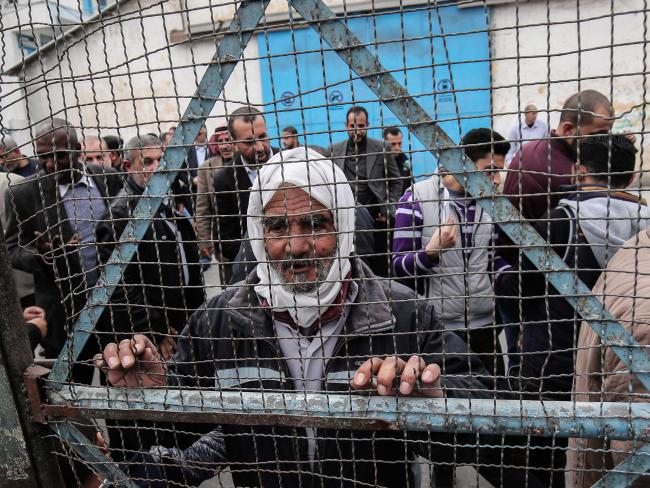 ON 29 May 2012, then-minister for foreign affairs Bob Carr signed an agreement with then-UN Relief and Works Agency for Palestine Refugees (UNRWA) head Filippo Grandi, to provide $90 million for Palestinian refugees for five years.

“Australia’s backing over the next years will help UNRWA provide education to refugee children throughout the region, as well as health and relief services,” Grandi said.

Rather than resolve the problems faced by Palestinian refugees, it perpetrates them.

The UN initially considered refugee status a temporary state. In 1947, it created the International Refugee Organisation to repatriate or resettle European war refugees. Mission accomplished, it closed up shop in 1952.

The UN founded UNRWA in 1949 specifically to help Palestinian refugees displaced by Israel’s war of independence and, the following year, created the UN High Commissioner for Refugees (UNHCR) for everyone else.

UNRWA was meant to be temporary, leaving UNHCR alone to take over the refugee mission.
In a 1951 report to the UN General Assembly, UNRWA reported, “There must be a firm goal of terminating relief operations. Sustained relief operations inevitably contain the germ of human deterioration.”

But Arab states and Palestinians themselves refused resettlement, choosing instead to use UNRWA as a weapon in a broader diplomatic battle.

Both current UNRWA Commissioner General Pierre Krähenbühl and UNRWA spokesman Chris Gunness were born years after UNRWA was meant to dissolve.
Today, however, not only do both agencies exist, but they count refugees differently.

UNRWA alone bestows refugee status upon subsequent generations. Therefore, even though only about 10,000 of the approximately 700,000 Palestinian refugees from 1948 are still alive, UNRWA counts more than five million today. If the UN applied the same definition to those displaced by the 1947 partition of India, there would be more than 200 million refugees in South Asia.

Nor does UNRWA’s track record make it worth saving. Rather than teach tolerance, its textbooks preach incitement. UNRWA teachers have moonlighted as Hamas terrorists and terrorists use UNRWA schools as weapons depots.

Administrators pleading ­ignorance shouldn’t excuse; rather, it is just evidence of poor oversight and an agency out of control.
The problem is deeper, however. For almost a quarter of a century, the Palestinian Authority has acted as a shadow state.
But if UNRWA — using Australian and other money — promises to take care of housing, education, and support, why shouldn’t the Palestinian Authority or Hamas spend money on terror pensions, terror tunnels and rockets?

In recent weeks, Palestinian Authority chairman Mahmoud Abbas has unleashed a stream of invective, Holocaust denial and anti-Semitism that would make even former ­Iranian President Mahmoud Ahmadinejad blush. An aid cut forcing Palestinian leaders to be accountable to their people might be a shot of adrenaline for good governance, Palestinian realism, and peace.

This is why the United States has slashed its contribution to the UN Relief and Works Agency for Palestine Refugees (UNRWA) by more than half, to $75 million. If Prime Minister Malcolm Turnbull and Minister for Foreign Affairs Julie Bishop value peace, it’s time to cut off UNRWA and ask UNHCR to take over.

It’s time to recognise that, legally, Palestinians living in Gaza and the West Bank — that is, within the bounds of historical Palestine — shouldn’t be considered refugees, but rather settled, and no longer entitled to Australian tax money.

The Palestinians deserve better. UNHCR is technocratic and apolitical, while UNRWA is an amplifier for radicalism and waste. And every dollar spent on UNRWA is money denied to Syrian, Rohingya and South Sudanese refugees who are far needier.
UNRWA was right in 1951. It’s time to end its mission.

Michael Rubin is a resident scholar at the American Enterprise Institute.