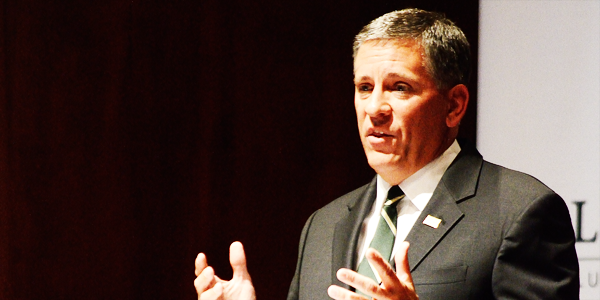 We are 60 religious, education and civil rights organizations who are deeply concerned about the “Cal Poly Students’ Demands,” published last month. Signed by “The Drylongso Collective,” which consists of various Cal Poly registered student organizations, the document’s demands include the following:

“We want an increase in ASI funding for ALL cultural clubs, with the exception of organizations that are aligned with Zionist ideology.”

While acknowledging these students’ right to express their opinion, we must point out that the demand to exclude students “aligned with Zionist ideology” asks ASI to curtail the allocation of funding to certain groups simply because they do not agree with their opinions. Demanding that only Zionist groups be excluded from a request for an increase in student government funding is both hateful and discriminatory, and its implementation at a state university would be a violation of the legal obligation to allocate funds in a viewpoint neutral way. In addition, the implications of this statement for the safety and well-being of Jewish and pro-Israel students on your campus are highly troubling.

And this is exactly what we are seeing at Cal Poly SLO. Many Cal Poly Jewish students are reporting feeling frightened, concerned and deeply troubled by this exclusionary behavior. Without intervention on behalf of the university, we fear the situation may continue to escalate as it has in the past at other schools.

We therefore urge you to take the following steps to ensure that ALL students at Cal Poly — including students who identify as Zionists because of their religious belief, ethnic identity, national origin, or political persuasion — are free to express their opinions, beliefs and identities and to fully participate in campus life, now and in the future:

1. Review, update and diligently enforce campus policies and procedures to guarantee that all members of the campus community, irrespective of their opinions, beliefs or identity, are equitably and adequately protected from intolerant behavior that infringes on their freedom of expression and denies them equal rights.
2. Ensure that prompt and appropriate disciplinary measures are taken when any individual or group engages in behavior that suppresses the freedom of expression or civil rights of others.
3. Develop protocols for vetting the establishment and yearly renewal of university-approved student groups, to determine whether a specific campus group has engaged in the unlawful suppression of others’ freedom of speech or civil rights. Any whose members have repeatedly engaged in such behavior should be appropriately disciplined as per school procedures should the group fail to modify conduct that intentionally harms others on campus.
4. Develop educational and training programs that can:
· Help members of the campus community to recognize and avoid intolerant behavior that suppresses others’ freedom of expression or denies them equal rights, and to be aware of all campus policies and procedures regarding such behavior; and
· Teach and encourage the expression of a wide range of views in a productive and respectful manner.
5. While the above recommendations describe long-term and on-going efforts, one important step that can be implemented immediately is to issue a campus-wide statement assuring all students that they will be equally protected from peer-on-peer harassment that violates their rights to freedom of expression and full participation in campus life. To be effective, the statement should include a description of all University policies and state and federal laws that prohibit harassment and discrimination, along with a firm commitment to their equitable enforcement for all students, regardless of identity, opinion or legally protected status.

Thank you for your leadership and defense of the freedoms and rights of all Cal Poly students.