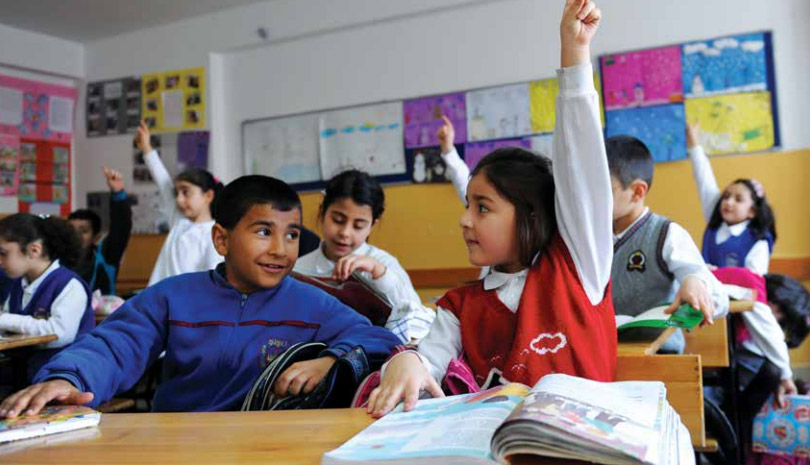 A journalist and constituent of Sen. James Risch (R-IDAHO), the chairman of the US Senate Near East Subcommittee of the Senate Foreign Relations Committee asked the GAO (Government Accountability Office) the status of the GAO investigation of Palestinian Authority school books now used by UNRWA, the United Nations Relief and Works Agency, which are rife with indoctrination to war. (1)

Senator Risch had requested the GAO study after an Idaho constituent introduced the Senator to the findings of the Center for Near East Policy Research, which purchases, translates and evaluates all schoolbooks that Palestinian Arab children learn in all UNRWA schools.

Chuck Young, managing director of public affairs of the GAO provided the answer for Senator Risch: “I checked with our team doing the work on Palestinian textbooks that you inquired about. The work is scheduled to be completed and go to the requester, Sen. Risch, the last week in April, though the date could always slide a bit. During the course of the work, the State Department indicated the report will need to be classified and cannot be released publicly. GAO must follow such classification decisions so we do not expect to issue a public report at this point. It would be available only to those with the necessary secret security clearance and a need to know, such as Members of Congress”

The question remains: Will any member of the US Congress, in the US Senate or the US House, now ask to read and publicize the findings of the GAO investigation of the PA school books now used in the UNRWA schools?

After all, these schoolbooks reach half a million students of UNRWA and are publicly disseminated.

Why should the content of PA school books paid for in part by the US government not be disclosed?

How can the State Department not want to disclose what half a million students study in US funded UNRWA schools?

After all, The US donates 30% of the $1.2 billion UNRWA budget. 54% of the UNRWA budget is allocated to UNRWA education.

In September 2016, Senator James Risch reviewed studies of PA textbooks used by UNRWA conducted by The Center for Near East Policy Research, which showed that UNRWA education had regressed into war indoctrination. Following that, Senator Risch, in his capacity as chairman of the US Senate Near East Subcommittee, formally requested that the GAO conduct a formal investigation of UNRWA education.

In September 2017, the Center for Near East Policy Research brought Senator Risch a new study of the 2016 -2017 schoolbooks, financed in part by the Simon Wiesenthal Center and published by the Meir Amit Intelligence and Terrorism Information Center. (2)

On May 3, 2018, in private official correspondence, Mr. Young of the GAO confirmed that their report on UNRWA education was completed. In the next sentence, Mr. Young affirmed that the US Government had classified the report and that it would not be shared with the public.

My theory: Since all indications are that this will be a scathing report which will document that Palestinian Authority school books used by UNRWA work against peace and recognition, publication of such a report will make it impossible for the US government to maintain its policy that the nascent Palestinian Authority constitutes a peace partner.