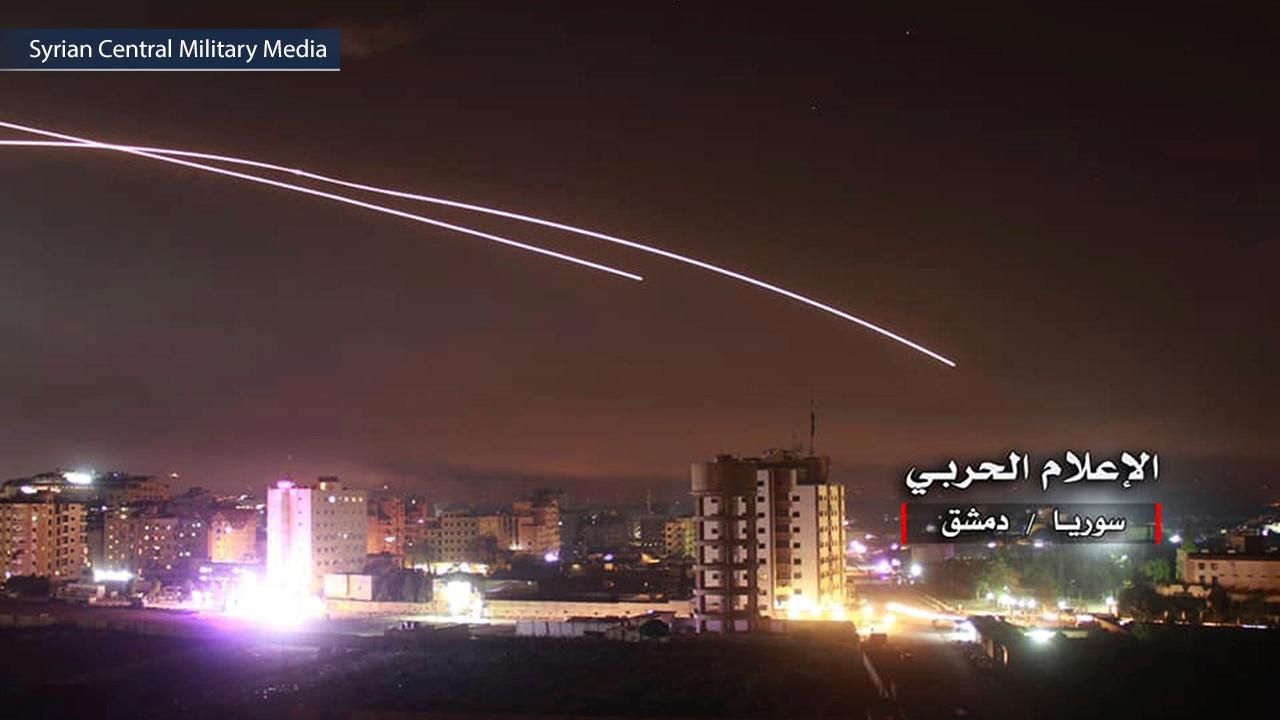 Israel responded forcefully early Thursday to about 20 Iranian missiles launched from Syria just after midnight local time against the Jewish state – and handed Iran a painful lesson in strategic deterrence.

Israeli warplanes and missiles hit about 70 Iranian military targets in Syria and killed an undetermined number of Iranian Revolutionary Guards Corps fighters and Syrian soldiers, according to early reports.

Iranian boasts about the invincibility and power of their forces were exposed as one more lie in the long series of lies by the Islamic Republic.

Targets of the Israeli counterattack against the unprovoked Iranian aggression included the main Iranian Revolutionary Guards base near Damascus, military positions of Hezbollah terrorist fighters, Syrian air bases used by Iran to launch drone and missile attacks against Israel, and much more.

As far as we know so far, no Israeli aircraft were hit, nor did Syria launch its Russian-supplied S-300 air defense missiles against Israeli jets. That may have been the result of Israeli Prime Minister Benjamin Netanyahu’s trip to Moscow on Wednesday, where he spent 10 hours with Russian President Vladimir Putin, ostensibly to commemorate the allied victory over the Nazis in World War II.

When the smoke clears, Israel’s coordinated strike will be compared to its June 1982 pre-emptive strike against Syria’s air force and air defense systems in Lebanon’s Bekaa Valley.

That earlier battle was the first time Israel used the F-4 “Wild Weasel” and was the first modern air battle using electronic warfare. The result: Israel destroyed Syria’s air defenses and shot down 85 Syrian aircraft, while losing none.

For weeks, Iran has been threatening military strikes on Israel. In mid-April, the commander of Iran’s regular army, Brig. Gen. Kioumars Heydari, proclaimed that “the date has already been set” by the Iranian leadership for the destruction of Israel.

Many Iran “experts” typically dismiss such warmongering bombast, since Iran’s leaders have been making empty boasts about their military might for years.

But given the enormous military buildup over the past two years by Iran in Syria, Lebanon, and in Gaza – resulting in Iranian-backed forces and the Iranian Revolutionary Guards now bracketing Israel on all three sides – Israel’s leaders have been taking such warnings seriously.

Over the past few days, Israel picked up indications of unusual Iranian and Hezbollah military activity in Syria, and rushed additional missile interception systems to the Galilee and the Golan Heights.

The Iranians were warning that they intended to strike back against Israel in retaliation for isolated Israeli strikes against Iranian positions in Syria over the past two weeks.

On Tuesday Israel issued a partial call-up of reservists, a move it rarely takes unless it believes hostilities are imminent.

When the Iranian missiles struck Thursday morning, Israel was well-prepared. According to the Israel Defense Force, Israel’s Iron Dome anti-missile system intercepted several of the Iranian missiles, while others fell harmlessly to the ground inside Syria.

So far, the reaction in Tehran to the new outbreak of fighting has been strangely muted.

There is always the possibility that Iran could strike out massively against Israel – unleashing the 150,000 rockets it has supplied to Hezbollah in Lebanon and ordering its proxies in Gaza to launch waves of children to assault Israel border posts in the hopes of provoking a massacre. However, I suspect that fear of a massive Israeli attack on Iran itself will keep the Iranians in check.

Why? Because Israel has been laying the groundwork through strategic deterrence well before this latest skirmish.

The astonishing intelligence coup of Israel’s Mossad foreign intelligence service in spiriting away Iran’s Atomic Archive from highly secure vaults in downtown Tehran spooked Iran’s leaders. That Mossad could strike in Tehran itself, at the most carefully guarded secrets of the regime, has shaken Iran’s leaders to the core.

The intelligence triumph also made Iranian leaders appear weak in front of their own people. Israel’s new strikes inside Syria have accentuated that impression of weakness.

Iranian Quds Force commander Maj. Gen. Qassem Suleymani is trying to spin the attacks on Israel as a great Iranian victory. This is absurd.

An artistic rendering on his Instagram page, which is very popular in Iran, shows Suleymani punching Israeli Prime Minister Benjamin Netanyahu in the face while carrying an Iranian flag.

I believe the fantasy cartoon is a tell. And what it shows is that the Iranian regime is desperately looking for ways to declare victory, cover up its weakness and go home.

Iranian government leaders understand that they remain in power for one reason only: the Iranian people believe they are powerless to overthrow them.

Israel has struck Iran where it is most vulnerable. The Mossad coup, coupled to the Thursday morning Israeli strikes in Syria, have sent an unmistakable message to Iran’s leaders and to the Iranian people: the Iranian regime is weak. It is vulnerable. It can be toppled.

So how will the Iranian regime respond? Will it lash out in a desperate attempt to show that it retains its power, that it remains invincible? Or, fearing Israel’s military might, will Iran’s leaders cower in fear?

If I were a betting man, I’d put my money on them cowering. After all, no Iranian leader has yet to die from committing suicide, even though they have urged others to do so. They are survivors.