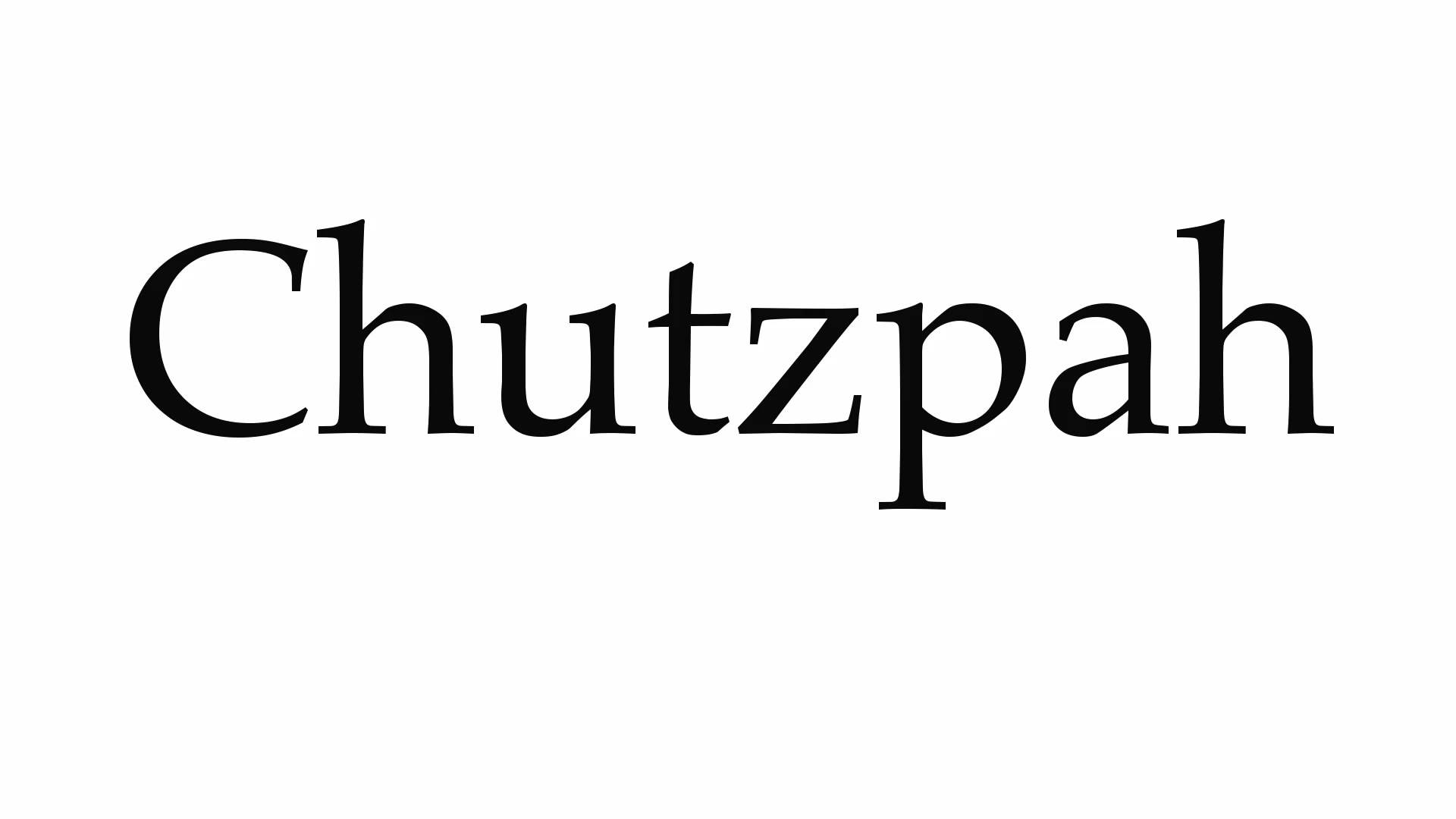 We live at a time when even the most outrageous behaviour is accepted as normal…writes Michael Kuttner.

Having been at the receiving end of this sort of attention for thousands of years most Jews have inevitably developed a super thick skin and devised methods for dealing with this phenomenon. In the course of many generations a certain brand of Jewish chutzpah has evolved and this is no more evident than in Israel. Faced with endless efforts to eliminate, delegitimise and boycott it the Jewish State has perfected the art of surprising even its most blatant adversaries.

Perhaps this is why the frustration level on the part of those who hate us has been steadily rising. It certainly brings the art of chutzpah to an entirely new level.

One would have thought that after over seventy years of failed efforts those Arabs who today claim dubious Canaanite ancestry and deny any sort of valid Jewish presence in the Land of Israel might have realised the absurdity and futility of their cause. Logic should have dictated that by now they would have sat down and reached some sort of accommodation with us. Logic however has never been their forte because if it had been they would not now find themselves in the morass they have self-created. Instead, every week that passes highlights increasing self-destructive chutzpah which in turn only leads to more dead ends and miserable results.

The increasingly geriatric and out of touch Ramallah leadership stands out as a shining example of chutzpah incorporated. Abbas has never missed an opportunity to “miss the bus” and as a result the people he claims to lead are headed for further disasters. In this wild ride to nowhere he and his colleagues are fortified by the attitudes and encouragement of a morally bankrupt international community. When he hears for example the New Zealand Prime Minister state: “the deaths of Palestinians in Gaza at a protest were “a devastating, one-sided loss of life” and then sees the media and the rest of the UN (except for the USA & Australia) jump on the knee-jerk bash Israel bandwagon, his natural reaction is to devise even more chutzpadik strategies. Perhaps he instead should have listened to what Richard Kemp a British internationally respected expert on terror tweeted: “New Zealand talks about a one-sided loss of life in Gaza conflict. Presumably she won’t be happy until there are some dead Jews. Shocking and Shameful from a civilised country.”

Thus from his hospital bed in Ramallah he is photographed reading a local newspaper which features a large cartoon whose anti Jewish caricatures are taken straight out of the Nazi era. The Dutch are not far behind with their state TV showing a parody of Israel’s winning Eurovision song with anti Israel/Jew lyrics and images substituting for the real thing. With encouragement like that it is no wonder Abbas then proceeds to his next act of chutzpah. Accusing Israel of every war crime against humanity that he can dredge up from his fevered mind, claims of mind-boggling proportions are being lodged at the International Criminal Court. Sensing that he is onto a winning streak after the recent usual UN Human Rights Council condemnation of Israel it is obviously full speed ahead with diplomatic terror tactics.

This entails a non-country called Palestine joining international organisations with the primary objective of having Israel condemned, censured and investigated. Backing up the corrupt PA in its endeavours is a motley collection of Islamic nations plus other countries not renowned for either their democratic or human rights achievements. More shamefully is the regular spectacle of mass abstentions by liberal and self-professed champions of freedom. This is how the UN and international bodies have been corrupted and subverted. If that is not chutzpah I do not know what else it could be.

One does not have to look too far to find other suitable candidates indulging in actions which qualify for a chutzpah award. The aspiring sultan who wishes to restore Ottoman tyranny once more heads the list of those vilifying Israel with the most vile language and shameful slanders. Close on his heels we have the Mullahs of Teheran who with Turkey provide oodles of money to terror groups and support those seeking to murder Israelis. Thanks to the Obama Administration the Iranians have plenty of goodies to hand out. It will be interesting to see how quickly President Trump can turn off the money fountain. The EU will of course try to find ways to circumvent any ban. This is chutzpah in action because at the same time as they admonish and warn Israel against taking steps to defend its citizens they are cozying up to those who work feverishly to achieve Israel’s demise.

Many observers speculate that when Abbas finally leaves the scene a glorious opportunity for peace and harmony will suddenly materialize. Sadly this is another mirage woven by those who are totally detached from reality. In actual fact whoever eventually takes over is likely to be more of the same and even more extreme. Having indoctrinated a whole population and succeeding generations with the belief that Jews are evil and have no right to be here the very idea of living in peace is traitorous.

Take a look at this latest video produced by the Center for Near East Policy Research and then decide whether an era of goodwill is about to dawn.

In response to Israel withholding funds used by the PA to reward terrorists and their families an unnamed PA official angrily declared:

“Israel must pay us so we can pay the martyrs.”

That is definitely chutzpah unlimited.