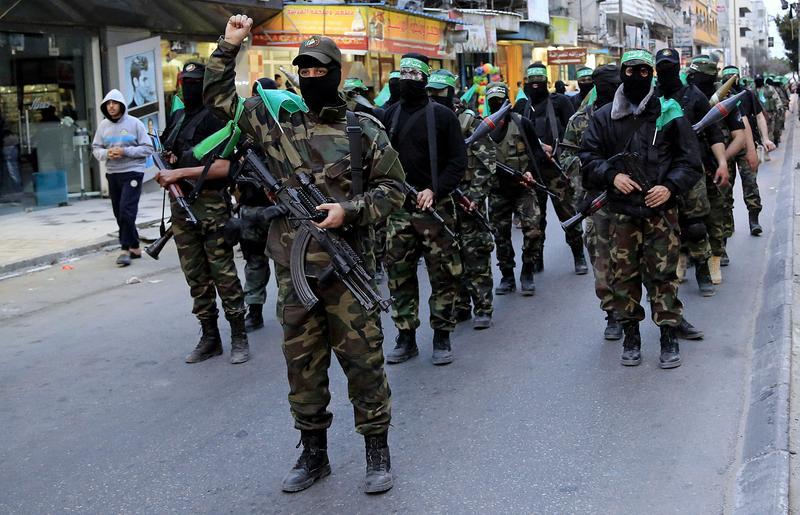 The Jewish People have been on the frontline throughout their long three thousand years history…writes Michael Kuttner.

After seventy years of re-established independence, Israel, the Jewish homeland, still finds itself manning the battlements against those whose aim is to destroy it, delegitimise its presence and deny its authenticity.

In addition Diaspora Jews worldwide now find themselves once again facing threats to their lives and their way of life. Millennia of facing such challenges should have taught us a thing or two but unfortunately, in many cases past painful lessons have still not been learnt.

This past week has highlighted yet again what it means to be on the frontline.

Once again a young Arab man, poisoned since infancy by years of hate against Jews murdered two young Israelis who left behind grieving spouses, babies and youngsters, parents and siblings. Employed at one of the industrial parks where Moslems and Jews work side by side and wherein theory tolerant relationships are supposed to be fostered this terrorist instead decided to murder Jews and in his words “face Allah.” There are many such places of employment and generally they provide employment to thousands who would otherwise be unemployed. Generally speaking this has been a success and it is fair to point out that many Arabs feel genuinely horrified over the acts of those who have become so infused with hate that they resort to terror.

Nevertheless the stark fact remains that there exists a substantial hard-core of radicalised individuals who conditioned by years of exposure to PA, Hamas, Hezbollah and other such groups brainwashing feel it their holy duty to murder and maim. The education system of the PA and UNRWA schools is infused with the vilest lies and slanders against Israel and Jews. The absence of a concerted campaign by Israel and the international community to eradicate this scourge, unfortunately contributes to graduates of these schools aspiring to engage in terror. The Center for Near East Policy Research has been on the frontlines for many years to combat this scandalous situation and its exposure of how children are being programmed to kill is slowly gaining ground. Translating textbooks which teach hate and filming summer camps which train junior terrorists and then showing the evidence to Parliamentarians in various countries are just some of the methods being employed to shine a strong light on a dirt secret long deliberately hidden from view.

This week one of Israel’s most respected journalists and commentators wrote an excellent expose of the situation. It deserves to be widely read and will hopefully galvanize hitherto reluctant authorities to do something about it.

Meanwhile, flaming balloons and kites from Gaza continue to destroy dunams of Israel’s landscape. One would have thought that by now our experts would have figured out a simple way to thwart this terror. Is it a lack of will to act forcefully which results in continuing arson? One does not need missiles to knock these primitive things out of the sky. How about a team of sharpshooters? This must be a perfect opportunity to practice shooting skills. The daily burning of tires is causing carcinogenic pollution to the communities bordering Gaza and the fact that this is allowed to continue is a scandal. How about using fire fighting planes to douse the perpetrators, their tires and kites with fire fighting chemical retardant? This would douse both the arsonists and their material quite effectively. In answer to anyone who might protest that the retardant would harm those involved, my answer is clear – too bad.

Feeble responses to terror and misguided fear of bad publicity merely perpetuate the problem and embolden those carrying out these acts.

This brings to the fore the perpetual conundrum which has faced Diaspora Jewish communities over the ages, namely how to respond to Judeophobia in the most effective manner. There are basically two schools of thought. Fight it head on with all the resources at your disposal or sweep the problem under the carpet and hope it all blows over.

Tackling Jew haters up front and shaming them publicly has never been the preferred method of establishment leaders most of whom preferred to keep things quiet. The Holocaust years proved that this was an abject failure and as a result since that time a more pro-active approach has been evident. The fact that Israel exists has also given an added impetus to a more muscular response in the face of a rising tide of resurrected conspiracy theories and hoary old libels.

However weird anomalies abound. In the USA where the assimilation rate amongst non Orthodox Jews has reached alarming proportions the majority align themselves with rabid left wing deniers of Israel’s legitimacy. Instead of openly declaring their divorce from such manifestations of historical revisionism the unelected leadership tries to minimize the damage. This is doomed to fail and before they know it the Bernie Sanders followers and assorted other hangers on will have taken over the Democratic Party and then it will be too late.

The same trend is occurring in the UK. The Labour Party has been taken over by the extreme left and its leader is poised to become the next Prime Minister. Anti-Semitism of the vilest kind has bubbled to the surface and the groundwork is being laid for extreme anti Israel policies. To its credit the British Jewish leadership, usually low-key and polite, has managed to show some fight and galvanized the community to openly demonstrate its displeasure and outrage. It’s most probably too little and too late but it’s better than nothing.

Old habits however die hard. In a recent JC column a prominent Jewish journalist claimed that the Jewish Community’s stand against anti-Semitism has actually increased it. In his opinion people prefer quiet Jews to loud, noisy ones!!

Obviously, some never learn that being on the frontline means being seen, heard and feared.