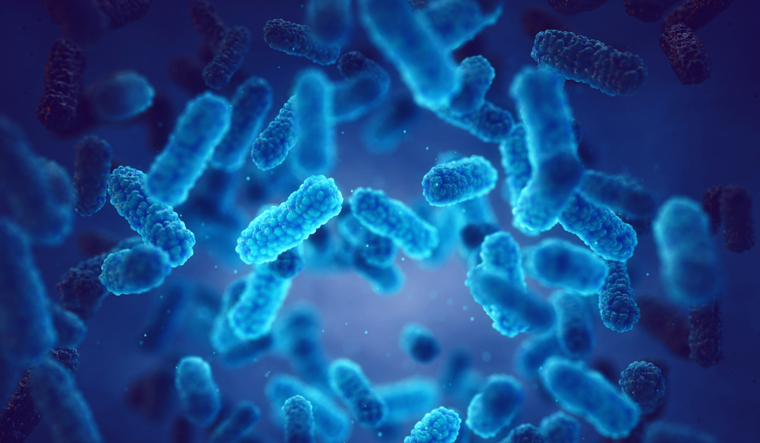 Like polio which devastated the lives of so many in past years, these afflictions can be avoided if only adults would take responsibility for their actions.

One highly infectious malady which seems to be immune to any sort of preventative measures and which has survived several millennia is the seemingly irrational hatred of Jews and their national home. No matter how many times attempts have been made to prevent and eradicate this virus it continues to flourish and moreover infect all parts of the world including places where Jews have never lived.

In recent times a resurgence of vicious hate has manifested itself. Those who were lulled into a false sense of security thinking that the lessons of the Holocaust would have inoculated future generations are now cruelly aware that theory is no longer valid. Others who thought that assimilation and keeping a low profile might guarantee immunity are doomed to a shocking reality that this age-old myth is once again a failure. Self-loathers of their own heritage are likewise not protected because at the end of the day even though they might try hard to distance themselves from their own ethnicity and the Jewish State it won’t help them. Despite museums, memorials, visits to Poland and worthy educational outreach the stark fact remains that the vast majority who will never be exposed to any of these inoculation efforts are succumbing to the rising epidemic.

Unfortunately, there are still too many who live in denial or who believe it is overblown. I have lost count of those who tell me not to be alarmist and who would rather I concentrate on less depressing things. Of course, there are plenty of positive developments to boast about but we ignore at our peril the increasingly strident and virulent threats to our survival whether as Jewish communities in the Diaspora or here in Israel.

Carnival capers: Eerily reminiscent of European mediaeval anti-Jewish religious pageants, a town in Belgium featured a float at a carnival depicting grotesque hook-nosed Jews dressed in Chassidic garb standing on bags of money and featuring rats as part of the props. The fact that this blatant piece of crude Judeophobia can be part of a local carnival attests to the worrying trend in Belgium and elsewhere in Europe that this sort of thing can be staged with impunity. The response of the promoters and the Mayor that this was “humour and people should stop living in the past” merely emphasizes the scope of the disease now ravaging many countries in Europe.  The same sort of “artistic” endeavours also permeate other places where puppets and figurines of stereotypical Jews are on display in markets and shops.

Graffiti erupts in France: French Jews are once again facing a virulent eruption of hatred against them personally as well as their cemeteries and properties. It is reaching such proportions that once again it is forcing many to question whether they have a future in the country. Despite forceful denunciations by the President, the stark fact remains that once again the Jew hate genie is well and truly out of the bottle and on the rampage. Unfortunately, some of the victims, as in other countries, remain oblivious to the fatal implications.

UK Labour disease: In the UK meanwhile the main opposition party continues to be convulsed by scandals and accusations of Jew and Zionist hatred. There is no doubt that should Labour ever come to power not only would Israel be faced with arms embargoes and other sanctions but the loyalty of British Jews already queried would become another factor. This infectious contagion has already and inevitably morphed onto university campuses and other sectors of society.

U.S.: The new crop of Democratic legislators has already become embroiled in countless examples of anti-Jewish and anti-Israel rhetoric which threatens to poison the atmosphere. Shamefully those touted as “progressive socialists” are not being combated and they continue to be influential on various Congressional committees.  Will this become the new norm for the Democratic Party? Weak action is exactly how the extreme left infiltrates and captures what once were moderate & informed political groups. Meanwhile at a university in the USA Jewish students were advised by Hillel to “keep a low profile” during anti-Israel week activities. Is this really the best way to fight hate and deligitimisation? Has keeping a low profile ever succeeded in combating this disease? If this advice gains mainstream traction then together with galloping assimilation it will hasten the demise of Jewish life there.

UN and friends: The UNHRC has been busy again with false accusations against Israel. Their European cheerleaders chastise us for deducting “pay for slay” amounts from transfers to Abbas and his cronies.

Political terrorists: What is the difference between Hezbollah’s military and political wings? One wears a uniform and the other wears a suit and tie. Both are dedicated to Israel’s destruction and the murder of Jews. Belatedly the UK Government has woken up to this fact and has designated the political party as an equal promoter of terror. Needless to say, this caused an outpouring of condemnation from terror patrons in Iran. In contrast, Germany which purports to have our best interests at heart and the EU refuse to follow suit. Australia has promised to “think about it” which I suppose is better than pretending reality does not exist. New Zealand, on the other hand, maintains silence on the subject no doubt hoping that nobody will notice and thus they will escape having to take a principled stance.

Close to home: The terror rulers of Gaza threaten that unless we allow more transfers of protection money they will step up attacks. Already the flaming balloons and kites are coming our way and unless our politicians take firm action there will be a repeat of last summer’s disastrous arson. It has been revealed that Hamas is sending children as young as eight years to the border and promising them payment of US$83 if they get injured. Of course, the usual human rights advocates are silent.

Almost on a daily basis infectious hate is spewed forth from Ramallah which inevitably goes viral and finds receptive audiences locally and worldwide. It’s not just the school textbooks which indoctrinate the next generation. It is vile material such as this (courtesy of PMW):

We ignore and trivialize these attacks on us as individuals, groups, communities and nation at our peril. History should have taught us by now that lies have a habit of becoming accepted as truths especially if we do nothing about them.