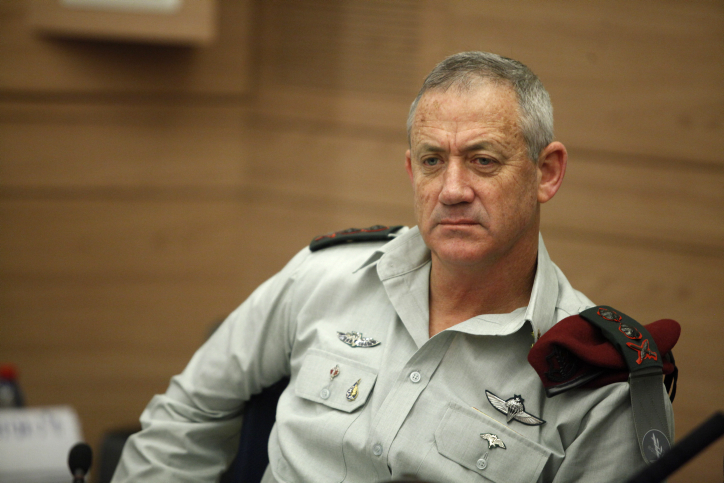 Bennie Gantz’s military career was torn to shreds in a feature article in the magazine section last Friday’s edition of the left wing Haaretz.

Haaretz pulled no punches, starting with details of how Gantz screwed up on his year long assignment to prepare for then PM Ehud Barak’s chaotic retreat for Lebanon and concluding with his fiasco in failing to prepare the IDF, as Chief of Staff, to deal with the Hamas assault tunnels reaching across from the Gaza Strip.

Again. This wasn’t in right wing Makor Rishon or B’Sheva. It was in Haaretz.

One would think that Gantz’s dismal military record would be the focus of the Likud as it pushes back against the rival Blue White party he heads that now polls more seats than Likud.

Instead Likud attacks Blue White for being “Left”.

Yes. It is Left. But you need at least a 15 second attention span reading their platform to understand that. And that’s 10 seconds more than Israelis typically are either willing or able to invest.

So why isn’t Likud citing Gantz’s screw ups, failures that are so graphic in their nature that even a 5 second attention span can comprehend them?

It’s the elephant in the room: Since Gantz served as Chief of Staff under Prime Minister Netanyahu despite his prior failures that means that Netanyahu screwed up by having him on his team.

With weeks left to the campaign Likud has to bite the bullet and make it clear why a failure like Gantz has no business being prime minister.

Likud Minister Ze’ev Elkin today made a move in that direction, noting that Gantz was appointed by then Defense Minister Ehud Barak and that Netanyahu “only” approved the appointment.

Getting people to think about Gantz’s incompetence could be a game changer.

Many voters don’t think that the contours of an agreement with the Palestinians are relevant when choosing a party since in any case there won’t be a deal for the foreseeable future.

So whether Blue White is “Left” or not on Arab-Israeli affairs may not matter to these voters.

But they most certainly may be deterred from casting their ballot for a party headed by a man who consistently screwed up in key military roles.